"Every Picture Tells a Story ... Don't It:" The Road to Staunton, Virginia

Login to Send a Private Message to Stan Deatherage
One Sunday afternoon in December, I took a short trip to Staunton, Virginia and found the trip to this very historic southern city located in the south central sector of the Shenandoah Valley. My son, Stanhope, was my traveling companion, and slowly warmed to the idea that the afternoon would be one of seeing new sights and me taking quite a few pictures along the way from Harrisonburg to Staunton, Virginia. We embarked from the Massanutten Resort, where we were lodging to the college town of Harrisonburg, where James Madison University is located. 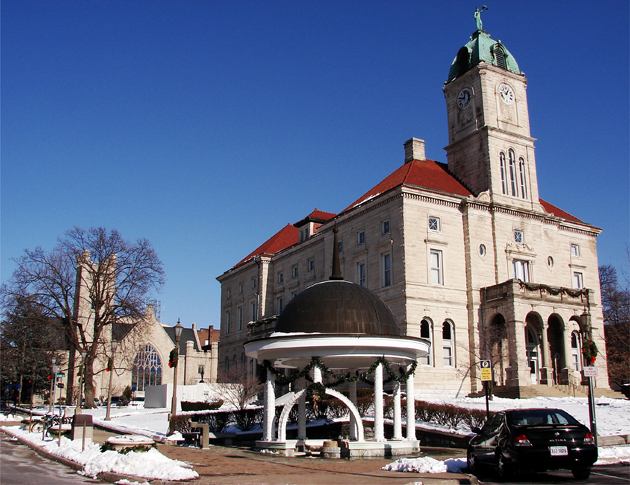 In Harrisonburg, Virginia on this day, three or four days removed from a fairly heavy snowstorm, we see the Rockingham County Court House, which is architecturally Romanesque/Renaissance Revival, from two different views: Above and below. 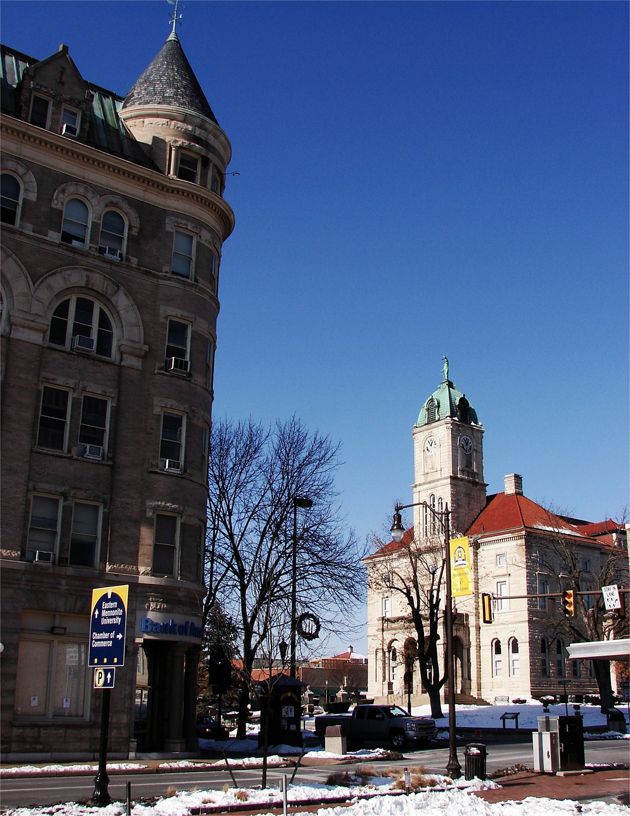 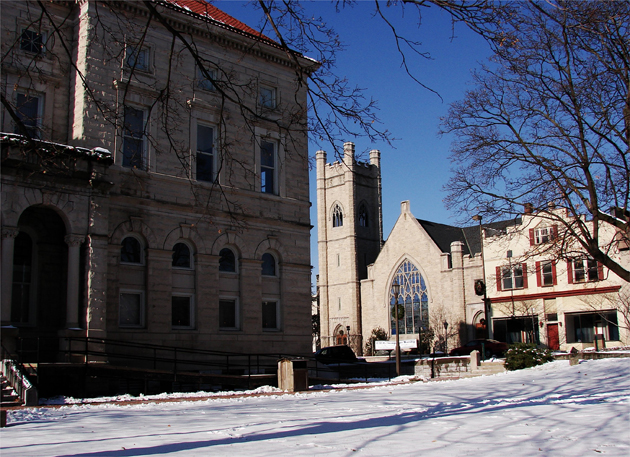 In this downtown Harrisonburg scene, we look around the rear of the Rockingham County Court House to the First Presbyterian Church: Above. Below we have a relief map from Harrisonburg south to Dayton, which we took the scenic highway 42 to get to Staunton: Below. 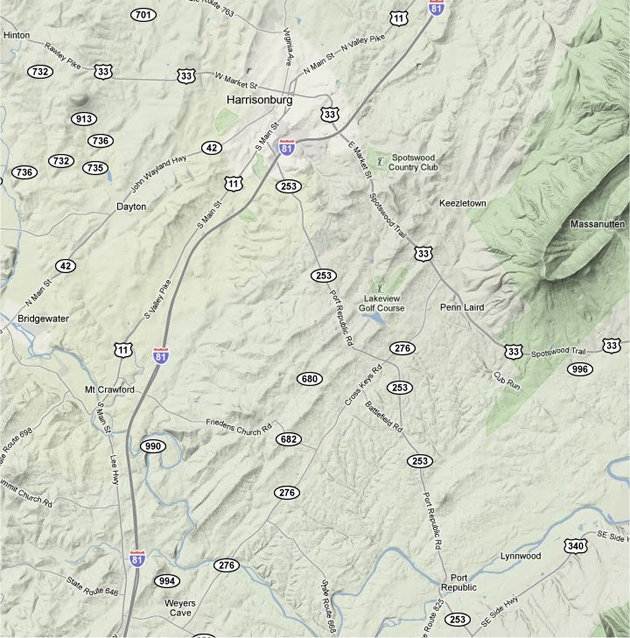 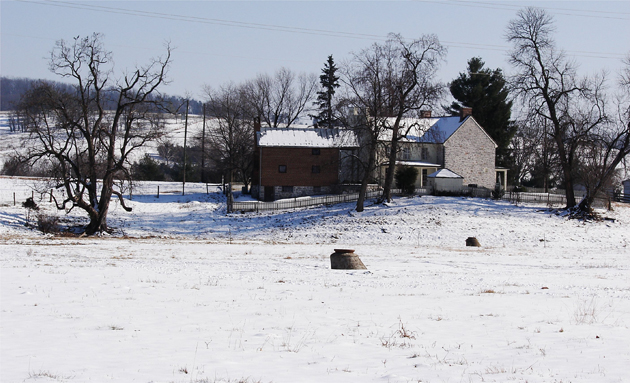 Right on Scenic Highway 42 is the hamlet of Dayton. Surrounded by livestock farms, this community was once the home of Shenandoah Simenary, which opened its doors in 1875. Many of the homes in this Village are of Victorian architectural: Above and below. 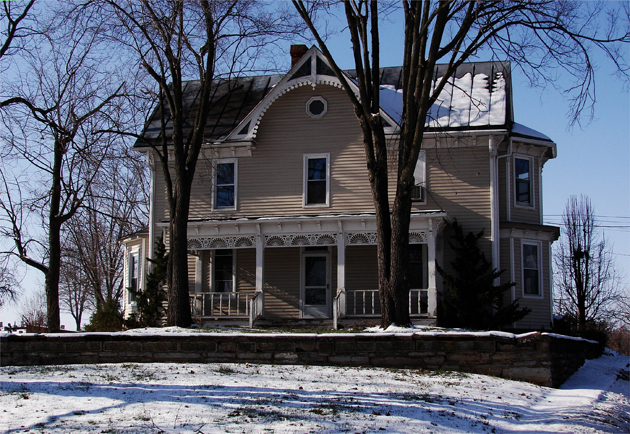 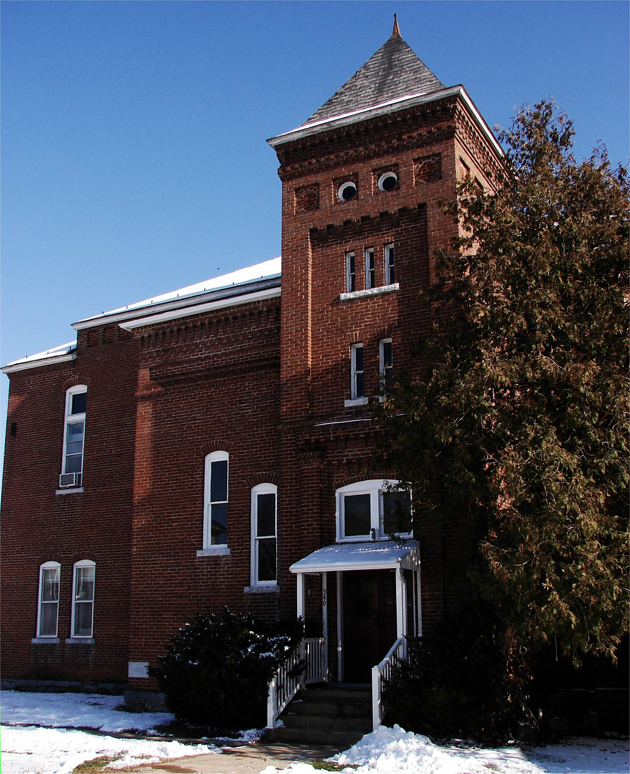 In 1884, the founders of Shenandoah Seminary sold the fledgling college to the United Brethren in Christ Church, which spurned a more developed approach to its transformation to a music college. During this period, The Howe Memorial Building, which is the Italianate-Gothic style used for many turn-of-the-century collegiate buildings: Above. When the school swelled to 275 students in 1910, the Administration Building, which is Greek - Revival architecture, was constructed: Below. 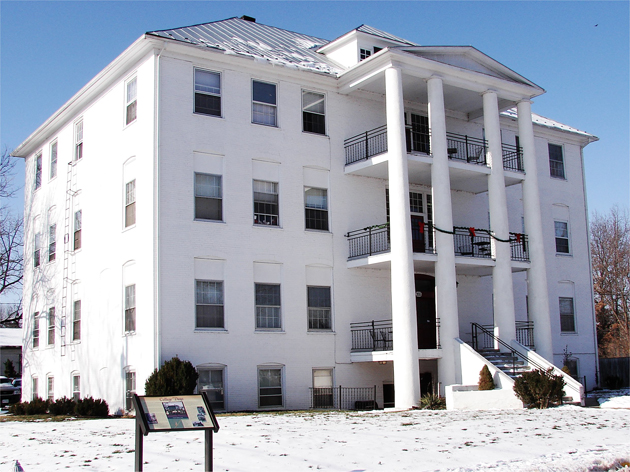