WWLD: Do Facebook and forget Benghazi | Beaufort County Now | I believe once again, I have hit squarely the proverbial nail on the head in regards to today's Democrats.

Login to Send a Private Message to Stan Deatherage
I believe, once again, I have hit squarely the proverbial nail on the head in regards to today's Democrats. This insight of mine is rather unremarkable because it is simply prevalent to the point of a long overdue rant, and nothing more. I'm sure to anger the confirmed Liberal, so you may well be advised to end this reading now if you have that affliction. For other Democrats, whose inner voice is finally telling you that something is terribly wrong in this once great land, you might want to continue.

For starters: What is WWLD?

WWLD (What Would Liberals Do?) is a byline that I initiated some time ago when I spoke to the core of what true liberal Democrats are, how they think, what makes them tick. I was once a liberal Democrat myself long before I became a real adult, so I know where their intuitive ambitions lie, and for the confirmed Democrat, older, staid in their ways, they will never be purged of the affliction, never enlightened, hence for all other inquisitive folk: WWLD?

Twice in the last two days I am reminded of this, their sad predilection: first - over at Facebook (I was snooping and stalking) on a thread began by an older Democrat woman (I actually know these Beaufort County people) embracing ObamaCare, where I witnessed a young non Democrat woman take a contrary position, who was summarily set upon, and eviscerated by a pack of voracious Democrat women; second - all but 2 Democrats on House Oversight and Government Reform Committee held a hearing on Benghazi, walked out on the testimonies of two of the parents of those murdered, forgotten, and unavenged Americans from that Democrat unrecognized terrorist attack of September 11, 2012.

First, the Facebook: WWLD - it was as Southern woman Democrat "beatdown" on this other poor woman, who had the abject temerity to disagree with their accepted group-think, who actually bolstered her position by expressing certain "unimportant" facts such as an unconstitutional law destroying free markets, and setting a precedent for future social engineering, irrespective of the United States Constitution. This poor non Democrat woman incurred the collective wrath from this collusive horde of "enlightened" Democrat women, who, intuitively, had: talked to other Democrats, learned stuff at cocktail parties from fellow imbibers, who knew people, people who might know stuff directly relating to ObamaCare. How nice. This poor non Democrat woman was only armed with lowly pertinent facts, such as the constitutional prerogatives of congress as a checking force against deliberative unconstitutional, and seemingly endless executive orders.

The Southern Democrat women would have none of that boring bunk about constitutional proprietary; they were armed with "cocktail knowledge" and were primed to exact as much pain, by pack, as was possible. A moment of levity - at least for me - was when an older Democrat man intended to wax wise and prophetic against all things Republican by his pronouncements, agreeing with this wilding pack of liberal Democrat women, seeking inclusivity, but was largely ignored by the pack's hierarchy, and ultimately just faded into the rear echelon of these raging Southern Democrat women, indistinguishable in substance, arbitrary in purpose. 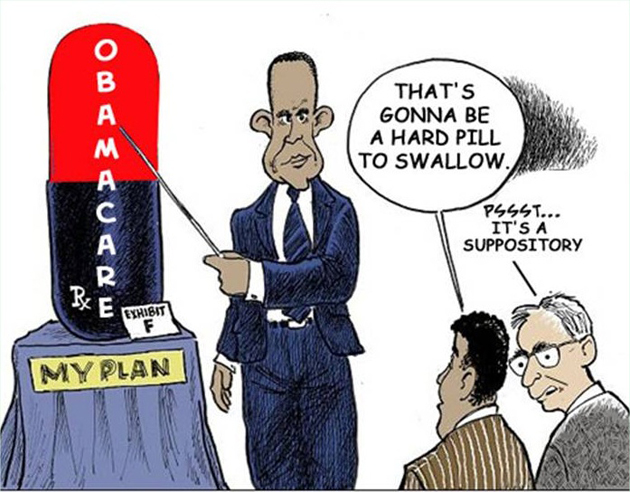 It was at this point that I decided that I should jump into this bombastic fray, while well considering the futile efforts of the older Democrat man, but the best I could come up with was CATFIGHT! Thank God that my wife, Lynn, was there to save me from a similar embarrassment as suffered by the insignificantly ignored older Democrat man.

Eventually the multi-hour "catfight" devolved into the collusive accusation that the younger non Democrat woman was a dreaded "FOX News lover" and furthermore, that pack of Democrat women asserted that Jesus would not be so bold as to go against their organized pack in defense of ObamaCare. Fortunately no Republicans were called racists ... not yet.

Second, Benghazi: WWLD - Democrats want this "phony scandal" over with: no accusations, no reflection for the correction to policy, no acknowledgement of the inept in practice, or the heroic in deed.

Now, after over one year since the Benghazi terrorist attack, America's phony president, Barack Hussein Obama, and his minions: Hillary Benghazi (to make reference to her legacy) Clinton, and Susan "I just can't tell the truth" Rice did repeat, ad nauseam, as the causal motive for that attack, was "this heinous, vile, disgusting, offensive video, which the United States had nothing to do with" talking points. These oft repeated lying points, in various derivations, may well be the biggest gang of lies of the 21st century, all to cover-up Candidate Obama's muslim-apology-tour-leading-from-behind foreign policy that has become, sadly, the acknowledged joke for all good people that can actually form rational semi-complex thoughts of how stuff works ... or should work.


This pathetic Democrat woman, former UN Ambassador Susan Rice, was well rewarded for her deceptions, with a promotion to director of the NSA, even after being caught in her web of lies during the subsequent Sunday morning news show extravaganza explaining Behghazi. See her spin that September, 2012 morning's deceit here below:

On Thursday, September 19, 2013, the House Oversight Committee hearing on the Benghazi met with the parents of the Behghazi terrorist attack victims: Navy Seals' Hero Tyrone Woods's father Charles Woods, and Diplomat Attache Sean Smith's mother Patricia Smith met with the committee. To protest the victims' parents' meeting with this congressional committee over the Benghazi issue, 12 of the 14 Democrats, who serve on this committee, walked out of the meeting and walked out on these murdered victims' parents.

I well understand why these liberal Democrats endeavor to support their leader, Candidate Obama, after his massive and total debacle in Benghazi, and the resultant cover-up, but to walk out on the parents of their deceased sons, who were murdered in the service of this nation; bad idea. Remarkably, Democrats have a way of successfully legitimizing their politicians' bad behavior to their strident base. It is a remarkable anomaly.

Consequently, after this news of these 12 congressional Democrats' pathetic performance, I did think back to that poor non Democrat woman on Facebook, assailed by that pack of Southern Democrat women, group-thinking as an intellectual pack of vapid wolves, their clear purposeful intent to protect Candidate Obama, and his poorly considered policy, and one must question: How is this pack of Democrat women different in purpose than the congressional Democrats that walked out on Charles Woods and Patricia Smith. It simply appears that with some Democrats the end always justifies the means ... or was that Saul Alinsky ...