Attempting to Flee in Aurora 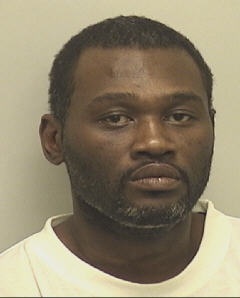 Gemean Tiyoung Moore
On January 3, 2014, at approximately 11:13 p.m., Deputy David Tyson with the Beaufort County Sheriff’s Office Patrol Division was within the city limits of Aurora, NC. Deputy Tyson observed a vehicle being operated without working tail lights near the intersection of Highway 33 and 5th Street. Deputy Tyson initiated a traffic stop on the vehicle. The driver stopped briefly on John Street then sped off before Tyson could approach the vehicle.

Deputy Tyson notified Communications that the driver was attempting to flee. Tyson followed the vehicle with blue lights and siren activated. The driver stopped the vehicle on South 7th Street in Aurora then fled on foot. Deputy Tyson apprehended the driver after a short foot chase. The vehicle driven by the suspect was seized under the NC “Run and Done” statute and searched. Marijuana and drug paraphernalia were discovered in the vehicle.