Fruit Fly Research Sheds Light on Stem Cell Function | Beaufort County Now | Researchers believe stem cells may be a key to resolving birth defects and diseases such as cancer, and now a project in East Carolina University's Department of Biology is aimed at better understanding the properties and mechanisms of those cells.

Researchers believe stem cells may be a key to resolving birth defects and diseases such as cancer, and now a project in East Carolina University's Department of Biology is aimed at better understanding the properties and mechanisms of those cells.

Dr. Elizabeth Ables, assistant professor of biology, was recently awarded a three-year, $347,000 grant from the National Institutes of Health to support her work on the project. The funding will pay for supplies and support the lab's team of graduate and undergraduate research students, who are studying stem cells -cells that retain the ability to develop into other types of cells -in fruit flies.


The grant and the research have a two-fold purpose: to work toward answers to unresolved questions in the field, and to encourage and enable students to get hands-on training in biomedical research.

"The students are the ones who are doing the experiments and collecting data," Ables said. "I'm helping them design experiments and working at the bench with them, and we work together to interpret and present the results. This apprentice type of training is really invaluable to a research student's career."

Stem cells are important to researchers and clinicians because they could one day provide a source of healthy, new specialized cells that could be used to replace lost or damaged cells in patients, Ables explained. Her lab is researching the mechanisms by which certain cells either remain stem cells, or become differentiated, which means that they begin the process of becoming a specialized type of cell such as a skin cell.

"We know there are a couple of things that have to go on here," she said. "Stem cells have to have the right combination of factors to stay in this naïve (undifferentiated) state, but they also have to be able to divide and make more cells, which in most cases they will only do when they are triggered to do so."

"So we're interested in finding the factors that guard the balance between the two." 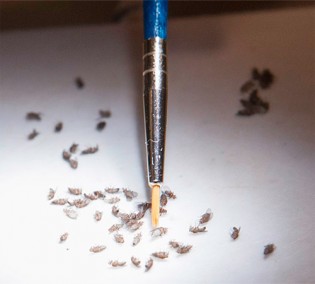 Drosophila, the common vinegar fly, is used
as a model for cell research.
Ables' lab uses fruit flies as a prototype in order to study those questions.

"Fruit flies are a really fantastic model to understand the mechanisms of stem cell differentiation, mostly because we know a lot about them already," she said. Fruit flies have been at the forefront of genetic research for more than 100 years, and "many of the molecular mechanisms driving stem cell identity and function were discovered in Drosophila," Ables said.

There are a wide variety of genetic and technological tools that can be used to study the fruit fly's cells, specifically the female germline stem cells. "We can examine and manipulate individual cells directly in their tissue environment, which is much harder to do in mammals," Ables added.

By studying the effects of steroid hormones such as estrogen and testosterone on the stem cells, she hopes to discover how tissue-resident stem cells remain unspecialized while making new daughter cells in response to physiological demand.

Ultimately, the project could have important implications for stem cell therapy.

"Given that it is critical to numerous issues in human medicine that we improve our understanding of both steroid hormones and stem cell regulation, it is not surprising that the NIH has provided her with a generous and prestigious three-year grant," said Dr. Jeff McKinnon, chair of the biology department. "Her research could lay groundwork for innovations in regenerative medicine and disease treatment."

McKinnon commended Ables for her work as a mentor of both graduate and undergraduate student researchers. She was also recently featured in a new faculty spotlight from the Genetics Society of America, a leading non-profit organization supporting genetic research. More information on Dr. Ables' research can be found at www.ecu.edu. 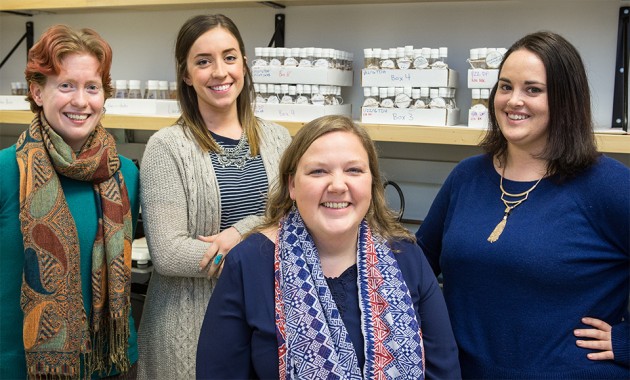