Polaroid Swinger Model 20 - A personal review | Beaufort County Now | It was a cheap camera with some good qualities. It was cheap

Login to Send a Private Message to Bobby Tony
It was a cheap camera with some good qualities. The best of 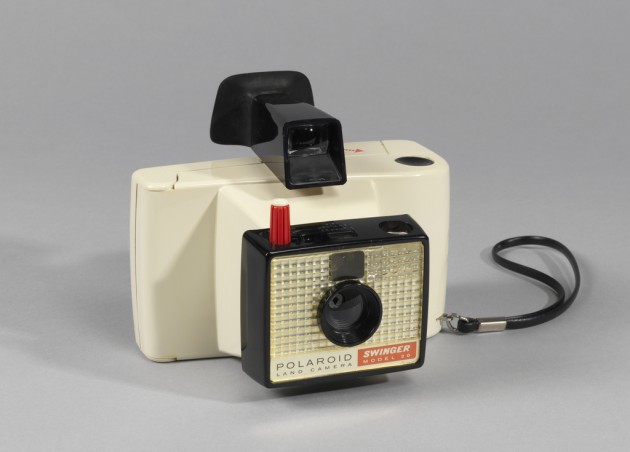 which was that it was cheap.

In the early 1960's Polaroid cameras were very expensive. I think it was a sign of status to own one of the early Polaroids instant develop cameras. However, with the baby boom generation coming of age, someone at Polaroid Land had the idea to offer a much cheaper version of the instant picture camera.

The Polaroid Model 20 "Swinger" was the result. It was all-plastic and cost $19.95. It used special film, which used Polaroid technology to develop on the spot after taking the picture. The pictures were 2 1/2 x 3 1/4 inches. I think there were about 8 pictures per roll. 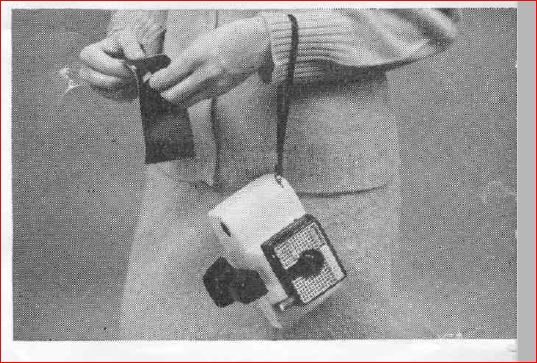 Before anyone thinks that the name has some improper connotations, it was a reference to the strap attached to the camera. You see, after you took the picture you had to pull the film from the camera to activate the chemical reaction. The strap would allow you to let the camera swing while you opened the back and pulled the film out.

Another feature was after you took the picture, you had to coat it with a swab, which was included in the film pack. The swap would protect the picture from fading as well as giving it the gloss appearance of commercially developed prints. Several of us college students found out that the swab was also good for giving your shoes a shine similar to a "spit-shine". It was good enough to pass inspection at ROTC drills at Georgia State in the dark early morning formations in a parking lot in downtown Atlanta. 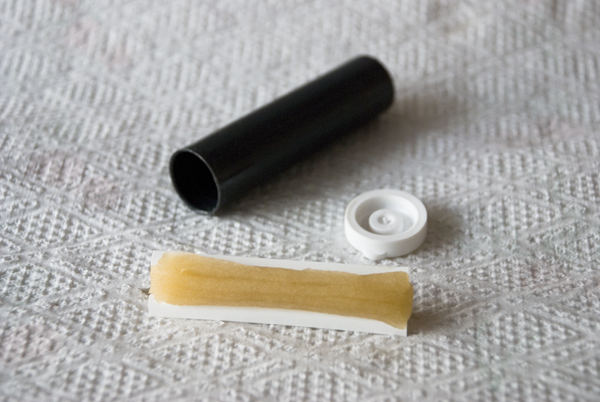 Unfortunately, the shine would begin to crack and peel after a while and you had to clean it off using alcohol to remove the residue. We solved that because one of the guys discovered that "Pabst Blue Ribbon Beer" contained alcohol and would work fine to remove the faded residue from our dress shoes. It did not take much beer or we would have found another way to remove the residue. It was a fixed focus camera but it did have a crude light meter to help with exposure. It really was not a light meter in the true sense of the way. You could turn the shutter button on the top of the camera and a "YES" would appear in the viewer when the proper amount of light was available. 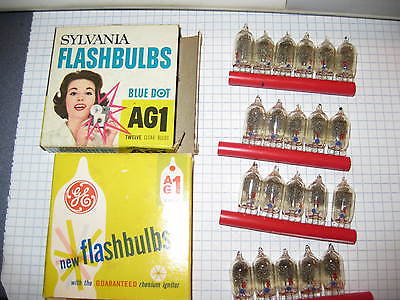 If it was a low light environment, the camera used AG-1 flash bulbs, which were small and easy to carry. You would insert one flash bulb in the top of the camera. The two AA batteries had enough power to fire the flash bulbs. I do not remember what the flashbulbs cost. But a quick check online with the inflation calculator tells me that the Camera cost of $19.95 in today's dollars would be $146.63. But on a soda jerk's salary of $1.95 ( minimum wage was only $1.15 per hour but being a soda jerk required higher skills. I was already a jerk so the soda part came easy to me) that was about a day's wage.

As a result, I have an album full of pictures made with thet 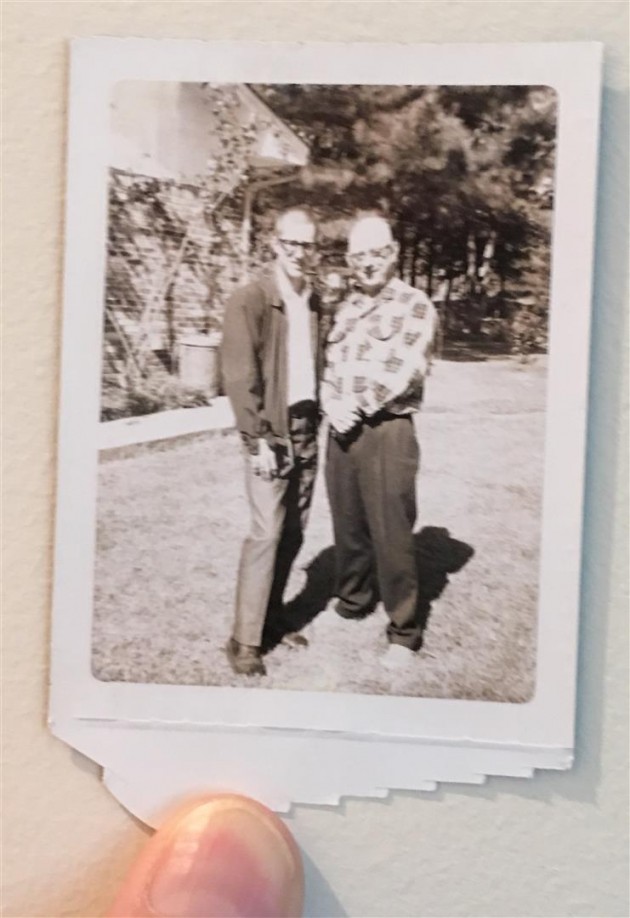 Swinger Model 20. Most are still in decent shape after fifty years. The down side is that most of the pictures are of me and the 1st ex-wife to be. Funny thing is she did not take the album or the Swinger Model 20, which was about all she did not take. I seem to remember something to the effect "Who would want a reminder of my time with you"? but I could be mistaken. I should ask her next time I talk to her which will be the first time in about 50 years. I try to keep in touch though. I check the obituaries ever month just to be sure she is okay.

Here is a sample of a Model 20 picture, taken in 1967. It's not bad for $19.95. I would enlarge this picture but the quality is not up to 2016 standards and I am too lazy to scan and re-size using the excellent image editor on BCN. BCN Image Editor here

Oh, this started out as a review of the Polaroid Swinger Model 20 camera. Here is an TV ad for the Swinger Model.


Ted McDonald may have the April record for fluff, but I'll bet he can't build a whole post around a passing thought. The hardest part was formatting the pictures and text. In order to properly display the pictures in this article I had to expand the text accordingly. Luckily, being short of words has never been a problem for me; short of breath yes but words, no. I almost did not have room for the Pabst Blue Ribbon Beer, which I think adds a touch of class to this article. 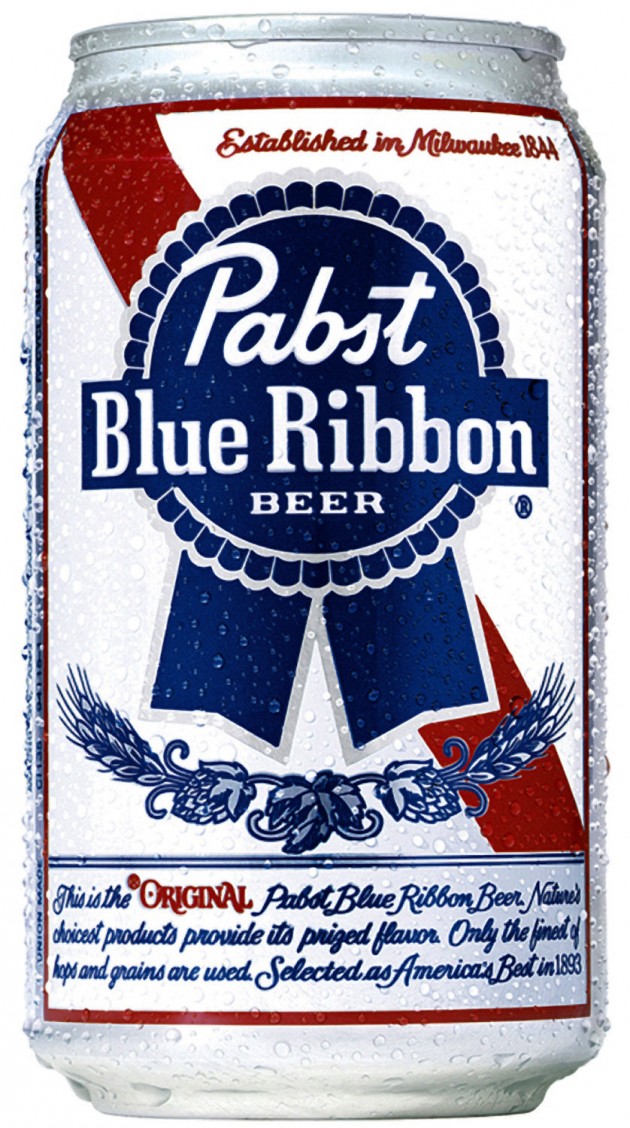