Wednesday Morning Quarterback | Beaufort County Now | Well, it's over. For all the talk about the Trump Revolution and a desire to send The Establishment a message - we got very little action to support ANY of that.

Well, it's over. For all the talk about the Trump Revolution and a desire to send The Establishment a message - we got very little action to support ANY of that.

TURNOUT. A whopping 7.68 percent of registered North Carolina voters (505,687 out of 6,584,959)crowd-business-people bothered to take time to vote on their candidates for Congress or for a crucial North Carolina Supreme Court seat. People got the crap kicked out of themselves in the 60s fighting for a chance to vote. People are dying around the world for a chance to have a say in electing their leaders. And look at the level of interest we got.

Some could argue it's an Atlas Shrugged-type reaction. Dropping out to let the corrupt system collapse. Others can argue its an end-result of the dumbing-down efforts of the driveby media and the public education system. Anyway, ,we were given a system by our Founding Fathers where the people make all the rules about how they are governed. We've hung our heads and surrendered it all to a powerful, but small, group of elitists who we entrust to get us our checks, keep us happy, and run our lives. 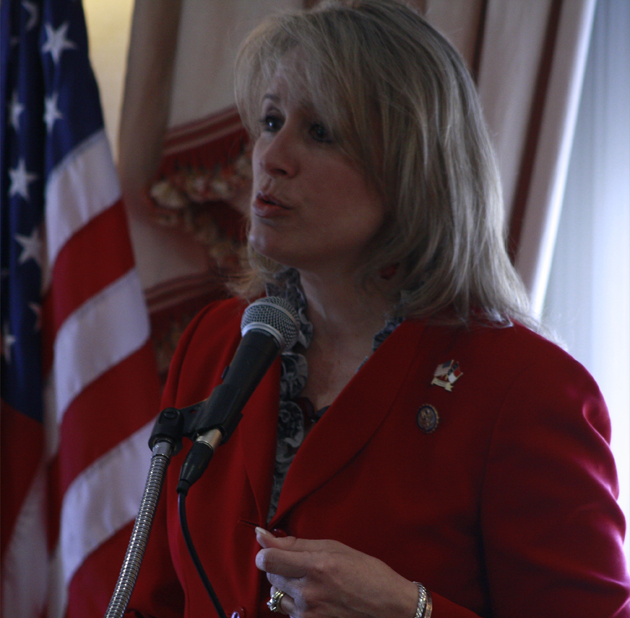 Renee Ellmers at the Capital Hill Club in March, 2012: Above.     photo by Stan Deatherage

HOUSTON, THE SHREW HAS BEEN TAMED. Renee Ellmers was a bitch to the very end. On the day she lost her reelection, she got caught on camera calling a female poll worker FAT. It's all par for the course for people who have been dealing with this woman. (I'll always fondly remember her eye rolls, sneers, and sarcastic comments from our first public encounter in Southern Pines many moons ago.)

Lest we forget her tirade against a group of constituents concerned about amnesty for illegal aliens. She should have gotten the hint that she's worn out her welcome when the legislators in Raleigh dumped her in a redrawn district mostly made up of George Holding constituents, family members, and friends. Not only did she get trounced 2-to-1 by Holding, but - if Greg Brannon had racked up just 208 more votes - she would have finished in THIRD PLACE.

Tuesday brought a lot of lessons for Nee-Nee. One wonders if her arrogance will allow her to learn from the experience. She should have kept "dancing with the one who brought her" to the big dance in DC. The Tea Party. Her district is conservative enough to where she would have been wholeheartedly backed up. There's an old saying about being nice to the waiter or waitress before they bring you your food. If you're not, there might be some rather unpleasant additives to the recipe. Many politicos will tell you that (1) being haughty and nasty at a meet-and-greet with new constituents, (2) screaming abuse at constituents who disagree with you on policy, and (3) getting caught on camera telling someone she's FAT are not exactly part of the recipe for political success.

REPORTS OF WALTER'S DEMISE GREATLY EXAGGERATED. The chattering classes were CONVINCED this was the year Taylor Griffin was going to finally get Walter Jones. Yet, Griffin finished a distant third behind Jones and rookie Phil Law ( who had neither the name ID nor resources Jones and Griffin had). I had some insight into this race early on. Folks in the know told me that Jones learned from 2014 and took steps to make sure he would not be caught off guard in 2016. Looks like his precautions paid off. 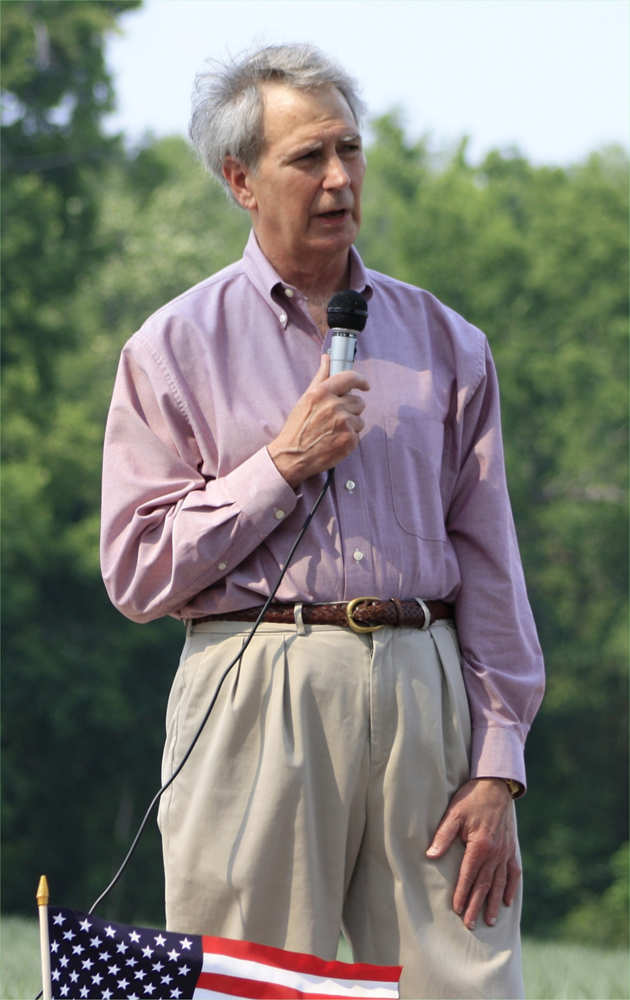 Walter Jones in Beaufort County in June, 2011: Above.     photo by Stan Deatherage

JESUS. HE'S VOTING FOR ME. In 1990, Genesis had a hit song called 'Jesus, he knows me' that took a swing at the televangelist scam artists that were all over the TV. That song could very well apply to campaign 2016 in North Carolina. It seemed EVERYBODY was talking about their FAITH and their babies and grandbabies.

Richard Hudson sent out mailers and ran TV ads featuring smiling images of him, his new bride, and new baby talking about the importance of family values and faith. Meanwhile, he continued to tout a business that was PROVEN in 2012 to be non-existent and fabricated. He also sent out a grossly-exaggerated mailer containing pieces of his opponent's TWENTY-YEAR OLD divorce records and FORTY-YEAR OLD legal problems - neglecting, of course, to mention the age of the information.

Mark Walker is an actual preacher. Yet, he and his supporters made a point of disseminating dirt about his opponent's decade-old divorce and questioning said opponent's Christian faith.

And Mark Harris. During his 2014 Senate race, and his 2016 congressional run, he's spent quite a bit of time speaking in church facilities and accepting "love offerings" from various congregations.

Harris's opponent, Robert Pittenger, spent a lot of time telling us how much HE loves Jesus too. Yeah, with the FBI and the IRS all up in his business, I bet he and Jesus are having an awful lot of talks.

BIG WINNERS? CLUB FOR GROWTH & ROBIN HAYES. The Club targeted Renee Ellmers for defeat. That happened. They raised Ted Budd from obscurity in NC-13 and promoted the hell out of him. He won. So, it was a pretty good day in NC for this bunch from DC. Robin Hayes had a pretty good day too.. 220px-Robin_Hayes,_official_109th_Congress_photoThe new chairman of the NCGOP co-sponsored a fundraiser for Budd, a close family friend, and he ended up winning. His protégè, Richard Hudson, dissed the GOP presidential nominee and outright LIED to his constituents - and STILL won. Mark Harris, another Hayes advisee, came close to knocking off Robert Pittenger - and may end up doing so after a recount.
Go Back