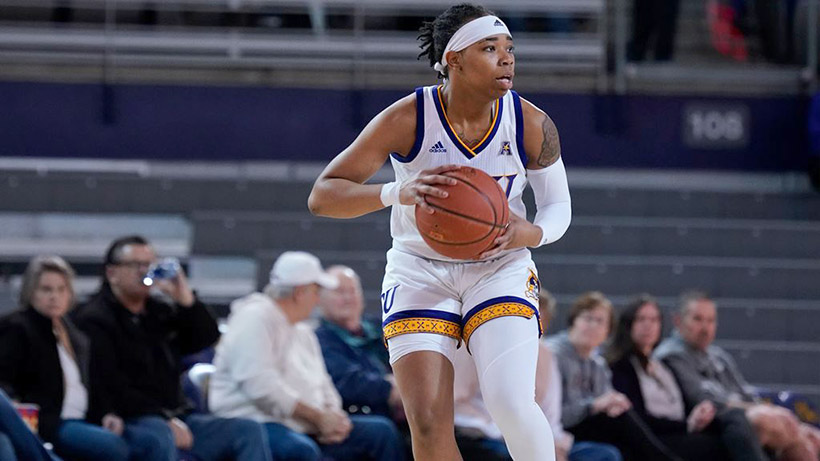 ECU (7-18, 4-8) was led by Lashonda Monk who finished with 17 points and five steals. The junior guard also had nine steals, giving her 293 career steals which breaks Toina Coley's ECU record set in 1993. Along with Monk, Taniyah Thompson (14), Dominique Claytor (12) and Necole Hope (10) all scored in double-figures. Claytor also added 11 rebounds to complete her second double-double of the season.

Tulsa (7-19, 2-11) did not have a player reach double-figures in scoring, as Addison Richards led the Golden Hurricane with seven points. Kendrian Elliott led Tulsa with seven rebounds to go with six points.

Early on, the ECU defense was carved up by the Tulsa defense. The Golden Hurricane started the game 4-of-4 from the floor and 4-of-4 from the free throw line. Richards and KK Rodriguez each made a triple to help Tulsa to a 12-3 lead. Tulsa finally missed from the field, but Rodriguez added another jumper to push the lead to 16-6. Claytor was the main reason ECU's deficit was not greater, as the junior guard scored six points in the frame, including the final two to cut the lead to 16-8 after one quarter.

The second quarter though, was perhaps the best 10 minutes ECU has played all season. The Pirate defense was nearly impenetrable, as Tulsa did not make a single field goal for the entire 10 minutes and scored just two points on a pair of Elliott free throw.

On the offensive end, ECU methodically stormed back. The Pirates started the quarter on a 6-0 run, with Monk making a pair of field goals. ECU took the lead when Claytor found Hope for an open triple, putting ECU up 17-16. The run stretched to 18-0, capped by a conventional three-point play by Thompson. Elliott made her free throws with 3:05 remaining to stop the ECU run, nearly 10 minutes of play after the Golden Hurricane had last scored. ECU did not allow another Tulsa point before halftime and stretched its lead to 28-18 at the break.

The third quarter was much of the same as it took nearly another five minutes before Elliott made a layup to finally give Tulsa its first field goal in over 17 minutes.

Monk, Thompson and Hope made sure that Tulsa never got a chance to get back into the game. The trio combined for a 18 Pirate points in the third with ECU stretching its lead to as high as 17 and led 46-31 heading into the fourth period.

With ECU stretching its lead to as much as 20 in the final frame, the only suspense left in the game was whether Monk would break Coley's record or if it would have to wait for another day. The junior guard came into Wednesday needing eight to tie Coley and nine to pass her. She had two steals in the first quarter and added three more in the second. The record was in sight when she got two more in the third, giving her 291 for her career. Monk tied Coley early in the fourth quarter, picking off a pass. The record-breaker came with 3:24 to go as she took away another Tulsa pass and raced in for a layup, getting fouled in the process. A few minutes later, Monk was subbed out of the game as her teammates and the crowd celebrated her accomplishment.

ECU will be back home on Saturday afternoon to take on Temple. Tipoff is scheduled for 1 p.m., inside Minges Coliseum.

ECU Notes
ECU Quotes     Head Coach Kim McNeill     Opening Statement: "We came out a little bit slow, but we said in the locker room that the first quarter was our bad quarter. I thought after that we regrouped, we refocused and got some energy on defense; we really sat down and defended. We got a lot of points off of our turnovers, which is obviously a goal for us every night. A total team effort tonight, we had four kids in double figures, which I say time and time again that's what we want. Dominique Claytor gets a double-double, Monk was one steal away from getting a double-double. So, we had some good performances by a lot of different people, but tonight was a good team win. I'm just excited that we got to put two together, two back-to- back which I don't think we've done all year. Every time I come in here, I tell you guys we're getting better. We're coming to work every single day. For a young team like this, we could have easily given up and held our heads down, but they've come in everyday and we're continuing to get better."

On the 4-2 record in the past six games: "I think it's been good for the confidence. From day one, I always say, 'You don't want to be playing your best basketball in November or December, you want to be playing your best basketball late January, mid-February,' which I think we're doing that right now. We said February was going to be our best month, we're finally putting some things together; understanding how to keep a lead against Memphis, we don't hang our heads, we keep fighting back and battling. I think that shows some growth in our young kids and some maturity in our leadership. It's been good to see it's been good to watch. Just seeing these kids happy for a change and not coming in that locker room and being sad but being happy for each other and getting a win."

On preparations for the rematch with Tulsa: "When we left Tulsa, we knew we should have won that game. Ball goes a couple of different ways, we're coming out 2-0 against them. Tonight, we had talked about the last two days, really sitting down and understanding what they wanted to do offensively, and that's driving; so, we worked a lot on keeping them out of the paint. They beat us a lot on baseline drives last time, so we talked about cutting off that baseline; really trapping them. They're not a team that really handles pressure very well; so, we talked about really closing up our traps, breaking on balls, and getting out on scoring on transition. I thought we did a really good job of executing the game plan defensively."

On Monk's accomplishment: "She's got another year to go, it's going to be extremely hard for anybody to beat it. I just think she has a natural gift for it, just her energy that she brings on the defensive end, her instincts. One of those steals she got tonight, she got up, and I felt like she froze in the air when she got the steal; but there are some of the things she has that you just can't teach. Her intangibles, her athleticism, her ability to react and break on balls. If we had two or three more like her, we would probably be forcing 30-35 steals a game. She loves it, and it's hard to find a kid that loves to play defense and loves to get steals. Mostly everybody is concerned on the offensive end of the floor; and just score the ball, but she wants to get steals; that's what she wants to do. When we took over this program, we knew that she was perfect fit in what we were trying to do."

Junior guard Lashonda Monk     On breaking the ECU steals record: "It felt good, I didn't even know that I was close. I came into the timeout and one of my teammates said, "Two more steals!", and I said, "Two more steals, what?", it just felt good. I honestly wasn't even aware of that, so my teammates had my back and just keep hyping me up. I think my coaches wanted me to get it too. It just felt good for everybody to be cheering for me."

On the team's growth: "I think we have better leadership. Earlier in, we were losing a lot, so a lot of heads were dropping, and everyone's self-confidence was down. Now that we're in conference play, we know that we can make a lot of noise. We believe in ourselves; our coach believes in us. I think we just stayed on it."