Phase Two Allows Restaurants, Breweries to Reopen With Restrictions, but Don’t Expect All to Return 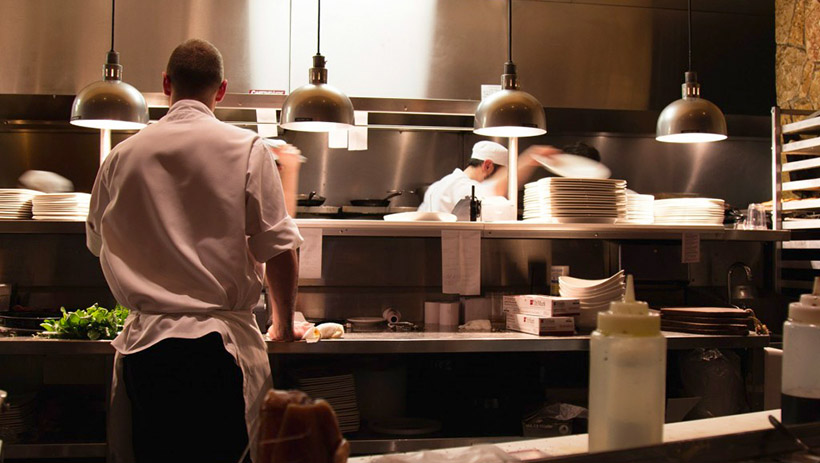 Gov. Roy Cooper is expected to announce at 5 p.m. Wednesday the state can enter Phase Two of COVID-19 reopening Friday, May 22. That includes allowing restaurants to open at limited capacity.

But just because they can doesn't mean all restaurants will open this weekend.

The N.C. Department of Health and Human Services has issued guidance on how restaurants can reopen in Phase Two.

The guidance is similar to what has been reviewed and shared from the National Restaurant Association and from other states, said Lynn Minges, president and CEO of the N.C. Restaurant and Lodging Association.

But for some restaurants and watering holes, opening at a reduced capacity won't be worth it, the NCRLA president said. The guidance for restaurants to open under Phase Two includes a limited capacity of 50% (or 12 patrons per 1,000 square feet), arranging tables six feet apart, regularly disinfecting the building, and strongly encouraging employees to wear face masks.

The extra expenses to buy personal protective equipment, cleaning supplies, and additional labor to reopen are the most burdensome part of the guidance, Minges said.

"Managing social distancing will be unusual at first, I suspect, but as we all become more comfortable with that in our everyday lives, I think we'll adapt fairly quickly," the NCRLA president said.

Pelagic Beer and Wine, off Pace Street in Raleigh, probably won't reopen for indoor service for Phase Two, as it has a capacity of about 700 square feet, owner Matt Allen told Carolina Journal. Under Phase Two, Pelagic could allow only a half-dozen or so customers indoors at a time. It will continue offering pickup service, but in-store consumption won't resume for now.

Bond Brothers Beer Co. in Cary will open its taproom and outside patio to the public when Phase Two begins.

"Bond Brothers will follow all the necessary recommendations from the CDC as well as our local government," the brewer says in a news release.

Compass Rose, a Northeast Raleigh brewery, plans to open its taproom and patio under Phase Two and will follow NCDHHS' guidance. The brewery is in talks with food trucks about returning to serve patrons once Phase Two begins.

On its website, Olde Mecklenburg Brewery in Charlotte says, "[W]e have been diligent in taking necessary precautions to ensure a healthy and successful reopening in Phase 2." Brewery owner John Marrino on Facebook posted photos of his biergarten, the picnic-style tables spaced six feet apart.

Chirba Chirba Dumplings food truck will continue to serve residential communities, neighborhoods, and outside breweries under Phase Two as they have under Phase One.

The lack of festivals and big events continues to be a major adjustment for food trucks.

"We predict all large events will be cancelled until fall," Chirba Chirba told CJ in an email. "Some have already cancelled their fall dates."

The restrictions on occupancy may be too restrictive, said Jon Sanders, director of regulatory studies at the John Locke Foundation.

But the move into Phase Two gives restaurants a fighting chance to survive and compete for customers.

Ending in-person dining was a mistake to begin with, Sanders said.

"The governor's office could have issued this kind of guidance way back then to help keep restaurants open and safe, trusting restaurateurs and consumers instead of locking them down," Sanders said.

Some restaurant owners have already announced they won't reopen. In downtown Raleigh, Linus & Pepper and Virgil's Original Taqueria won't return when the COVID-19 restrictions are lifted. James Beard Award winner Ashley Christensen, owner and chef of Chuck's, also in downtown Raleigh, announced her restaurant is permanently closed. The space will instead be used to expand her neighboring restaurant, Beasley's Chicken + Honey.