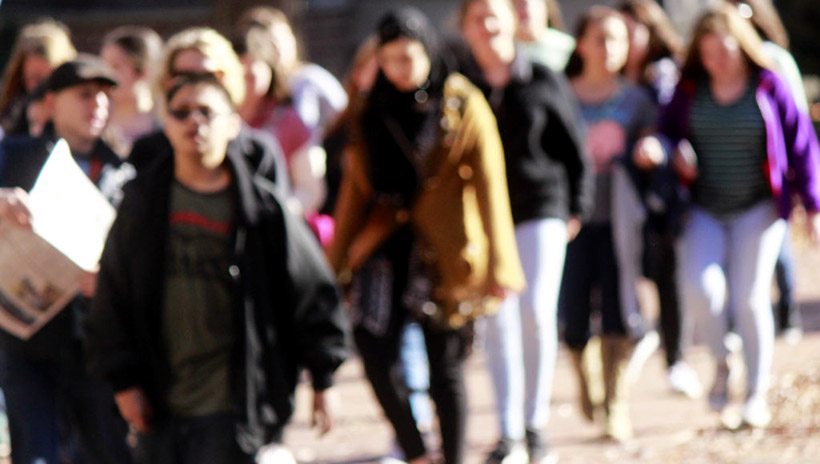 University of North Carolina leaders, students, and faculty are blaming each other for the growing number of COVID-19 cases on campuses.

But it's unclear where the fault lies. Plenty of fingers were pointed at the UNC System, who left the blueprints for reopening with campus officials. Others blame the campus leaders for trying to squeeze too many people — socially active young adults — into confined spaces with inadequate safeguards. Some university leaders blamed students for holding large parties.

Or perhaps the confusion was inevitable as tens of thousands of students, faculty, and staff members tried to reopen bustling campuses as a pandemic rages.

As of Monday, Aug. 24, four UNC campuses had scrapped plans to open the school year with some in-person instruction. Other schools in the system may follow.

Weeks after moving into campus housing, thousands of students at UNC-Chapel Hill, N.C. State University, and East Carolina University are packing their bags and heading home, while UNC-Charlotte students, originally set to arrive on campus in early September, have seen their move-in date pushed back several weeks.

UNC-Chapel Hill and N.C. State announced the switch to remote learning last week after a handful of COVID clusters were identified in residence halls.

"The decision to switch to remote instruction was made in consultation with state and local health officials, Carolina's infectious disease experts, and the UNC System," UNC-Chapel Hill's media officials told Carolina Journal.

The campuses appear to be calling the shots.

CJ sent questions to the UNC System to clarify the roles the system and the UNC Board of Governors had when deciding how campuses would operate.

"Any decision to modify campus operations will be made by the President, with each chancellor, in consultation with the leadership of both boards of trustees and the board of governors, and always grounded in reliable public health data and prevailing local health conditions," Josh Ellis, associate vice president for media relations at the UNC System, told CJ in an email.

"We are blamed for [students] going back to school, we are blamed for [universities] closing," Kotis said. "But there has been no BOG vote on either one of those issues. We didn't vote for how they will reopen, or if they're to reopen."

But Kotis thinks the board should get more involved.


Earlier this month, the board rejected proposals to refund tuition or fees.

They included limiting on-campus housing, expanding the space between students and instructors in classrooms, and banning large social gatherings. Enforcing a mandate to wear masks. Closing game rooms, laundry facilities, and lounges in dormitories and other communal settings. Closing or reducing the capacity of communal dining halls. Setting aside more space to quarantine students who tested positive for COVID-19 or who were exposed to others who are infected.

Early lessons point to the virus spreading in communal living settings and social gatherings on and off campus, as well as with athletic teams, the updated guidance reads.

"Since the pandemic began, we have listened to and collaborated with leading public health officials while closely monitoring changing conditions across the state," UNC System President Peter Hans said in response to the updated guidance. "We will continue to do so because health and safety is our priority."