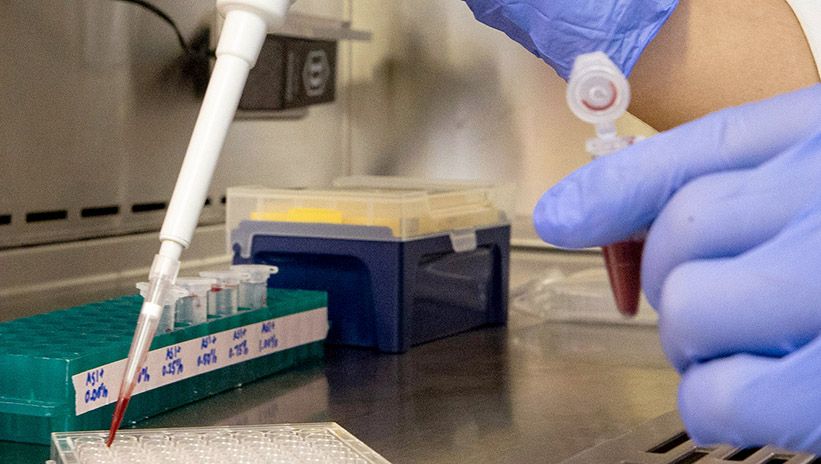 An East Carolina University associate professor will serve as the director of the National Science Foundation's (NSF) Engineering of Biomedical Systems program, shaping the way the foundation funds biomedical engineering research over the next two years.

After a national search, ECU Department of Engineering faculty member Stephanie George was appointed to the program director position within the NSF's Division of Chemical, Bioengineering, Environmental and Transport Systems. The program provides opportunities for creating fundamental and transformative research projects that integrate engineering and life sciences techniques to solve biomedical problems. 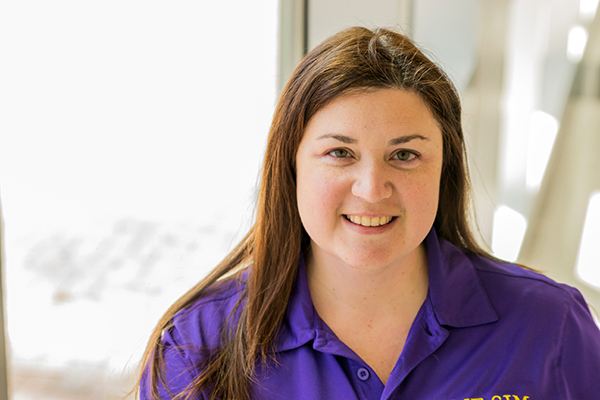 "Working with the NSF offers me the unparalleled opportunity to impact my field's research enterprise on a national level and to engage with researchers and other agencies," George said. "I hope I can bring a unique perspective by offering knowledge of the challenges facing rural communities, particularly those in eastern North Carolina, and the impediments researchers face when reaching out to underserved populations.

"As a new researcher, I knew that the NSF funded basic science research, but I only thought of the NSF as a funding agency. As my involvement with NSF advanced, I realized the foundation was not just about funding science. It's about driving innovation, creating positive change, and investing in diversity and inclusion to produce better science."

George's appointment began Sept. 14 and may be renewed for another two years after her first term is complete. George will remain in her faculty position with the university, with a grant from the foundation covering her salary.

George joins fellow faculty member Chris Balakrishnan in the program director role after the Department of Biology associate professor was tabbed for the position last year with the foundation's Evolutionary Process Cluster.

"The appointments of Drs. George and Balakrishnan to director positions at the NSF over the past two years is indicative of the stature of faculty at ECU and of the national recognition that they receive," said Michael Van Scott, interim vice chancellor for research, economic development and engagement. "Many ECU faculty serve in leadership roles both on and off campus, helping to shape the future through the generation, dissemination and application of knowledge and expertise."


"I believe some people are dot generators and some are dot connectors. I see myself as a dot connector. I can take two areas and see how they relate to each other."
— Stephanie George, Department of Engineering associate professor
George said that ECU has played a key role in preparing her for this appointment, particularly due to the development of the university's biomaterials research cluster.

"I have gained valuable experience getting the cluster off the ground," George said. "I have had the opportunity to participate in leadership programs and work on gender equity issues at the institutional level. I have built connections with the Brody School of Medicine, the College of Nursing, and the College of Allied Health Sciences through collaborative research projects.

"All of these experiences have strengthened my communication and collaboration skills," she said. "I believe some people are dot generators and some are dot connectors. I see myself as a dot connector. I can take two areas and see how they relate to each other. This skill will be essential to building a comprehensive funding portfolio that moves in a distinct direction."

During her 10 years at ECU, George's research has focused on applying engineering techniques to cardiovascular health, from understanding how the forces produced from pumping blood affects blood vessel walls to developing new imaging processes. Her research will continue during her appointment.

"The NSF recognizes the importance of continuing your research," George said. "My plan is to continue mentoring students and making advances in these projects."

George has secured more than $2.3 million in funding during her research career, including $1 million as a principal investigator.

In addition to her role as co-director for the biomaterials research cluster, George was the principal investigator for ECU's Biomedical Engineering in Simulations, Imaging and Modeling Research Experiences for Undergraduates. The REU program exposes students to cutting edge research using advance computations models used in biomedical engineering.