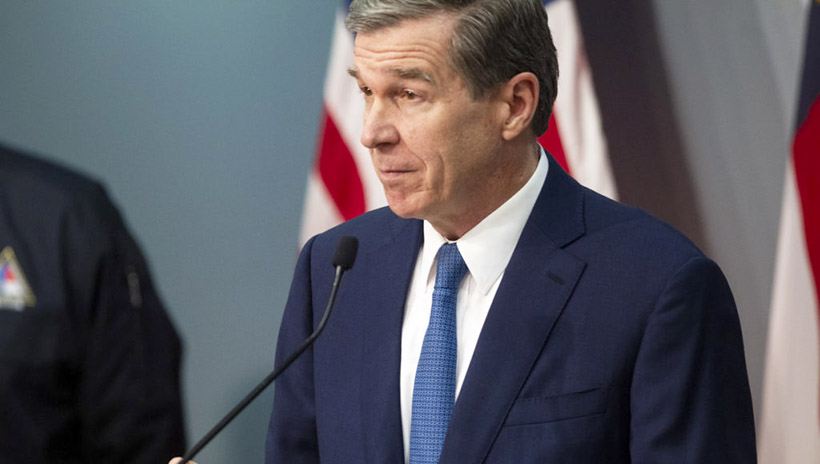 Local communities, legislators, and businesses are having a hard time understanding why Gov. Roy Cooper's budget office pulled the plug on $32 million in grants for rural broadband projects that had attracted 70 applicants. Although some have raised concerns Cooper is redirecting the money to a pet project, the issue seems as likely to be a misunderstanding that, had the administration communicated its concerns earlier, could have been clarified. Instead, it has reignited tensions between the governor and the General Assembly.

Legislators included the rural broadband grant funding in the Coronavirus Relief Act 3.0 (House Bill 1105), which Cooper signed Sept. 4 after it passed both chambers by large, bipartisan majorities. Congress required states to incur by Dec. 30, 2020, any expenses paid from the Coronavirus Relief Fund (p.223 in the CARES Act). The U.S. Treasury Department guidance makes allowance for good-faith efforts to complete work by the necessary date, and states have taken a number of approaches to expand internet access.

Lee Lilley, the governor's legislative director, wrote in a Nov. 20 letter that administration officials had told "senior appropriators" Aug. 26 they were concerned the money could not be fully spent by year's end. If so, those officials seem not to have stated their concerns very clearly either to legislators or to Cooper.

The biggest debate at the time was over education — grants to families and support for Opportunity Scholarships. Cooper himself complained when signing the bill that "legislators should have done more to expand Medicaid, support small businesses, pay our educators, assist with rent and utilities relief, and further help unemployed North Carolinians." He said not a word about rural broadband grants, either when signing the bill or when announcing another $4 million in Growing Rural Economies with Access to Technology grants for rural broadband projects.

Though Lilley claims in his letter that Cooper did not fund GREAT grants out of concern for timing, the governor's own proposal, while vague, would have gone to a host of projects, many if not most of which would face similar timing challenges:


A group of 27 state senators responded Nov. 24, stating the first they heard of problems was when they heard from internet providers in their districts who had submitted applications for grants. The senators added,


Carolina Journal and North State Journal both postulated that the money was being redirected to another project, the N.C. Education Corps. That project, however, is funded from a pot of money over which both federal and state laws give Cooper control, the Governor's Education Emergency Reserve. Since Cooper has no apparent incentive to divert the GREAT appropriation, the controversy may be simply a case of confusion and incompetence. The budget office was slow to create the Pandemic Response Office and get it staffed. Although every conversation with Congress and the federal executive branch have indicated states and their vendors needed a good-faith effort to complete the work on time, Cooper's team decided to take a strict reading late in the process and call off contracts with almost no time left to adjust.

This issue highlights why the John Locke Foundation and Civitas joined with 27 other state-based think tanks seeking more flexibility from Congress to states for how they could use the Coronavirus Relief Fund (CRF). We feared that states would use CRF money for less valuable purposes that would then create obligations for state funds. An example would be planning a massive broadband investment that the state would then fund by issuing bonds, such as Cooper has proposed.

If the governor's people had questions about the timing of work, they had plenty of opportunity to intervene. Instead of allowing the contract process to run its course at the state Department of Information Technology, they could have stopped the bidding or accelerated it so work could be completed by Dec. 30.

It was also clear that the General Assembly would backfill funding if needed. But Cooper still wants to borrow $250 million for rural broadband. All of this back-and-forth provides little confidence in Cooper's ability to manage debt of that size or his proposed Medicaid expansion.