Published: Sunday, December 6th, 2020 @ 3:01 am
By: Carolina Journal   ( More Entries )
Publisher's Note: This post appears here courtesy of the Carolina Journal. The author of this post is Julie Havlak. 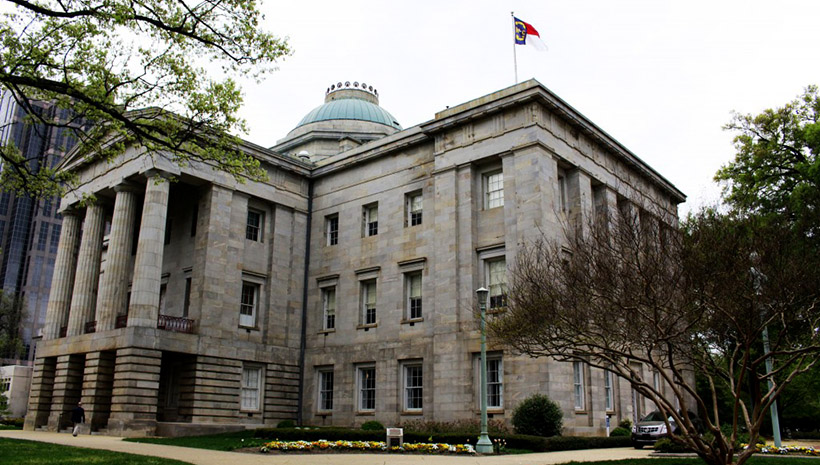 School COVID testing: North Carolina is launching a program to help public schools test symptomatic students and staff. The state will provide free tests to public schools who apply to join a new pilot program. The state will receive 3.1 million tests from the federal government by the end of December, State Department of Health and Human Services leaders said during the State Board of Education meeting Thursday, Dec. 3. The antigen tests will be optional for both schools and students. Schools must get parent's consent to test students. But schools that participate must report the results to the state and to parents.

Voter ID: A court victory won't push voter ID out of its legal limbo. A three-judge panel of the 4th U.S. Circuit Court of Appeals unanimously reversed a judge's decision to ban North Carolina's voter ID law and constitutional amendment on Wednesday, Dec. 2. The federal appeals' judges shot down the ban on voter ID, saying that the district court "devotes little analysis" to its ruling, noting "fundamental legal errors that permeate the opinion." But the law implementing the voter ID amendment must still clear a challenge in the N.C. Supreme Court, which currently has a 6-1 Democratic majority. Republicans swept seven of eight statewide judicial races in November's election, but Democrats will keep a majority in the Supreme Court. Justice Paul Newby, a Republican, leads Chief Justice Cheri Beasley, by several hundred votes, but the results have yet to be certified.

Vaccines in schools: Some teachers will get a vaccine just after health care workers and long-term care residents and staff. But don't expect a vaccine to be readily available until the spring, experts said during the State Board of Education meeting Thursday, Dec. 3. North Carolina plans to roll out vaccines in phases. The first phase will target those most at risk for exposure and complications. Long-term residents and health care workers will be first in line to be vaccinated. But the second part of that phase will extend vaccines to other adults and frontline workers at high risk for complications. This is when high-risk teachers will qualify to be vaccinated. Phase Two will shift from targeting co-morbidities and toward exposure. Students and education staff can become vaccinated in this phase. "We do not anticipate that we will have enough supplies for people until the spring," said state health director Betsey Tilson. "It will be incredibly important that we continue our prevention work."

Rural utility relief: Struggling towns could get state funding to bolster their utility systems. The pandemic and the shutdowns have financially hammered rural towns. Gov. Roy Cooper banned utility providers from shutting off services or fining non-paying customers for months. His order protected residents from losing water, electricity, natural gas, sanitation, or wastewater services — but it staggered local governments. The number of non-paying customers soared, and rural towns scrambled to pay their bills. One town sued, warning that it risked defaulting on its debt. Another applied for a waiver to stave off imminent bankruptcy. The General Assembly passed House Bill 1087 to help distressed utility systems. The towns of Eureka, Bethel, Kingstown, and the Cliffside Sanitary District became the first to qualify for aid under the legislation. The Local Government Commission can now recommend funding for repairs, upgrades, mergers, and regionalization of services. State Treasurer Dale Folwell said that the funding could help mergers bolster smaller utility systems. "Granting people money doesn't solve the problem," Folwell said during his "Ask Me Anything" monthly teleconference Tuesday, Dec. 1. "An accomplishment is an accomplishment for only as long as it lasts. We want to put these folks in a situation to succeed, not just put a Band-Aid for it to come back."

Changes to the State Board of Elections: Republicans hope to establish an oversight board over the State Board of Elections, but any legislation they pass will face the governor's veto. Republican lawmakers have clashed with the board after the board signed a settlement that changed election laws. The settlement created a six-day extension for accepting mail-in ballots. It threw out the legislature's Nov. 6 deadline from coronavirus legislation, and allowed ballots to be accepted until Nov. 12, so long as they were postmarked by Election Day, Nov. 3. Republicans accused the board of unlawfully changing election laws while the election was underway, and they sued. A federal judge granted the extended deadline, but rejected the provision that allowed voters to fix their ballots through a "cure" affidavit.