N.C. Voters Want State Government Gridlock, Debate | Beaufort County Now | Critical lessons continue to come out of the results of the 2020 elections. One that seems to have escaped some of the political establishment is North Carolinians don’t want one political party to dominate. | carolina journal, NC voters, state government, gridlock, debate, 2020 elections, december 10, 2020 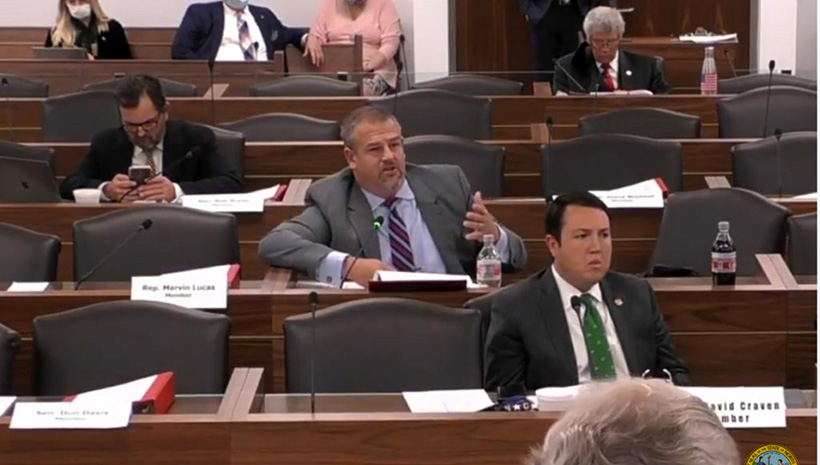 Critical lessons continue to come out of the results of the 2020 elections. One that seems to have escaped some of the political establishment is North Carolinians don't want one political party to dominate. They want a slower, more deliberative state government, rather than one party changing public policy unimpeded from Murphy to Manteo.

American elections aren't binary. As voters, we typically think of election results as either a win for Democrats or Republicans, and that party is in control for the next four years. Gov. Roy Cooper's campaign's election victory statement is an example, in which the campaign interpreted the election results as a mandate for the governor's agenda.

But that's not how our political system works. It is not how the 2020 North Carolina elections played out because Cooper's allies didn't successfully cross the finish line. The N.C. Constitution defines the executive, legislative, and judicial branches of state government and states that those powers "shall be forever separate and distinct from each other." Furthermore, all three branches are elected by the people, and this year the people did not vote a straight ticket.

While Cooper, a Democrat, was re-elected as the state's chief executive, Republicans swept all three races for the state Supreme Court and will return majorities to both chambers of the General Assembly. And evidence shows that voters made an active choice to do just that.

Digging into the internals of the poll, it becomes more interesting. Looking at this question on party registration lines, majorities of unaffiliated and Republican voters strongly preferred a divided government. However, a plurality of registered Democrats said they would like a unified government.

The poll numbers break down similarly on an ideological basis. A plurality (48%) of self-described conservative voters prefer a divided government, while a plurality of liberal voters said they like a united government. Interestingly, a robust 60% majority of moderates said they want the state government to be divided.

Truthfully, these poll and election results are signs of a healthy republic. No doubt, partisanship is a political driver in modern politics. But it appears that North Carolina voters are thoughtful, contemplative, and critical of any single person or party amassing too much power.

Does that sound familiar? It should. The Founding Fathers had similar concerns.

In Federalist 47, James Madison wrote, "The accumulation of all powers, legislative, executive, and judiciary, in the same hands, whether of one, a few, or many, and whether hereditary, self-appointed, or elective, may justly be pronounced the very definition of tyranny."

Like most states, North Carolina's government is based mostly on the federal system with an intricate balance and separation of powers between government branches. In that same line of thinking, elections should very rarely be viewed as a mandate from voters for one party to run roughshod over another.

Yes, voters re-elected Cooper. At the same time, voters sent Republican legislative majorities back to the General Assembly to pass legislation. Further than that, voters also chose to drastically change the partisan makeup of the state courts, with Republicans sweeping all eight seats up for election on the Supreme Court and Court of Appeals, thus changing the Supreme Court from a 6-1 Democrat majority to a slimmer 4-3 Democrat majority.

In other words, Cooper's campaign was wrong to suggest he received an overwhelming mandate from voters to expand Medicaid or any other part of his agenda. Neither Democrats nor Republicans received a mandate from North Carolina voters.

No, voters in the Old North State made a clear decision for gridlock, debate, and compromise. If politicos in Raleigh want to curry favor with voters statewide, they should be willing to engage in transparent and substantive public policy debate. Because while voters may not commonly use words like "tyranny," it's clear they're skeptical of consolidated power, and that skepticism could lead to electoral consequences in the next election.

Donald Bryson is president and CEO of the Civitas Institute, a public policy think tank in Raleigh, NC. Reach him @donaldbryson