Published: Tuesday, May 11th, 2021 @ 5:08 pm
By: Carolina Journal   ( More Entries )
Publisher's Note: This post appears here courtesy of the Carolina Journal. The author of this post is Andrew Dunn. 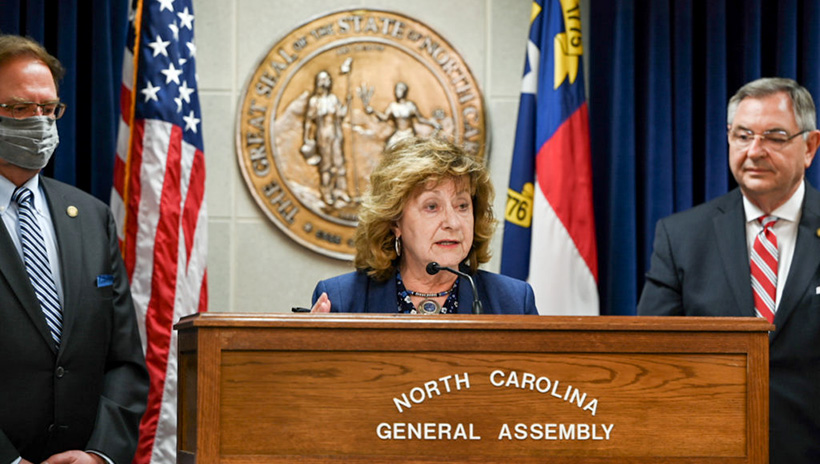 The Senate is close to approving a trio of health care bills aimed at reducing costs and increasing transparency in the system.

The bills would help curb surprise billing and ease restrictive laws that prevent health care companies from increasing supply. But they fall short of more substantial changes some policy experts have pushed.

"Health care costs just keep eating up more and more of a family's budget," said Sen. Joyce Krawiec, R-Forsyth, a sponsor of each bill. "It's unsustainable, and it's holding back economic growth in North Carolina."

Senate Bill 505 would require hospitals to tell their patients if any of the providers that might take part of their care are out of network for their insurance. This would prevent surprisingly high bills after a procedure. Under current law, a person could go in for a knee surgery at an in-network hospital and only later find out the anesthesiologist was out-of-network, when he gets a large bill for that service.

"This bill will help patients make more informed decisions about their care and who is providing it for them," Krawiec said. "It adds a very simple step that's not too much to ask of anyone - notification."

Senate Bill 462 would modify the state's Certificate of Need laws to require health care providers to start work on projects within two or four years once a CON is approved. It would also slightly increase the threshold for expansions that must acquire them.

"Certificate of Need" refers to the system in which health care providers must request permission from the government to increase hospital bed capacity, build new locations or even buy equipment. A board appointed by the governor determines whether the project is "needed."

More than half of U.S. states have repealed their CON laws, which have historically been rife with corruption and artificially hold down the supply of medical services. Some N.C. lawmakers have pushed repealing the state's CON laws entirely, but this bill falls far short of that.

The bill does address a problem some health industry experts have identified: "CON hoarding." Currently, health care companies can get a CON for, say, a new hospital but not build it. This would prevent other organizations from actually building a hospital in that area.

"This will bring an end to CON hoarding, which will increase health care supply and lower cost," bill sponsor Sen. Jim Burgin, R-Harnett, said during the news conference.

Finally, Senate Bill 228 would make it easier for small businesses to offer their employees EPO health insurance plans. These plans do not cover out-of-network health services at all, but are significantly cheaper than traditional plans.

Krawiec and Jim Burgin, R-Harnett, are primary sponsors on all three bills. Sen. Jim Perry, R-Lenoir, is a sponsor of the first two, while the last one also counts Sen. Chuck Edwards, R-Henderson, as a sponsor.

All three bills advanced in the Senate on Wednesday, May 5. Senate Bill 462 passed the Senate, 48-1, and heads to the House. Sen. Ben Clark, D-Cumberland, cast the no vote. Sen. Paul Lowe Jr., D-Forsyth, was absent.
Go Back