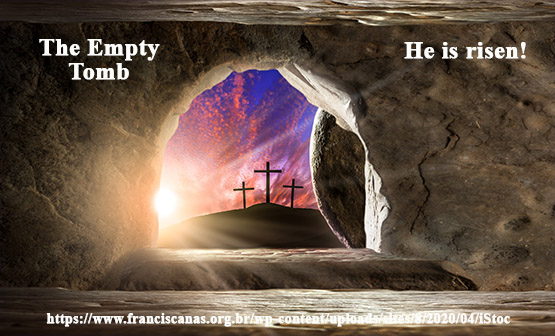 “For God so loved the world that He gave His only Son, so that everyone who believes in Him will not perish but have eternal life.  God did not send His Son into the world to condemn it, but to save it”  (John 3:16-17).

So the two disciples went on ahead into the city and found everything just as Jesus had said, and they prepared the Passover supper there.

In the evening Jesus arrived with the twelve disciples.  As they were sitting around the table eating, Jesus said,

Greatly distressed, one by one they began to ask Him, “I’m not the one, am I?”

“It is one of you twelve, one who is eating with Me now.  For I, the Son of Man, must die, as the Scriptures declared long ago.  But how terrible it will be for My betrayer.  Far better for him if he had never been born!”

As they were eating, Jesus took a loaf of bread and asked God’s blessing on it.  Then He broke it in pieces and gave it to the disciples, saying,

And He took a cup of wine and gave thanks to God for it.  He gave it to them, and they all drank from it.  And He said to them,

“This is My blood, poured out for many, sealing the covenant between God and His people.  I solemnly declare that I will not drink wine again until that day when I drink it new in the Kingdom of God.”

Then they sang a hymn and went out to the Mount of Olives.

And they came to an olive grove called Gethsemane, and Jesus said,

“Sit here while I go and pray.”

He took Peter, James, and John with Him, and He began to be filled with horror and deep distress.  He told them,

“My soul is crushed with grief to the point of death.  Stay here and watch with Me.”

He went on a little farther and fell face down on the ground. He prayed that, if it were possible, the awful hour awaiting Him might pass him by.

“Abba, Father,” he said, “everything is possible for You.  Please take this cup of suffering away from Me.  Yet I want Your will, not Mine.”

Then He returned and found the disciples asleep.

“Simon!” He said to Peter.  “Are you asleep?  Couldn’t you stay awake and watch with Me even one hour?  Keep alert and pray.  Otherwise temptation will overpower you.  For though the spirit is willing enough, the body is weak.”

Then Jesus left them again and prayed, repeating His pleadings.

“Still sleeping?  Still resting?  Enough!  The time has come.   I, the Son of Man, am betrayed into the hands of sinners.  Up, let’s be going.  See, My betrayer is here!”

Jesus is Betrayed and Arrested

And immediately, as He said this, Judas, one of the twelve disciples, arrived with a mob that was armed with swords and clubs.  They had been sent out by the leading priests, the teachers of religious law and the other leaders.  Judas had given them a prearranged signal: “You will know which one to arrest when I go over and give Him the kiss of greeting.  Then you can take Him away under guard.”

As soon as they arrived, Judas walked up to Jesus.  “Teacher!” he exclaimed, and gave Him the kiss.  Then the others grabbed Jesus and arrested him.  But someone pulled out a sword and slashed off an ear of the high priest’s servant.  Jesus asked them,

“Am I some dangerous criminal, that you come armed with swords and clubs to arrest Me?  Why didn’t you arrest Me in the Temple?  I was there teaching every day.  But these things are happening to fulfill what the Scriptures say about Me.”

Meanwhile, all His disciples deserted Him and ran away.  There was a young man following along behind, clothed only in a linen nightshirt.  When the mob tried to grab him, they tore off his clothes, but he escaped and ran away naked.

So Pilate, anxious to please the crowd, released Barabbas to them.  He ordered Jesus flogged with a lead-tipped whip then turned Him over to the Roman soldiers to crucify Him.  They dressed Him in a purple robe and made a crown of long, sharp thorns and put it on His head.  Then they saluted, yelling, “Hail! King of the Jews!”  And they beat Him on the head with a stick, spit on Him and dropped to their knees in mock worship.  When they were finally tired of mocking Him, they took off the purple robe and put His own clothes on Him again.  Then they led Him away to be crucified.

A man named Simon, who was from Cyrene, was coming in from the country just then, and they forced him to carry Jesus’ cross.  And they brought Jesus to a place called Golgotha (which means Skull Hill).  They offered Him wine drugged with myrrh, but He refused it.  Then they nailed Him to the cross.  They gambled for His clothes, throwing dice to decide who would get them.

It was nine o’clock in the morning when the crucifixion took place.  A signboard was fastened to the cross above Jesus’ head, announcing the charge against Him.  It read: “The King of the Jews.”  Two criminals were crucified with Him, their crosses on either side of His.  And the people passing by shouted abuse, shaking their heads in mockery.  “Ha! Look at you now!” they yelled at Him. “You can destroy the Temple and rebuild it in three days, can you?  Well then, save yourself and come down from the cross!”

The leading priests and teachers of religious law also mocked Jesus.  “He saved others,” they scoffed, “but He can’t save himself!  Let this Messiah, this king of Israel, come down from the cross so we can see it and believe Him!”  Even the two criminals who were being crucified with Jesus ridiculed Him.

The Death of Jesus

At noon, darkness fell across the whole land until three o’clock.  Then, at that time Jesus called out with a loud voice,

“Eloi, Eloi, lema sabachthani?” which means, “My God, my God, why have You forsaken Me?”

Some of the bystanders misunderstood and thought He was calling for the prophet Elijah. One of them ran and filled a sponge with sour wine, holding it up to Him on a stick so he could drink.  “Leave Him alone.  Let’s see whether Elijah will come and take Him down!” he said.

Then Jesus uttered another loud cry and breathed His last.  And the curtain in the Temple was torn in two, from top to bottom.  When the Roman officer who stood facing Him saw how He had died, he exclaimed, “Truly, this was the Son of God!”

Some women were there, watching from a distance, including Mary Magdalene, Mary (the mother of James the younger and of Joseph) and Salome.  They had been followers of Jesus and had cared for Him while He was in Galilee.  Then they and many other women had come with Him to Jerusalem.

The Burial of Jesus

This all happened on Friday, the day of preparation, the day before the Sabbath.  As evening approached, an honored member of the high council, Joseph from Arimathea (who was waiting for the Kingdom of God to come), gathered his courage and went to Pilate to ask for Jesus’ body.  Pilate couldn’t believe that Jesus was already dead, so he called for the Roman military officer in charge and asked him.  The officer confirmed the fact, and Pilate told Joseph he could have the body.  Joseph bought a long sheet of linen cloth, and taking Jesus’ body down from the cross, he wrapped it in the cloth and laid it in a tomb that had been carved out of the rock.  Then he rolled a stone in front of the entrance.  Mary Magdalene and Mary the mother of Joseph saw where Jesus’ body was laid.

The next evening, when the Sabbath ended, Mary Magdalene, Salome and Mary the mother of James went out and purchased burial spices to put on Jesus’ body.  Very early on Sunday morning, just at sunrise, they came to the tomb.  On the way they were discussing who would roll the stone away from the entrance to the tomb.  But when they arrived, they looked up and saw that the stone – a very large one – had already been rolled aside.  So they entered the tomb, and there on the right sat a young man clothed in a white robe.  The women were startled, but the angel said, “Do not be so surprised.  You are looking for Jesus, the Nazarene, who was crucified. He isn’t here!  He has been raised from the dead!  Look, this is where they laid His body.  Now go and give this message to His disciples, including Peter: Jesus is going ahead of you to Galilee.  You will see Him there, just as He told you before He died!”  The women fled from the tomb, trembling and bewildered, saying nothing to anyone because they were too frightened to talk.

It was early on Sunday morning when Jesus rose from the dead, and the first person who saw Him was Mary Magdalene, the woman from whom He had cast out seven demons. She went and found the disciples, who were grieving and weeping.  But when she told them that Jesus was alive and she had seen Him, they didn’t believe her.

Afterward He appeared to two who were walking from Jerusalem into the country, but they didn’t recognize Him at first because He had changed His appearance.  When they realized who He was, they rushed back to tell the others, but no one believed them. Still later He appeared to the eleven disciples as they were eating together.  He rebuked them for their unbelief – their stubborn refusal to believe those who had seen Him after He had risen.

And then He told them,

“Go into all the world and preach the Good News to everyone, everywhere.  Anyone who believes and is baptized will be saved.  But anyone who refuses to believe will be condemned.  These signs will accompany those who believe: They will cast out demons in My name, and they will speak new languages.  They will be able to handle snakes with safety, and if they drink anything poisonous, it won’t hurt them.  They will be able to place their hands on the sick and heal them.”

When the Lord Jesus had finished talking with them, He was taken up into heaven and sat down in the place of honor at God’s right hand.  And the disciples went everywhere and preached, and the Lord worked with them, confirming what they said by many miraculous signs.