The embarrassment of two sets of rules 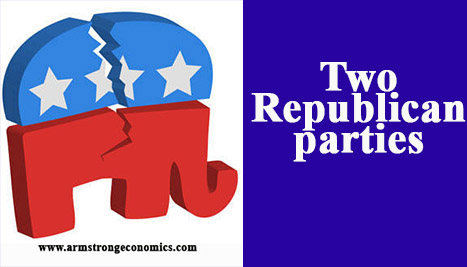 During the past six years this entire nation has witnessed the rot inside the Federal Bureau of Investigation.  The law is applied zealously to their enemies and not at all to their friends.  It will take at least 30 years, after the effort is begun, for the FBI to remold their image into one of truth and justice.

The facts support a conclusion that Frankie Waters, and John Rebholz as being the true liberals.  They formed an alliance with the Democrats on the Board of Commissioners for Fake Frankie Waters to be Chairman and Democrat Jerry Langley to be Vice Chairman.  These four almost always vote together on all major issues.  They voted to spend more than one million dollars to replace water meters with no savings whatsoever.  They voted to give Fake Frankie’s telephone company--the one he ran into the financial ground--a gift of 4 million dollars  of county money.  Money that could have been used to cut taxes.  Instead they raised taxes and fees.  They voted to not support clamping down on drug dealers.  They voted to increase the school capital budget one million dollars this year, with the school system rolling in covid money.

Their latest escapade involves Republican Party disloyalty.  Fake Frankie and Rebholz posted support for the Republican Executive Committee member Kelly Cox’s FaceBook post supporting the Democrat candidate for sheriff, Corey Rogerson who is running against Scott Hammonds, a Republican.  Cox has now resigned from the Executive Committee.  Cox did not resign until this newspaper exposed his disloyalty.

If Cox resigned, where does that leave his helpers?  They were disloyal too.  Will they be allowed to continue to violate the GOP Plan of Organization and continue to support Democrat Corey Rogerson and remain on the Beaufort County Republican Executive Committee?    What about Paul Varcoe?  Will he be allowed to remain on the Republican Executive Committee and be disloyal to all the Republicans in Beaufort County, too?

The agenda for the next Republican Executive Committee meeting to be held on October 11 at 6:30  PM  is available.  There is no mention of business having to do with anything other than to pick someone to fill the position of Register of Deeds.  Are Fake Frankie, Rebholz and Varcoe untouchable?  Can they support Democrats and serve on the Republican Executive Committee at the same time?  Or do the rules only apply to conservatives, but not liberals?

There is the issue of her qualifications to be Register of Deeds.  We will save that discussion for another day.

Carolyn Garris has other inappropriate and unethical actions.  She failed to send out the resolution by the Beaufort County Republican Party Convention to not allow unaffiliated voters to vote in the Republican primary.  This, with her being sent several reminders two weeks before the convention.   She told Hood Richardson that she had forgotten to send in the resolution.  Richardson says “She did not forget, she disagreed with the resolution and deliberately did not present it to be heard by the Third District Convention”.  Several notices are sent by the Third District and someone had to personally tell Republican Officials there were no resolutions.  That person would be Chairman Carolyn Garris.

There was the sending of the $14,000 of Beaufort County campaign funds out of the county so it could not be used to support our conservative Republican Beaufort County candidates for the County Commission and the School Board.  This was done to protect the darling RINO,  Fake Frankie Waters.  He is the only liberal running who is opposed.  To do that Carolyn Garris violated the Executive Committee Rules by declaring a closed session on her own and demanding that the those who would have spoken against  sending the money out of the county leave the meeting.  She ejected Commissioner Hood Richardson, who had the right to be there because he is an ex officio member by right of holding public office.  A vote of the executive committee is required to have a closed session.  Again she ignored the Executive Committee.

Carolyn Garris needs the votes of Fake Frankie Waters, John Rebholz and Paul Varcoe to get the job of Register of Deeds.  Because of this, Carolyn Garris is not going to do anything about members of the Executive committee supporting Democrats.

What Carolyn Garris did do was to give a “Tribute to Service “ to Fake Frankie Waters and allow John Rebholz to do the “Event Wrap Up” at the Reagan Day Dinner last week.  The conservative Republicans were ignored.