Constitution of 1835 | Beaufort County Now | The constitutional revisions of 1835 resulted in great part from North Carolina's acceptance of Jacksonian democracy, a political movement that emphasized participation of the common man in the political process.

Published: Tuesday, February 5th, 2013 @ 3:59 pm
By: John Locke Foundation   ( More Entries )
Publisher's note: We believe the subject of history makes people (i.e., American people) smarter, so in our quest to educate others, we will provide excerpts from the North Carolina History Project, an online publication of the John Locke Foundation. This fortieth installment, by Ronnie W. Faulkner, Campbell University, was originally posted in the North Carolina History Project.

The constitutional revisions of 1835 resulted in great part from North Carolina's acceptance of Jacksonian democracy, a political movement that emphasized participation of the common man in the political process. The democratic movement gained momentum after Andrew Jackson (1767-1845) was elected to the presidency in 1828. There had been years of protest against the Constitution of 1776 with its disproportionate representation of eastern counties, extensive property requirements for voting and office holding, and for its omission of an amendment and an impeachment process. 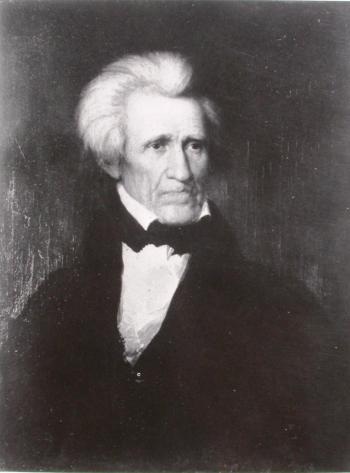 After his 1828 election, President Andrew Jackson, a native North Carolinian, bolstered the democratic movement. Image courtesy of the North Carolina Office of Archives and History, Raleigh, NC.
for reform came primarily from three quarters: westerners (at the time primarily from the Piedmont), who wanted equitable geographic representation in the General Assembly; Whig politicians, who disliked Democratic domination of state politics; and economic planners, who wanted to build internal improvements that easterners had prevented. Internal improvements fostered trade by building and improving transportation arteries, draining swampland, and dredging harbors.

In 1834, the state legislature narrowly passed the Convention Act; it outlined the responsibilities of the planned constitutional convention. Later that year, the issue was put to a vote of the people and passed 27,550 to 21,694, with most opposition coming from eastern North Carolina. 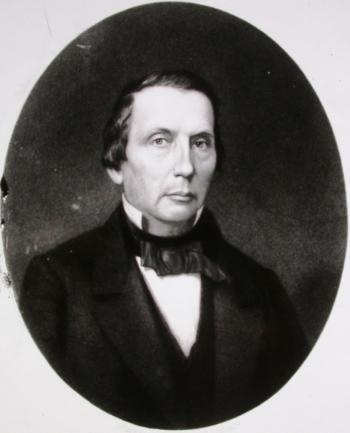 Governor David L. Swain, a key Constitutional Convention supporter. Image courtesy of the North Carolina Office of Archives and History, Raleigh, NC.
adopted. Borough (or individual town) representation was abolished, biennial sessions of the legislature were instituted, the governorship was changed to a two-year elective office, the poll tax (or head tax) was equalized, the word "Protestant" was changed to "Christian" in Article 32 of the old Constitution, the free black vote was eliminated, property requirements for voting and holding office were reduced, an amendment process was adopted, and impeachment provisions were introduced.

William Gaston (1778-1844), lawyer, legislator, congressman, and judge, was the only Roman Catholic delegate to the Convention. Gaston's popularity and character, however, played a key role in persuading fellow delegates to change the religious requirement in Article 32 from "Protestant" to "Christian." Some delegates favored eliminating any religious requirement because, they claimed, it had never been used to exclude anyone from state office.

The convention of 1835 instituted another change. Until that year, "free persons of color" could vote in North Carolina if they met property requirements. The African American vote in the state and the Indian vote in Robeson County were ultimately eliminated by an amazingly close vote of sixty-six to sixty-one. Approximately forty-eight percent of Whigs and forty-five percent of Democrats voted against black disfranchisement. 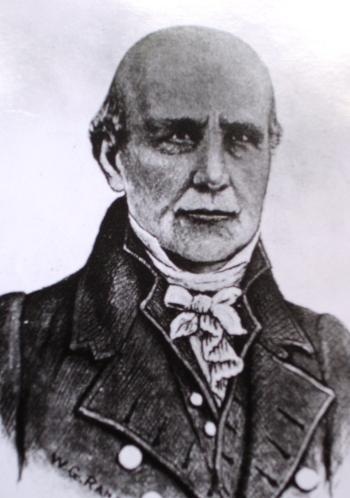 Nathaniel Macon, a well known statesman, was appointed president of the 1835 Constitutional Convention. Image courtesy of the North Carolina Office of Archives and History, Raleigh, NC.
changes, however, involved legislative representation. The lower House of the General Assembly would be based on the federal census; no county would have less than one representative in the 120-member body. To vote for a Representative, one only had to be a taxpayer. District representation in the fifty-member Senate would be based on the amount of taxes paid to the state. To vote for a Senator one had to own fifty acres of property. These changes significantly increased western representation in the House, yet left easterners in control of the Senate.

These extensive and drastic changes more than doubled the length of the 1776 state constitution. All the changes were made into a single ballot proposition which passed 26,771 to 21,606 on November 9, 1835. In this vote, as in the previous statewide vote, westerners by and large agreed to the changes and easterners did not.