Published: Sunday, January 1st, 2023 @ 2:30 pm
By: The Correspondent   ( More Entries )
Publisher's Note: This new series, from The Correspondent, will be an evolving fixture here on Eastern NC NOW, so keep your visits on a frequent basis, and we will keep you full of even a greater variety of knowledge. 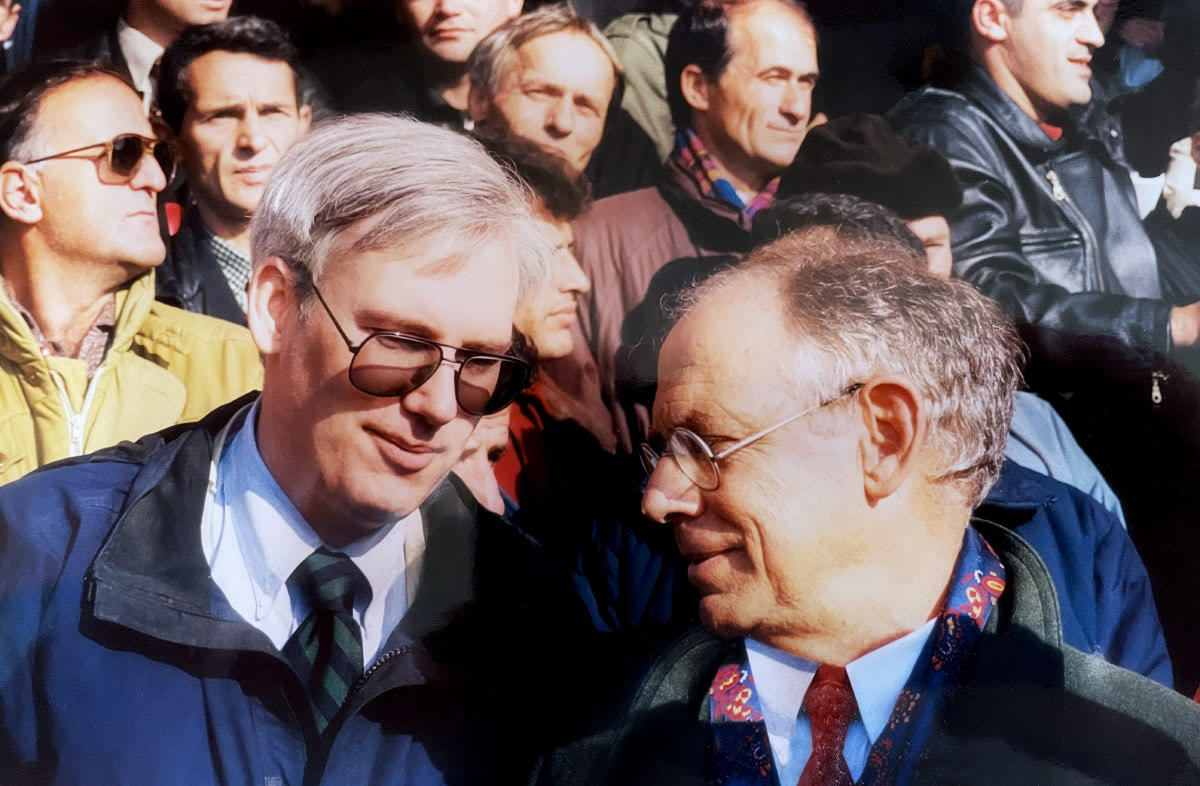 London, UNITED KINGDOM     The eyes of the entire world were on Kiev in the north and the artillery duel around Bakhmut to the east, as outnumbered and outgunned Ukrainian army units that chose to stand and fight were decimated by long-range Russian missile strikes. Systematically reducing the Ukrainian power infrastructure was having an effect; the entire military logistical structure relied on electrified rail transport to deliver Western aid to the front -- and the trains weren't running to schedule of late.

The Bakhmut Gambit had become a modern day Stalingrad for Kiev -- they could not break the siege; they could not escape the cauldron of death as Moscow delivered eight artillery rounds for every one the Ukies could send down range. Improved delta-wave ranging had reduced Russian counter-battery fire to impact five seconds following opposition launch.

Unfortunately for the Kiev junta, Hughes' seminal tome, "Reflexive Control in the Boudoir of Denial; Case studies in the modern-game of urban siege warfare" had yet to be translated into Ukrainian. This was understandable as sales in English seemed to indicate a less than favourable bias toward the five hundred page ramble.

To say the Old Craw had grown bitter over this minor point somewhat the misnomer as he never thought about it when sober. Alas, ultimately, the pressure became just a bit too much and in a fog of grape-induced stupor he would mumble a familiar refrain to his old service mate:

"Fookin' Russkis invented the concept of reflexive control, you know Johnson. Whole world focused on Bakhmut and Kiev. Putin got 'em looking everywhere except Belarus from the North -- just like he wants it."

Johnson had taken an Argie sniper round through the shoulder at Goose Green and his arm never did work right again. A gruff and hearty two-fisted drinker before the war, afterward he could only manage about half as much.

"Where's the Russian armour, Johnson? Those new kampfgruppen of First Guards just disappeared Old Man. Something about a boosted cloaking array they're saying at the club. Getting ready to transition to the assault matrix in January from the North, the Firm keeps telling me."

"Yeah, but we run those Argie bastards right out of Port Stanley, didn't we Old Craw? Pinned 'em down and rolled right around that flank. Gotta roll the flank, Old Craw. The siege is for show, the bridges are for dough. Russians learned at Stalingrad the price of urban combat." he said.

Indeed, as once they learned a little, they taught a lot runnin' trot lines on the Volga. Caught a lot of Sixth Army fish in that net.

Bolstered by the courage of the grape, the old hand continued to roar, "They wrote the book on urban conquest through reflexive control and all you know about RC is looking up at Maggie's teats while she rides you. Your short version really misses the nuance, Old Craw."

Indeed. Nuance is as nuance does.

The third whiskey had its usual effect on the noble editor, "Christ, you fool, I only let the filly ride me like that because with her on top, I can't get off the merry-go-round. She takes control of the tempo and the more I try and regain command, the more I fall under her spell -- just like Moscow rolling in the Donbass right now."

Nothing like taking a sniper round to sharpen the mind when young, Johnson thought before adding, "Makes sense in a way, Old Craw. If Kiev can't find their arse with both hands -- what makes you think they can find Russian armour, in Belarus, running compromised arrays?"

The shocking death of Mississippi State coach Mike Leach three weeks ago stunned the college football world; the offensive innovator was the avante garde of the avante garde when it came to the modern college passing attack and his beloved Air Raid package. The Bulldogs at home on Saturday night, with the cowbells roaring and Leach calling the plays, would always have a shot against any team in the nation.

We think about such coming off a strong call with Washington that saw our largest play of the year cruise to an easy victory. Penix not his sharpest but good enough by far as we up our record to 5-6 and down 1.8 units. We like this game to take us into the black for the campaign as we prepare for the pro playoffs where things start to get real.

There will be plenty of cowbells Monday afternoon at Raymond James Stadium but no Mike Leach. That's going to make a difference in a way difficult for The Man to handicap in terms of the price. Mississippi State the sentimental choice of the American punter and has opened as a two point favourite in an early game likely overshadowed by that afternoon's Rose Bowl and the evening Bills-Bengals MNF tilt.

When the whole world likes one side, something to be said for taking a look at the the other option. Illinois an under the radar Big Ten team that needs to run the ball to survive. With Chase Brown opting for the NFL draft and skipping the game, just 55 yards short of becoming the Illini all time leading rusher, you see the big negative for Illinois here.

If Illinois runs the ball and controls the clock more pressure goes on the Mississippi State passing game. This because even though the Bulldogs put up big numbers in terms of yardage, it takes awhile as very few of their throws are deep. If Illinois can run for about 140 on the ground then our algo screaming it is a sure winner.

So for our purposes the only question is: Can Illinois run for 140 against a decent SEC run stopping defence without their star running back? That gets down to coaching and preparation and this where Illinois with a huge edge. Illini coach Bret Bielema with a new contract extension as well as the Bulldogs former defensive coordinator, Zach Arnett, now with a new four year parchment as the State top man.

Illinois is an up and coming program. They will be without a couple defensive starters which adds to the stampede toward the Bulldogs. Their QB, Tommy DeVito, leads the Big Ten in passing percentage at a whopping 70 percent. He is expert with the play action passing attack.

Our call here is Illinois (+2) as we expect a low scoring game despite ideal weather conditions. The emotion should keep this game close for a half but we see Illinois moving the ball on the ground even with the backups. Mississippi State with a slight speed edge but the Illini a ground it out team that loves a sloppy field -- we think they get about 155 on the ground which will be enough:


By the way, Panthers play Bucs Sunday at Raymond James less than 24 hours before kickoff of Illinois -- Mississippi State. Take a good look at how that field gets torn up and then realize what that does in a speed vs grind it out game the next day.
Go Back