On moving the SBI to the Department of Public Safety | Beaufort County Now | On the front page of the Sunday June 8, 2013 Washington Daily News was an article titled "SBI Move Concerns Local Officials". The Daily News has been supporting those good old boy Democrats during the past few days.

On moving the SBI to the Department of Public Safety

Login to Send a Private Message to Hood Richardson
On the front page of the Sunday June 8, 2013 Washington Daily News was an article titled "SBI Move Concerns Local Officials". The Daily News has been supporting those good old boy Democrats during the past few days. They are usually subtle about it but when the Democrat Sheriff Jordan and the Democrat District Attorney Edwards are upset about a Republican move to both save money and destroy one of the worst good buddy law enforcement set ups in the United States the liberal Daily News rides to their rescue.

I like the idea of saving money but I am very happy with the breakup of this good buddy system that now exists in law enforcement. This system has been politically run for the use of the insiders for a long time. When private citizens needed to get the SBI involved in a matter there has been only one thing to say; get your politics right first or nothing will happen and if the person you are complaining about has better Democrat politics than you, don't waste your time. If you can get the Feds interested you may force the SBI to do something, but it won't happen from Democrats. They always protect their own.

Up until now this political structure has worked well for the insiders. With Democrat Governors, a Democrat Attorney General running the SBI, and Democrat District Attorneys, the Democrats had a lock on the justice system. Now that the Republicans are in charge they are not wasting any time in moving the SBI to a place where it is very visible to the public with both an elected official (the Governor) and his appointee (the Director of Public Safety) accountable. Why do you think Governor Pat is doing that foot shuffle thing, saying he never asked for this and does not really want it? Both he and the Attorney General will be responsible. They will have to oversee each other. It is called "checks and balances". What a wonderful concept. The Attorney General is a Democrat and the Governor is a Republican, someone may actually get justice without having to ask for a political favor.

The Sheriff is in a pickle on this one. That extra level of bureaucracy he is concerned about is the one that documents what he has been doing or not doing. With the public spot light that comes with the involvement of the Governor's office and the Director of Public Safety directing the SBI, it would become real easy to ask what the Sheriff did, if anything. No longer can District Attorneys and Sheriffs deny SBI investigations simply because neither of them conveniently bothered to even ask for an investigation. It looks like checks and balances to me. Is not that what the framers of the Constitution intended? 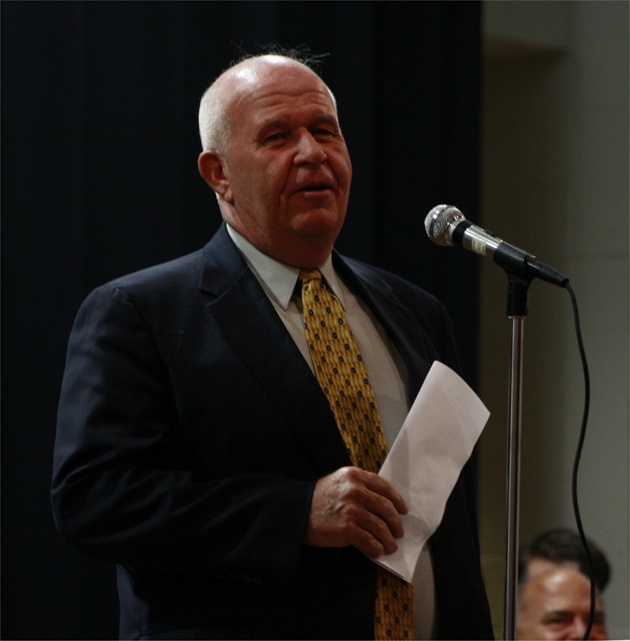 SBI agents are going to feel funny for a while. They have been muzzled for so long. Agents will actually be able to do their job without looking over their shoulder. The biggest file in the Director of Public Safety's office will be the cold case file. There has to be a lot of back tracking to do.

I have a lot of confidence in Kiran Shannahan, the Director of Public Safety. He is a lawyer with ties to Eastern North Carolina. Shannahan was one of the first to become very active about property rights and the taking of land by the government for private use. He knows and is close to the Constitution.

Even with a system in which all the players are Democrats or all are Republicans this move will root out almost all of the corruption within the system simply because the process is a lot more open for public viewing and questioning.

I "ain't" worried about moving the SBI from the Attorney General to the Department of Public Safety. Why? Because all of the bad actors are worried. Checks and balances.
Go Back