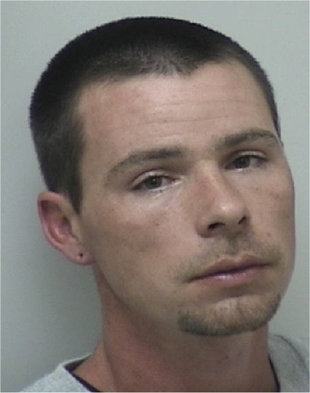 Deputy Sheppard activated his blue lights and siren in an attempt to stop Jones on West Road. Jones accelerated and failed to stop. Jones turned onto Cuthrell Road and accelerated to approximately 80 mph before turning onto Sparrow Road. Jones then turned onto Bergin Road. After turning onto Rowe Road, Jones stopped the vehicle and ran on foot. Jones’ wife was found sitting in the passenger seat. She cooperated with the investigation and identified Jones as the driver. The vehicle was seized under the NC “Run and Done” statute.

As a result, Deputy Sheppard applied for and obtained warrants charging Corey Jones with Felony Flee to Elude Arrest, Careless and Reckless Driving, and Driving While License Revoked. Jones was already wanted for Failure to Appear in Martin County court. Jones was arrested on January 8th when he was found hiding in a residence on Whitley Road in Aurora. Jones was transported to the Magistrate’s Office and held in the Beaufort County Detention Center on a $3,300.00 secured bond set by Magistrate Jasper Mills.