Man Arrested for Driving with No Name While Imbibing 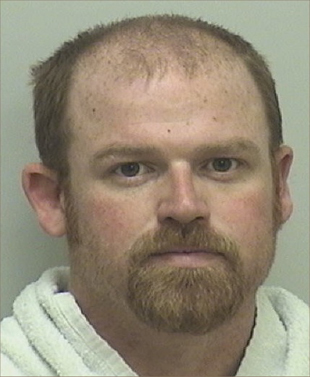 Johnny Cunningham Jr.
On March 21, 2014 at approximately 10:28 p.m., Deputy Zach Martin with the Beaufort County Sheriff’s Office conducted a vehicle stop on North 5th Street in Aurora. Chief Mike Harmon of the Aurora Police Department assisted with the stop. The driver of the vehicle was identified and cited for Driving While License Revoked, Fictitious Registration Plate, and Transporting an Open Container of Alcoholic Beverage. The passenger was also charged with Transporting an Open Container. The passenger did not have an I.D. and verbally provided a name.

As a result, Deputy Zach Martin applied for and obtained warrants charging Johnny Lee Cunningham Jr., age 28, of Tuten Road in Aurora, NC with Identity Theft, Resisting a Public Officer, Fictitious Information to an Officer, and Transporting an Open Container of Alcoholic Beverage. Cunningham was served with the warrants while being held in the Bertie-Martin Regional Jail on unrelated charges. He was released after posting a $1,000.00 secured bond for the Beaufort County charges.