The graph below compares the temperature predictions of the major climate models to actual climate change figures using satellite data, considered to be the most accurate, going back to 1979 when satellite records began. The graph, compiled by University of Alabama at Huntsville climatologists Roy Spencer and John Christy, shows a huge disparity between projected and real temperatures suggesting that there is something drastically wrong with the models or maybe the modelers. 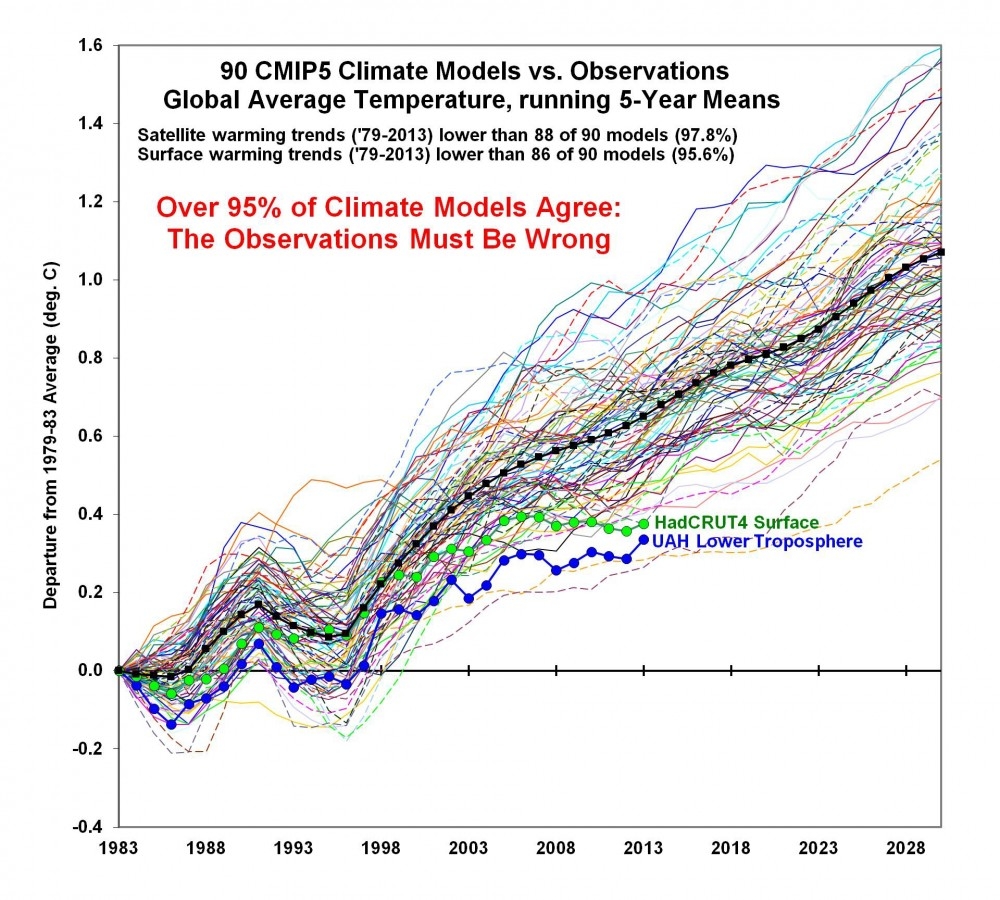 
Now, see the text on the graph about how the warming *TRENDS* are almost always greater in the models than the observations?

Well, the difference in trends between models and observations is not affected by any of the 5 objections listed above.

It doesn't matter how you plot the data with vertical offsets, or different starting points: these issues do not affect the trends, and trends are probably the single most important statistical metric to test the models against observations.

The vast majority of the models have greater warming trends than the observational data show. How members of a Dutch "Physical Society" would not know any of this is beyond me.

Beyond this overriding issue which make the 5 objections moot, I will still answer them (in sequence, see above) because John Christy and I believe that the way we plot the data is the most physically meaningful and the most defensible.


The 2015 ozone season began on April 1 and, as I have been doing since this newsletter was started, each week during the ozone season this newsletter will report how many, if any, high ozone days have been experienced throughout the state during the previous week, where they were experienced, and how many have been recorded during the entire season to date. (Note: ground level ozone, which is what we are reporting on, is often called "smog.") According to current EPA standards, a region or county experiences a high ozone day if a monitor in that area registers the amount of ozone in the air as 76 parts per billion (ppb) or greater. The official ozone season will end on October 31. All reported data is preliminary and issued by the North Carolina Division of Air Quality, which is part of the state's Department of Environment and Natural Resources. There have been 5 high ozone days recorded on any of the state's 42 monitors. Three occurred on June 25 and 2 on August 5.

The table below shows all of the North Carolina's ozone monitors and the high reading on those monitors for each day of the 7-day period, October 19-25. 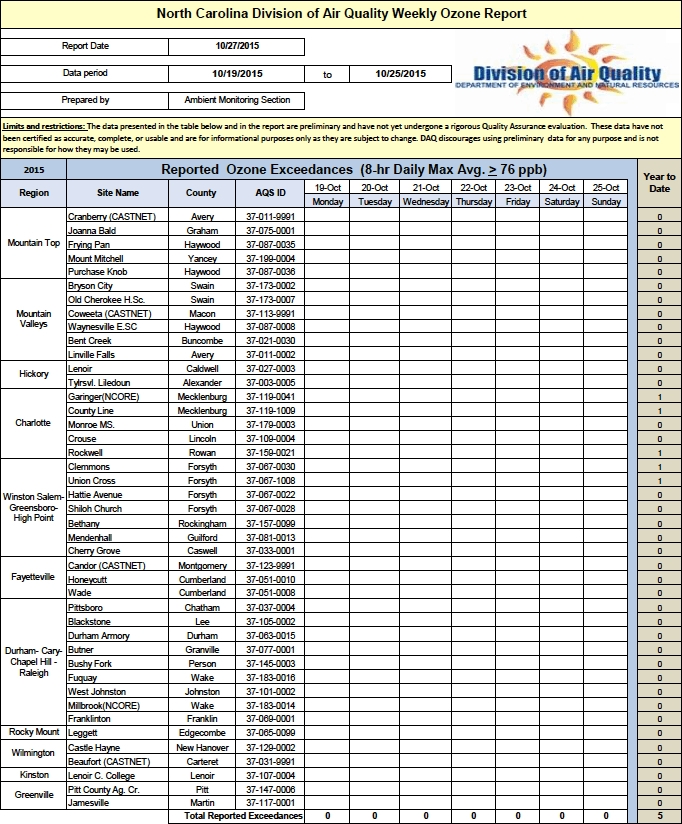