Stan Deatherage Files for Re-election to the Beaufort County Commission

Login to Send a Private Message to Stan Deatherage
Publisher's note: As of 121515, we initiated a new list of most popular posts, by our contributors, similar to the one we did, and do, for the most popular, by views, of Movie Reviews; however, but this list will be of "The Most Popular Articles", in Views, of Contributors in Good Standing", less the Movie Reviews For all contributors, please keep submitting and you may make the list.

Publisher's note: Granted I am the publisher, and I can do about whatever I want, providing that it is ethical, which sets me apart from a good many publishers /editors - in a good way - so, I'm running this post again on election day for two reasons: It is election day and, it is BCN's most read post in the last three months. Good enough for me. 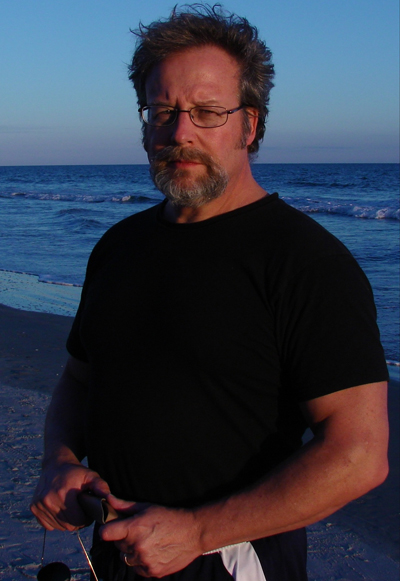 Since that transitional pivot point as Beaufort County's first Conservative Commissioner, Stan Deatherage voluntarily stepped down in 2002, as promised, to allow for the fresh political blood that often serves to reinvigorate a body politic. It did seem appropriate at that time. In early 2004, when sitting Republican commissioner Carol Cochran wished to marry, and follow her dreams elsewhere, she also had a second wish - that Stan complete her unfinished first term.

Stan Deatherage comments: "Even though Carol Cochran did not quite finish the first two years of her four year term, she was a giant political/governing force on that board, who I deeply respect as a principled Conservative. Accordingly, her incessant urging for me to fulfill her yet completed term was a humbling moment in my political life, so I agreed to her request."

Deatherage continued, "But that is not the end of the story. Undeniably, then in 2004, the first vestiges of RINO (Republican in Name Only) county party leadership, which was strangely aligned with the wildly dysfunctional Tommy Thompson cabal (individuals who incessantly supported the political agenda of the former county economic developer, who, remarkably, remained in Craven County for the duration of his 12 year reign) that worked to deny me from fulfilling Carol Cochran's wishes by making sure I had an election, and in that election worked diligently to defeat me, and my Conservative philosophy of governing. Ultimately, the RINOs lost, and I, and my Conservative message, won that countywide, non 'limited voting' election in that 2004 general election."

Commissioner Deatherage just couldn't stop there, and he continued, "The reason I marginally embellish this RINO factoid is that the remnants of its effects still exists in Beaufort County's government, and to a greater extent, in the business of what is expected from a People's government. Simply, RINOs believe in welfare, but more of the corporate variety, which they use as a political currency to bolster their independent needs." Deatherage continued, "Due to this brand of Beaufort County RINOism, which is epidemic in scope, and a plague upon our People, with the resultant political gamesmanship powering their RINO 'bipartisan' interaction with all things and people so inefficiently Liberal, we now have:

•  Overbuilt public school capacity (approaching 25% from studies) - much of it built, egregiously, in the wrong locations;

•  Unwise allotment of Beaufort County's governmental (the People's) franchises that are our charge to protect and defend, which directly led to Belhaven's current sewer problems that now beleaguers its' municipal citizenry;

•  A new bridge (Highway 17 Bypass) spanning our bisecting river built west of Washington rather than east of the county seat, where exists the vast majority of Beaufort County's immense area;

•  The 'Chickengate' scandal, and the resultant lawsuit from Beaufort County's then abjectly misdirected, misguided school board, the SBI investigations, the backroom multi million dollar negotiated payoff in a magnificent funding package to make 'Chickengate' go away;

•  An ineffective economic development program for 12 years, costing over 10 million dollars that is best known for - RINO influenced political intrusion based purely on special interest, an overpaid economic developer who would not move to Beaufort County, a huge net loss of jobs, and finally "Secotan" - an archaeological based theme park to be located on PCS property at Archbell Point;

•  A hospital owned by the county, and grossly mismanaged for nearly a decade by special interest, with RINO controlled Beaufort County government oversight, which was literally given away to the lowest bidder, at the behest of RINOs, because it solely represented the independent needs of special interests, many of whom were directly involved in its mismanagement. This act alone represents a net loss in excess of a conservative estimate of 50 million dollars, which is now notably absent from Beaufort County government's balance sheet;

•  And now a proposed jail, and sheriff's office, to be built in the southwest corner of Beaufort County 6 miles from the county seat at a cost in excess of 20 million dollars, with no explanation from the Democrats and one RINO other than the current jail, under the steel and masonry Beaufort County Court House, 'may one day catch on fire'. On Thursday, February 27th, 2014, this 'bipartisan' 'Gang of Four' majority voted to obligate nearly 2 million nonrefundable dollars of tax payer fund balance, with no financing in place, to build that most unpopular public project.

In summary, I have consistently been on the losing side of each of these votes that have been so destructive in the 'progressive' evolution of this eastern North Carolina county that just can't get out of its own way. Alternately, I, along with Commissioner Hood Richardson from a historical perspective, have been on the right side of more important votes than any other Beaufort County Commissioner - living or dead - in modern history. This is an inarguable point, a 'slamdunk', and it is something that I am most proud of. However; being consistently right, at an extremely high percentage, is not getting the job done when you are in the minority position, and that is why I seek a sixth term.

With our nation, and Beaufort County in such a mess because of long Democrat control, this may be the first time in the history of Beaufort County that we may attain a real Republican majority on this board of county commissioners, and I want to be part of it, to guide it, and make sure that any new Republican(s) are not influenced by the political/governing destruction of RINOism, in accordance with the natural vestiges of eastern North Carolina Democrat hegemony. If we do not finally break this destructive chain, one must wonder: How much longer can we continue to allow a Liberal majority to lead Beaufort County's government to mismanage the People's assets, and negatively present the path forward to a certain chaos?"

Commissioner Stan Deatherage has been elected to two additional four year terms since being elected to finish Commissioner Cochran's term, and, accordingly, knows the right path forward, and has proved it for these nearly 18 years of proper governance. Deatherage, along with Commissioner Richardson, are equally senior on this board of commissioners, and they feel that Stan's leadership, along with Richardson's, may be the proper tonic to navigate the difficult days certainly ahead. This was one of the two reasons why Commissioner Deatherage seeks his 6th term, when he actually believed, at many points, it best to once again voluntarily take a break from public life.

The second reason is a product from a very recent conversation Deatherage had with Commissioner Richardson, and we publish Richardson's private comments with his permission. For the sake of brevity, Stan's comments to Hood are not included:

"Stan, you are going to file for re-election? I need you on this board of commissioners even if we were to get a majority of Republicans. It will take the both of us to lead them from the influence of the special interest RINOs. Listen to me - I need your private counsel, and I need to know there is someone I can definitely depend on. We've been through a lot, you and me, and you are the one Republican I can count on to do the right thing at the right time."

Commissioner Deatherage concludes: "Considering the gravitas of Commissioner Richardson, arguably the most engaged and hardest working commissioner in Beaufort County's modern history, I was humbled by my friend's comments, and understandably, I acquiesced to the nobler service of this part time public duty of remaining a Beaufort County Commissioner, should it be the wishes of the electorate."