The Next Three Days | Beaufort County Now | Remarkably, John Brennan is also a regular guy, with a regular life, with a regular job, but also he possessed an irregular sense of propriety towards those that he loved, governed by an impressive and overwhelming sense of honor. | Russell Crowe, Elizabeth Banks, Liam Neeson, Paul Haggis, Pittsburgh, Pa, romance

The Next Three Days

From the Bottom Rung, One Rarely Sees the Risers to the Top 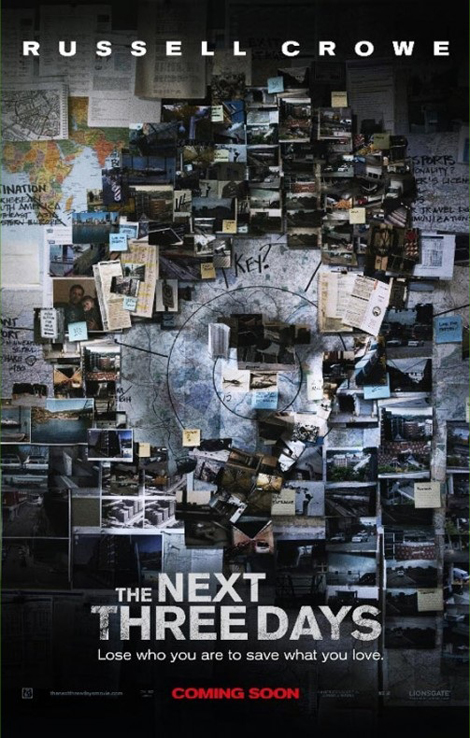 of propriety towards those that he loved, governed by an impressive and overwhelming sense of honor. John Brennan and especially his wife, Lara Brennan, played by Elizabeth Banks, knew, to their impervious core, what it meant to be knocked down ... to see the world from the bottom rung of a mighty tall ladder.

This story is about their plight to climb that ladder to the top, irrespective of the mounting odds against their success, but to continue regardless of the outcome. Their remarkable story wasn't so much about the moment of winning, but more about the mission of purpose.

And the promise from purpose was what Russell Crowe brought to his role as the committed husband by night, community college educator by day. His wife, Lara, was an aspiring business woman by day and a terrible victim of circumstances by night, or was she?

John, Lara, and their son Luke, appeared to be the perfect family, until the mother is ripped from the bosom of maternity for the crime of murdering a coworker that she was at odds with, and, by the virtue of the overwhelming evidence, is convicted, and subsequently sent to prison for a very long time - an interminable amount of time that became unbearable for her. After just a few short years, prison was killing Lara. She might as well have been given a life sentence. 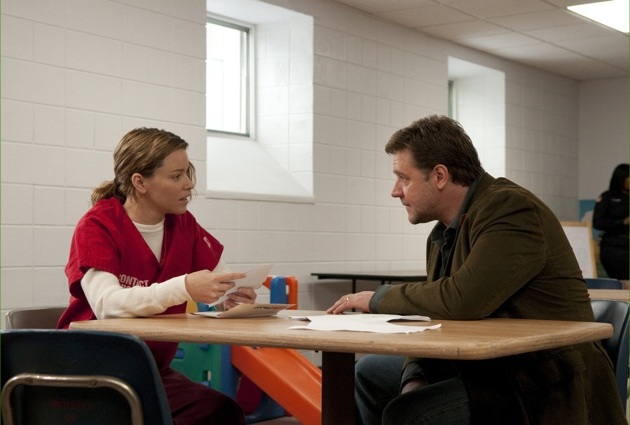 Prison is killing Lara and mild-mannered John is a loving husband: Above and below. 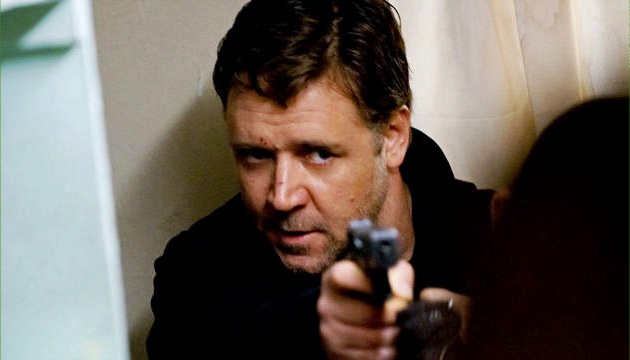 John Brennan knows what he must do, and he made plans accordingly. He finds out, through certain channels, that he has three days to hatch a plan and do what needs to done. To that end, John manically prepares to do what any good husband would do. At this point, Director Paul Haggis, who also shared on the screenplay with Fred Cavayé and Guillaume Lemans, took the story to the level of an impossible romance, with an improbable prognosis of anything good coming from it, and that is the essence of the perfect clarity of purpose that lies within the goodness that resided in John's perfect heart.

Was John prepared for the jailbreak that he had three days to plan, prepare and master? The better question is to ask: Was he prepared to lose his wife, the love of his life forever?

As John planned his masterful deed, he met with a known former jailbreak impresario, Damon Pennington, sparingly played by Liam Neeson, who gave this advice:

Damon Pennington: "But before you do anything, you have to ask yourself if you can do it. Can you forget about ever seeing your parents again? Can you kill a guard? Leave your kid at a gas station? Push some nice old lady to the ground just because she gets between you and the door? Because to do this thing, that's who you have to become. And if you can't, don't start, 'cause you'll just get someone killed."

John Brennan: "How did you get caught?"

Damon Pennington: "I gave myself up. I couldn't take wondering when someone was gonna come through the bedroom door." 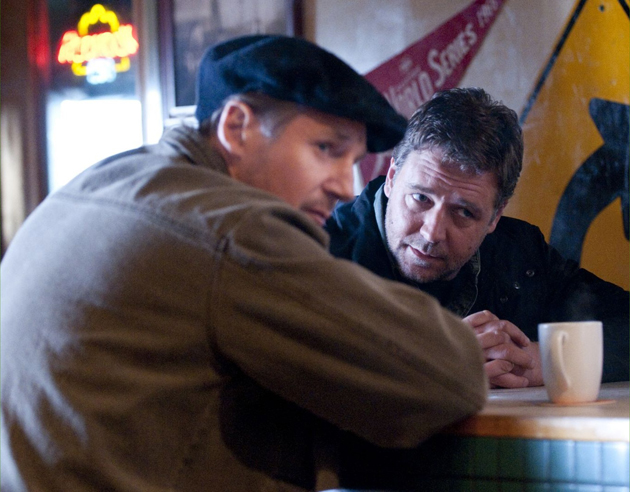 John Brennan and Damon Pennington meet, and then John makes something of his advice as he and Lara flee upon the streets of Pittsburgh, Pa.: Above and below. 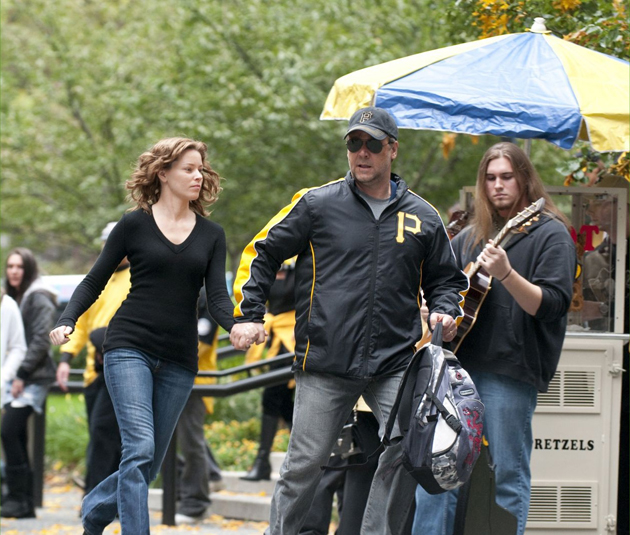 That is the film. How deep is John's love? What was he prepared to do?

I really liked this Paul Haggis film. It was much more realistic than the stereotypical mess that was "Crash," which won the Oscar for Best Picture a few years past.

Overall, I loved the story, I loved the acting. The film had a good pace at a perfect 122 minutes of runtime, and ultimately, made supreme sense as a tale told well. It was one of the best ten films of 2010, but won few awards ... not that it matters ... really.