Facts Destroy Myths on NC Education | Beaufort County Now | What if the conventional wisdom about education in North Carolina were exactly backwards, and it was Republicans who have been more generous in funding our state's schools

What if the conventional wisdom about education in North Carolina were exactly backwards, and it was Republicans who have been more generous in funding our state's schools?

Well, that's exactly the case, if we look not at myths but at facts.

Anyone living in North Carolina the last few years has witnessed a heated battle about the funding and the future of public education. Since 2010, when voters gave Republicans majority control of the North Carolina legislature for the first time in over one hundred years, there has been a discernible change in the direction of education policy. Republicans began to emphasize accountability, higher academic standards, school choice, helping failing schools, and expanding educational opportunity.

The changes have attracted many critics. Along the way, Democrats and liberals have accused Republicans of cutting budgets, gutting the schools, taking education backwards and even "waging war" on education.

But such rhetoric turns out to be flat wrong. Looking over comparable six-year periods, we see Republican-led legislatures spent significantly more than Democrat-led legislatures. That's both in constant dollars and in per pupil spending. Let's take a closer look at the data.

With this year's legislative session over, Republicans have been in charge of writing education policy and budgeting for six years. This chart tells the story: 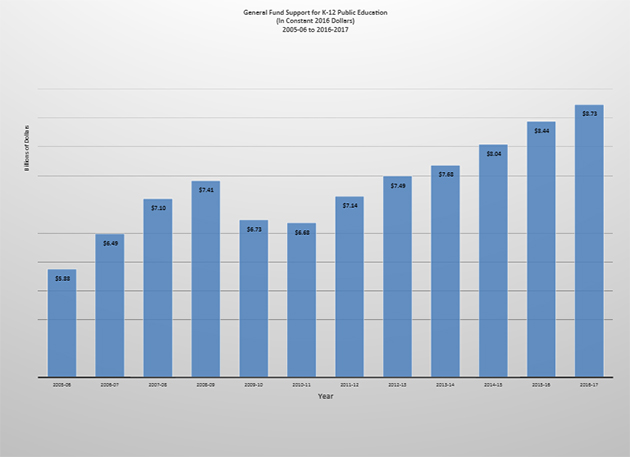 
Chart I provides a graph of general fund support for K-12 public schools in constant 2016 dollars (i.e. adjusted for inflation). It's important to note that during the first six years of the graph, 2005-06 to 2010-11, Democrats controlled the North Carolina General Assembly. Thus school policy and budget writing were controlled by the Democrats. The 2011-12 was the first budget that reflected the change in leadership.[1]

How do these numbers compare with the following six years of Republican control?

Some will say that budgets have grown during Republican control in part because of budget reductions made during the Great Recession and simply because the overall number of public school students in North Carolina has increased. But that isn't true, let us look at a chart on state support per student.


Per student spending in NC 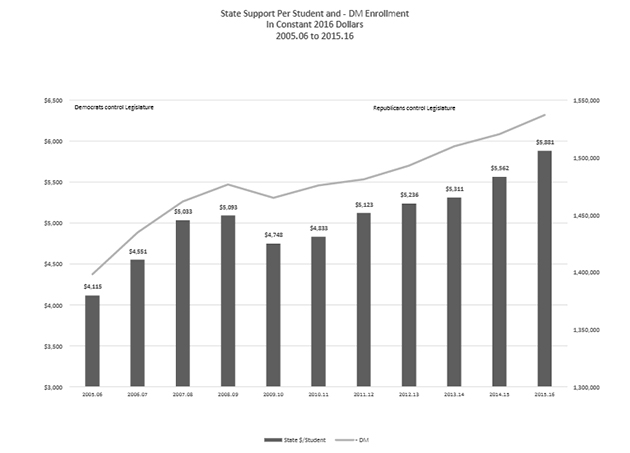 
Chart II maps the change in per student support in constant dollars (2016) from 2005-06 to 2015-16. Again, the first six columns are years when Democrats controlled the legislature as well as the education budget and policy; the last five years 2011-12 to 2015-16 that control shifted to Republicans. Republican budgets are represented by five columns - not six - since state support per student figures are not yet available for 2016-17. Based on the addition of $314 million to the K-12 public school budget, however, there is more than a good chance that per student support will again increase in 2016-17.

To sum up, the claim that education budgets have been drastically cut is refuted by the facts. Since assuming majority control of the legislature, Republicans have actually added over $2 billion to the K-12 education budget. In addition, budget increases in recent years of Republican control were such that per student state support grew consistently and at a higher rate than during the earlier period when Democrats controlled the legislature.

Such realities expose the myth that under Republicans North Carolina has "slashed" support for public education. In fact, the figures support the exact opposite conclusion: With the GOP in charge, North Carolina schools are in many ways doing much better financially than when Democrats were in control. There are arguments to be had regarding how to best improve education for North Carolina's children. Such discussions, however, need to be rooted in facts.

In part II, we compare how teachers and teacher salaries have fared under Democrat and Republican leadership.
Go Back