Memories of the Big Top | Beaufort County Now | Can it be? When I read the article announcing the demise of Ringling Bros. and Barnum & Bailey Circus, all kinds of memories came to mind.

Memories of the Big Top 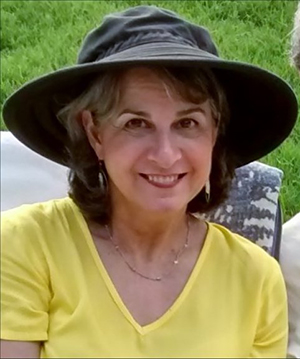 Kathy Manos Penn
Can it be? When I read the article announcing the demise of Ringling Bros. and Barnum & Bailey Circus, all kinds of memories came to mind. Yes, yes, I've heard the stories about the mistreatment of the elephants, but as children, we didn't know that. I still shed a tear over the scene in Disney's Dumbo when the mother is chained up because the circus thought she was violent, but that never stopped me from enjoying the circus.

My first recollection of going to the circus is the time my aunt took my younger sister and me to Madison Square Garden. I recall the sensory overload of the sounds and smells and seeing a man on stilts up close and personal. I came home with one of those little flashlights, which I promptly used to read beneath the covers at night.

My strongest memory of that first experience, though, is the adventure we had getting home to my aunt's house. I don't know how we got to the circus, but we tried to go home on a bus. The driver wouldn't let us bring my sister's stroller on board, so my aunt marched into a shoe store in Manhattan and had them wrap the stroller in brown paper so we could get on the next bus with a package?not a stroller.

Does anyone else remember the children's book, Toby Tyler? It told the story of a young boy running away to join the circus and was not only a chapter book but also a Golden book. I remember the book and the 1960 Disney movie. Both were classics. According to Wikipedia, it influenced a generation of young boys who grew up dreaming of joining the circus.

A young Carl Sandburg thought Toby Tyler one of his favorite books (even better than Adventures of Huckleberry Finn). Harlan Ellison credits it as influencing his decision to run off with the circus.

My husband says he never did get to run away to the circus, and now he never will. I liken this to his continued yearning for a pony, which he keeps alive even today by watching Westerns. I'm sure he fueled his childhood circus fantasy by watching the circus movies we all remember.

The Greatest Show on Earth, the 1952 academy award winner with Charlton Heston, Jimmy Stewart, and Betty Hutton is one I recall seeing over and over with my parents. Instead of football, I remember lounging around on Saturday and Sunday afternoons watching classic movies. Though I couldn't readily call the title to mind, I immediately pictured Burt Lancaster in Trapeze starring beside Tony Curtis and Gina Lollobrigida. 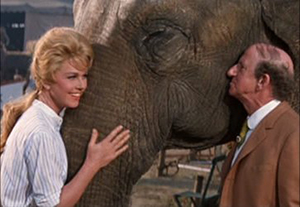 And then there was the 1962 musical Jumbo, a standout for me because I saw it at Radio City Music Hall. It wasn't a huge hit back then, though it starred Jimmy Durante, Doris Day, Stephen Boyd, Martha Raye and, of course, Jumbo the elephant. I can still hear "The Most Beautiful Girl in the World" sung by Stephen Boyd.

I wonder whether the 2007 book Water for Elephants was such a huge bestseller not only because it's well written but also because the story takes place in a circus.

Oh well, the Big Top will soon be gone, and future generations will no longer dream of "running away to the circus." How will this sentence end in years to come? I want to run away to ...
Go Back