WASHINGTON, NC- Beaufort County Community College will be dedicating a sculpture created by its welding students and instructor as part of its 50th anniversary. The college would like to invite alumni who attended during the first three years the college was in operation (1967-1969) and employees who worked during that time period. The ceremony will take place on March 22 at 12:00 p.m.

Welding instructor Ted Clayton has been working on the statue for seven years, getting materials donated from PotashCorp, Flanders Filters and Carver Machine Works. He went to the "boneyard" at PotashCorp looking for scrap metal, and when he told them what he wanted to do, they laughed and told him to grab anything he needed.

Welding students have had a chance to express their artistic side while learning the proper welds. The 5,000-pound metal sculpture contains a school of fish swimming around pilings. On top of the pilings is an osprey circling its next with chicks inside. On the back is a great blue heron.

"I love to fish. I'm huge about the Pamlico River. If you ride from here to Ocracoke, you will pass all of these pilings, and they all have nests on them," said Clayton. "It hit me one morning when I was riding out with my dog. It's pretty right here. You cannot take from the Pamlico. It holds its own against anywhere in the world."

The work on the statue has taken place entirely outside of class. Students have enthusiastically volunteered to contribute to it. When he first told students about his idea, they laughed at him. Once they started working on the sculpture, "sparkles started coming in their eyes," according to Clayton. "They realize, 'what can't you do with a piece of metal?'"

BCCC was chartered as a technical institute nearly 50 years ago, but its roots in the community run even deeper. Industrial and technical education was offered in Beaufort County in 1962 through an Industrial Education Center. The center was first affiliated with Lenoir County Technical Institute and later with Pitt Technical Institute.

Local businessman A. Graham Elliott was an early supporter of industrial education in Beaufort County. In 1967, Elliott, then chairman of the Advisory Committee of the Industrial Education Center, said, "There is a real need for spreading trade and technical educational benefits to greater numbers in Beaufort County. It is necessary that we take a serious look at this type of institution called the technical institute."

Two events that same year made a stand-alone technical institute for Beaufort County possible ― local voters on November 8 approved a $500,000 bond issue by a vote of nearly three to one, and State Sen. Ashley B. Futrell and State Rep. William R. Roberson Jr. introduced legislation in their respective chambers of the N.C. General Assembly establishing Beaufort County Technical Institute. 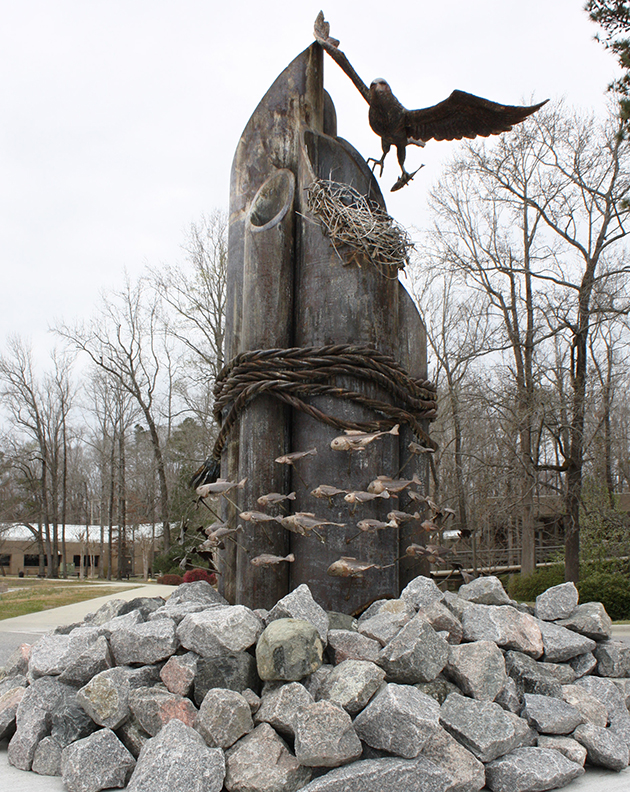 On Aug. 23, 1968, 39 graduates received their diplomas at BCTI's first graduation. Almost 50 years later, BCCC conferred 190 degrees, diplomas and certificates on the Class of 2016, including 45 Associate's Degrees in Nursing.

In 1969 a permanent site for BCTI was purchased, and construction of the school's campus on U.S. 264 began. After being housed in temporary locations throughout the county, including a former prison farm and in space above what was then the local fire department, BCTI moved to its current location in the spring of 1971.

The campus sits on the former Woodrow Sheppard farm, which was sold to the BCTI Board of Trustees by Fred and Mary Sheppard. Another tract was sold to the college by Vandalia Sykes. The last land purchase was from Linda Byrd and Roger Woolard in 2015.

With more than 400 employees, 2,100 students enrolled in its Curriculum programs, and 4,400 in Continuing Education, BCCC is a driving force in the economic development of the region. Under the leadership today of Dr. Barbara Tansey, BCCC's fifth president, the college constantly initiates collaborative efforts with community and government agencies, provides innovative technology and builds strong relationships with business and industry.

Alumni and employees from 1967-1969 should contact Serena Sullivan at 252-940-6326 if they would like to take part in the dedication ceremony.
Go Back