After National Search, Marketing and Communications Leader Named at ECU

Tom Eppes, former chief communications officer at the University of Mississippi (Ole Miss) and previously president and chief executive officer of long-time North Carolina agency leader PriceMcNabb, will lead a team of marketing and communications professionals focused on increasing awareness of the university's national leadership in academics, research and service.

Eppes was a marketing and communications executive at two international corporations based in Atlanta, a journalist and a U.S. Senate campaign press secretary before joining PriceMcNabb, a Charlotte-based advertising and public relations agency that earned national and international recognition for its leadership in integrated marketing communications, public relations, advertising and graphic design. PriceMcNabb became an Adweek creative team of the year and won international awards including Cannes Lions, Clios, One Show pencils and Silver and Bronze Anvils from the Public Relations Society of America (PRSA). PriceMcNabb merged with New York agency Eric Mower and Associates in 2004. 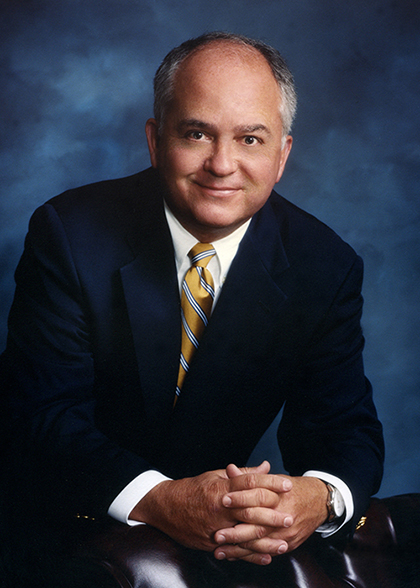 Tom Eppes (Contributed photo)
"ECU has become an extraordinary leader in research and education across a wide range of academic specialties, but we have some work to do in making the people of North Carolina and across America more aware of that success," Staton said. "We look forward to Tom's leadership in building that awareness."

Eppes earned his undergraduate degree in journalism and political science from the University of Southern Mississippi and a master's degree in strategic public relations from George Washington University. He was enrolled in the Ph.D. program at the School of Journalism and Mass Communications at the University of North Carolina at Chapel Hill when he accepted the position at Ole Miss in 2012.

Eppes, who is accredited in public relations (APR) and a PRSA Fellow, served on the national PRSA board and its executive committee, as the organization's national treasurer, and as chair of the organization's Board of Ethics and Professional Standards. He also served as a national assembly delegate and local board member for PRSA chapters in Charlotte and Memphis.

"ECU has earned the right to be recognized as one of the elite North Carolina universities known nationally for higher education excellence, and I'm very excited to join a great team of professionals who are committed to making that happen," Eppes said.

Eppes and his wife, Jennie Spradling Eppes, are relocating from Oxford, Mississippi, to Greenville, with an expected start at ECU on June 19. They have three adult sons, Ben, Jared and Michael; two live and work in New York City and one in Charlotte.
Go Back