ECU to Lead Universities in Developing Health, Science Programs Thanks to $1.18 Million Grant

The Science Education Partnership Award from the National Institute of General Medical Sciences went to Melani Duffrin, professor of nutrition science, director of special projects for the ECU Center for STEM Education and creator of the FoodMASTER program; Dan Dickerson, associate professor of science education and ECU's Science, Technology, Engineering and Math Collaborative for Research in Education director; and Shawn Moore, interim director of the Center for STEM Education at ECU. 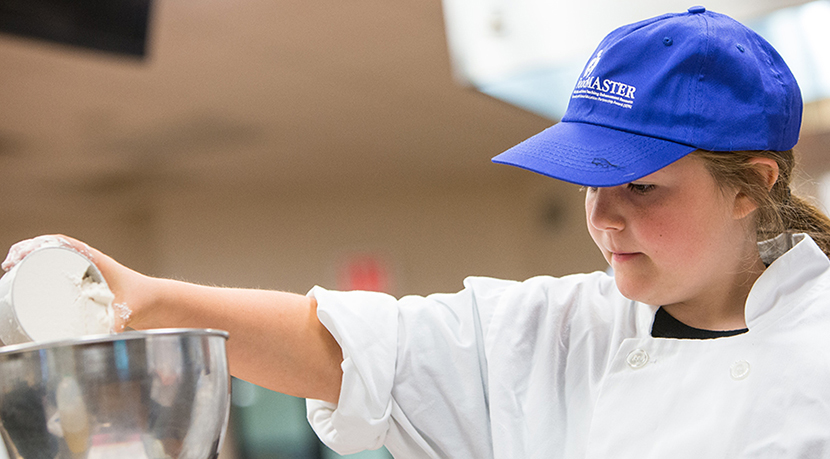 University partners will begin the work this fall by attending the "Bridging the Gap" conference supported by the North Carolina Association for Biomedical Research.

NCABR has partnered with FoodMASTER for more than seven years. FoodMASTER stands for "food, math and science teaching enhancement resource." 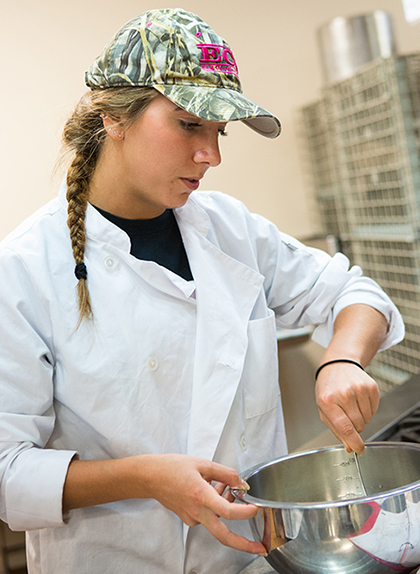 ECU student Alexis Pinto mixes ingredients in Melani Duffrin's food science laboratory in this April 2016 photo.
The funding will also continue to support local summer science activities in partnership with the Love A Sea Turtle Foundation, River Park North and the Boys and Girls Club of the Coastal Plains.

For example, more than 200 youth from Pitt County Boys and Girls Club units participated in STEM camps at River Park North this summer.

In addition, the project will develop new FoodMASTER learning materials for informal science learning environments such as afterschool programs and museums.

Sylvia Escott-Stump, former president of the Academy of Nutrition and Dietetics and an ECU faculty member, will educate dietitians about the FoodMASTER Initiative approach and the NIH SEPA program.

"Our goal is to have every dietitian in the United States knowledgeable about how to leverage partnerships with science teachers to improve nutrition science knowledge. We already have strong interest from dietitians in other countries as well." said Escott-Stump.

Developers of FoodMASTER say people are exposed to math and science concepts each time they use food, making it an exceptional teaching tool. 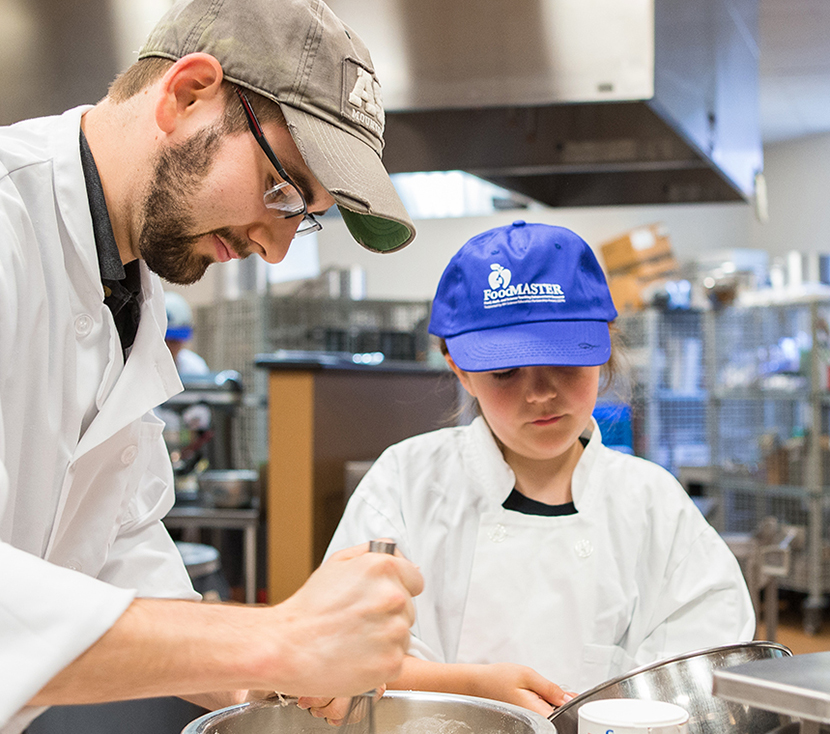 Sebastián Díaz, external evaluator for the project, sees this as a unique advantage of the Deep South Network. "This model for research not only integrates science education and health promotion, it also leverages big data to investigate how this approach can be expanded to K-12 systems regionally and nationally," he said.

Teacher efficacy to engage in science related to food and nutrition is also another important consideration for the FoodMASTER Initiative approach, especially in light of increasing obesity rates, said Duffrin.

Duffrin developed the FoodMASTER program at Ohio University in 1999 with elementary school teacher Sharon Phillips. Since 2005, Duffrin's SEPA-funded FoodMASTER Initiative at ECU has produced local impacts and serves as a national model for improving public understanding of science in the context of healthy living.

Duffrin has received $3.8 million in grant funding with 95 percent of those dollars originating from the Science Education Partnership Award. Continuous research has justified the effectiveness of the FoodMASTER approach.