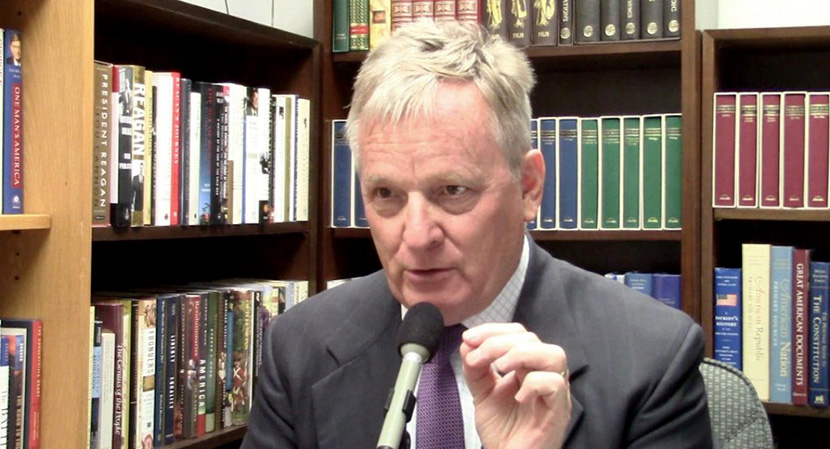 State Treasurer Dale Folwell says if lawmakers shelve his State Health Plan reforms they will have nobody to blame but themselves.

Folwell is locked in a heated battle with state hospitals, health systems, doctors, and legislative supporters of House Bill 184, which is slated for a House floor vote Wednesday, April 3. The measure would scuttle his Clear Pricing Project. The proposal is meant to drive down rising expenses that could make the insurance plan insolvent by 2023.

Instead, the bill would form a legislative study committee made up of medical representatives, State Employees Association of North Carolina delegates, and other stakeholders to explore alternatives.

Operating costs will increase without immediate action. The more than 720,000 state employees and retirees on the self-funded State Health Plan will be forced to pay more than the 16 to 17 percent they now fork over in premiums, co-payments, and deductibles, Folwell said Tuesday during his monthly Ask Me Anything teleconference with reporters.

Taxpayers will cough up more, too, because the departments where those state employees work will need to pay higher shares of premiums.

"As we sit here this morning the unfunded pension and health care liabilities in North Carolina combined are eight times the state debt," Folwell said. He has been warning for years about the rising debt in employee benefit plans, cautioning that inaction could reduce the state's bond rating. A lower bond rating would increase interest rates, costing the state more to borrow money for projects.

"The cost of health care and pharmaceuticals are going up faster than the amount of state funding of the plan. Either they fund it or they allow us to fix it" before the state burns through its dwindling reserves, he said. The plan has only 3 percent of the money needed to pay future obligations, making it one of the worst-funded public health plans in the nation. It has about $35 billion in unfunded liabilities.

Hospitals and a related lobbying group, the N.C. Healthcare Association, publicly have gone after Folwell and the Treasurer's Office, he said the Treasurer's Office. The State Health Plan Board of Trustees also has come under fire. He is puzzled by legislative action to thwart his plan because trustees are appointed by the governor, House and Senate leaders, and they voted unanimously to approve his reform.

He said the criticism is misplaced because the Treasurer's Office merely runs the system. Lawmakers write the checks.

"If we're not successful in increasing transparency, pushing the power out to the consumer, and driving down health care costs, they are going to have to write a bigger check, not for a year, not for two, but for decades to come," Folwell said.

He wants to launch his Clear Pricing Project in January 2020. But H.B. 184 wouldn't implement recommendations until a year later. Folwell's plan is built on what's known as a reference-based pricing model. Under it, hospitals and medical providers would be paid at 182 percent of Medicare reimbursement rates. Currently, they charge widely differing prices.

Hospital administrators and lobbyists say Folwell's plan puts some rural hospitals' survival in jeopardy, and could cause state employees to travel more to get health care services.

A legislative actuarial note supports Folwell's claims. It concluded the state would shave more than $1 billion off unfunded liabilities and cut hundreds of millions of dollars in excess insurance claims if his proposal goes forward.

But the Senate appears less eager to interfere with the operations of the State Health Plan, says the office of Senate leader Phil Berger, R-Rockingham.

"Senator Berger thinks that the hospital industry and the treasurer should continue their negotiations, and he would be hesitant to involve the legislature in micromanaging a plan that we authorized the treasurer to manage just a few years ago," spokesman Pat Ryan said.