Published: Wednesday, June 26th, 2019 @ 1:26 am
By: James G. Martin Center for Academic Renewal   ( More Entries )
Publisher's note: The James G. Martin Center for Academic Renewal is a nonprofit institute dedicated to improving higher education in North Carolina and the nation. Located in Raleigh, North Carolina, it has been an independent 501(c)(3) organization since 2003. It was known as the John W. Pope Center for Higher Education Policy until early January 2017. 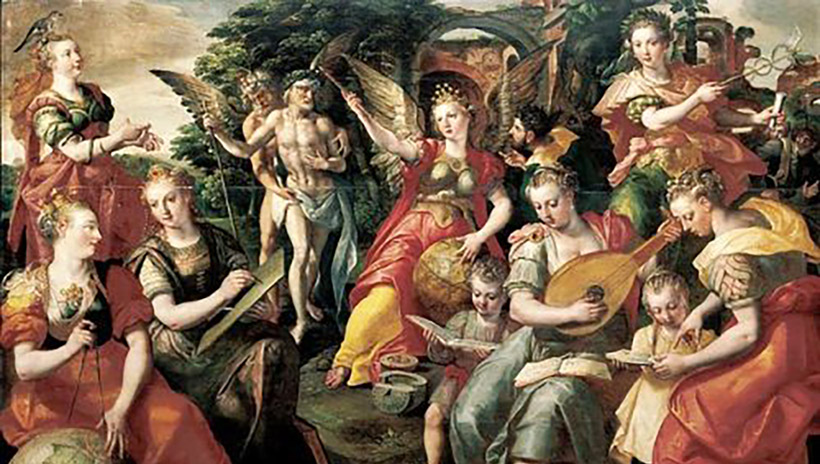 There are a lot of good reasons to question the value of a traditional college degree. Tuition costs have been rising at a rate that's almost eight times faster than wage growth, and yet survey after survey indicates graduates are still woefully unprepared when entering the workforce.

While it's tempting to blame poor preparation on liberal arts degrees, it would also be wrong. The labor market isn't just starved for engineers, computer scientists, and skilled manufacturers-employers also want graduates with a strong arsenal of soft skills. The fact that many graduates still lack these core skills demonstrates how the explosion of degree options and the popularity of easy majors at many universities has actually damaged their core liberal arts programs.

Colleges in North Carolina are no exception.

According to an annual survey by the American Council of Trustees and Alumni (ACTA), which evaluates 1,100 schools based on the strength of their general education requirements, many of North Carolina's leading institutions fail to ensure that their students take basic courses in literature, American history, economics, composition, foreign language, math, or science.

Of the 49 North Carolina schools ACTA evaluated, only one-Gardner-Webb University-required students to take courses in all of those disciplines. North Carolina State University-one of the lowest-rated schools in the state-only requires math, while the University of North Carolina at Chapel Hill and UNC-Asheville omit any requirements for American history or economics. Even some of the state's self-proclaimed liberal arts schools, like William Peace University or Guilford College, earn lackluster ratings for their core curricular requirements-the exact area where they should excel.

Perhaps worst of all is Wake Forest University, an elite liberal arts school whose students can walk across the graduation stage without having taken a single course in literature, American history, or economics, and only one class in either math or science.

To be fair, North Carolina doesn't rank especially badly in ACTA's evaluations compared to other states. And some of its highest-ranked schools, like Bennett College or Belmont Abbey College, charge less than $20,000 a year for tuition (low in comparison to many other NC universities).

But students must be learning something, right? A quick look at some course catalogs reveals the interesting tradeoff that exists between actual interdisciplinary learning and mere curricular variety.

At Appalachian State University, which receives a "D" from ACTA, students get ambushed by a dizzying array of options. From an anthropology course devoted solely to the understanding of "magical worlds" to a photography course on wedding and portrait photography, along with the usual long list of courses on gender, sexuality, class, and privilege, the wealth of options has crowded out the most basic-and often the most valuable-courses.

The high number of departments and faculty necessary to sustain these huge course catalogs aren't cheap, either. While many factors contribute to the ballooning cost of college, the growth in the number of teaching faculty, graduate assistants, and administrative staff that outpaces enrollment has certainly played a role. Even some of the colleges with comparatively slim general education requirements haven't saved on overhead costs.

For instance, compare the "B"-ranked Barton College with "D"-ranked Guilford College-both small, private liberal arts schools. Despite having much weaker general education requirements, Guilford still spends more than Barton ($9,844 per student vs. $8,288 per student) on instruction, and roughly the same amount on administration. These spending figures are dwarfed by the school at the very top of the state list: The "C"-ranked Wake Forest spends a whopping $113,837 per student on instruction and another $12,881 per student on administration. While this vast disparity can be partially attributed to Wake Forest's medical school instruction and its private school status, the school still spends about $40,000 more per student on instruction than Duke University-another private university with a medical school.

The cafeteria-style variety in course offerings are viewed by many students as a cool perk, however, not a problem. Admittedly, a course on fan fiction at Davidson College sounds interesting to me. I'm also not embarrassed to admit that I took more than a few obscure courses during my undergraduate studies with titles like "Minds and Machines" and "Aesthetics." However, I was also fortunate to have excellent professors who were invested in my development as a writer and thinker, and who consciously fostered interdisciplinary discussion.

But it'd be naïve of universities to consistently rely on individual professors to fill in the foundational gaps that exist in their students' understandings of how different social science disciplines relate. Interdisciplinary learning does not easily come when students study a topic as narrow as how anthropology relates to magic. For far too many students, an endless course catalog provides ample room for picking mindless electives and building a personalized educational curriculum that lacks breadth and coherence.

Employers are bearing the cost of that sloppy curriculum. A 2016 survey by PayScale found that 60 percent of employers complained that new graduates lacked critical thinking skills, and nearly half of those companies found issues with the writing abilities of their recently hired graduates. A good liberal arts program develops those skillsets by making it labor intensive. The broad curriculum requires many hours of reading, long papers, and deep engagement. But that kind of learning rarely happens today: The average student spends fewer than 20 hours a week on studying and attending class. Should we be surprised by the results?

Having free choice over abundant options is usually a good thing. When it comes to specialized learning, however, colleges have an obligation to prioritize the major disciplines that have played a central role in shaping humanity, and to focus on how those disciplines relate to one another. To that end, more is not always better.

Too often, the liberal arts are erroneously equated with the "useless" courses so many college graduates took. This derision is because, without a strong general curriculum, many of the topic-specific courses built to fill classrooms and prop up entire academic departments truly do seem useless. It's time for the North Carolina institutions with the costliest tuition rates and the highest prestige to take the helm in redeeming the liberal arts. By cutting the curricular fluff and only awarding degrees to students who are truly equipped with the hard and soft skills they need to succeed, the state's colleges can prove to be actually worth the cost.