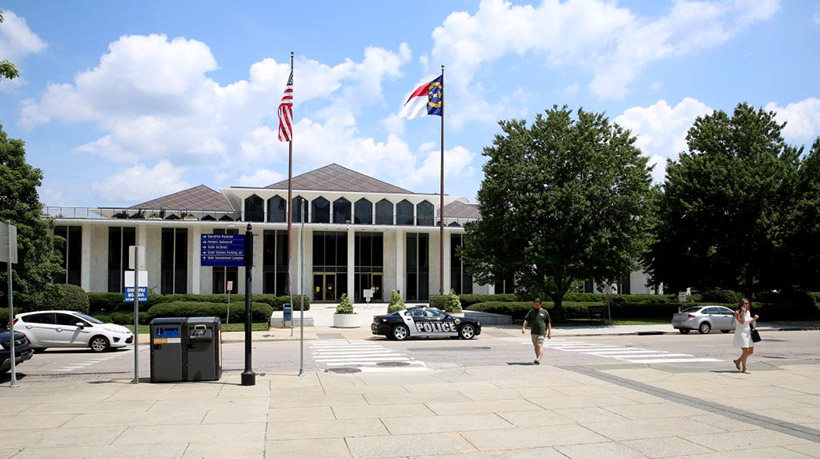 On Wednesday, Oct. 30, Republicans introduced a mini-budget in the House Education Appropriations Committee covering teacher pay raises. A conference report to Senate Bill 354 served as the vehicle for the pay raises.

If the full budget becomes law, teachers would see an even higher raise.

S.B. 354 is on Thursday's House and Senate calendars as a conference report. The bill can't be amended, only approved or rejected.

In a news conference Wednesday, Speaker of the House Tim Moore, R-Cleveland, said the supplemental raises would be paid for with the unexpectedly higher revenue forecast.

Republicans had intended to send back some of the extra money to taxpayers. House Bill 74, the Taxpayer Refund Act, has been in the House Finance committee since August. Moore said it's still an option.

Republican lawmakers are forcing Senate Democrats to choose between sustaining the budget veto or getting higher teacher pay raises.

"There's still time for Senate Democrats to come back to us with what more they need to override the veto. This bill can change in five minutes," Senate Leader Phil Berger, R-Rockingham, said in a news release. "Otherwise, this is it. If the governor vetoes this bill, teachers and support staff are the only ones in the state who will get nothing."

Cooper vetoed the $24 billion General Fund budget June 28. He criticized the Republican-led General Assembly for prioritizing tax cuts over investments in public education. But the lack of funds for Medicaid expansion in the budget drove Cooper's veto.

While the House rejected Cooper's veto in a surprise Sept. 11 vote, the Senate has yet to make an attempt. Berger said the Senate plans to wrap up business by Thursday, with or without an override.

Senate Democrats have claimed they are "21 strong," meaning all members intend to sustain the veto.

Senate Minority Leader Dan Blue, D-Wake, said in a news release that Senate Democrats have made it clear to Berger they won't override the veto.

"Instead, we will work with Republicans to improve the mini-budgets they have proposed." Blue said.

The Senate minority leader tweeted that last week his office suggested a 6.5% teacher pay raise and a 2.5% pay raise for non-certified school employees.

Cooper accused Republicans of holding teacher pay raises hostage and likened the lawmakers to kidnappers. He claimed Republicans were demanding corporate tax cuts and a bad budget in exchange for paltry teacher raises.

Berger, in a news release, quickly fired back, saying the standalone bill provides teachers with a pay raise even if the full budget never becomes law.

"The governor appears to be intentionally misleading the people he represents. That's unacceptable," Berger said.