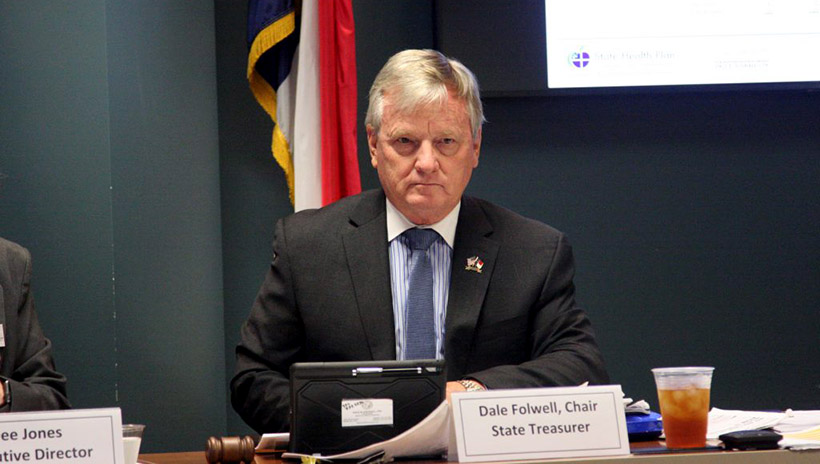 The transportation department, which is in a financial bind after overspending by about $2 billion this year, deserves a leader with better oversight, Folwell said Oct. 31.

NCDOT depleted its budget in 2019, shows a report commissioned by the Office of State Budget and Management. The financial review set out to untangle inefficiencies in the state's $5 billion transportation machine. State law requires NCDOT to keep no less than 7.5% of its revenues in the bank. That's about $282 million, the report says. NCDOT over the past decade has maintained about $1.2 billion in cash reserves. But the department's account is shrinking, in September riding at roughly $432 million.

Now the department is scrambling for money, despite receiving an additional $900 million in bonds between March and June of this year. Hurricanes and underestimated project costs are to blame for the overspending, Trogdon said in early October. Lawsuits over the state's repealed Map Act, a controversial law that allowed the NCDOT to take private land that was mapped for future roads, have also forced the agency to pay hundreds of millions in settlements and court costs.

But that's not the whole story, Folwell's office said Thursday. NCDOT's office overspent partially by making $1.1 billion in loans from the Highway Trust Fund to the Highway Fund between April 2018 and April 2019. HTF money is designated for capital projects. The Highway Fund is for maintenance.

"Under state law, many of the projects funded could not have been paid using HTF funds. Additionally, as required by statute, NCDOT neither sought nor received approval of the State Treasurer to loan the funds from the HTF to the HF," Folwell said.

No loans from the HTF have been taken out in 10 years, Folwell said.

Carolina Journal reached out to Trogdon's office for comment, and received the following response:

"Secretary Trogdon is focused on continuing to deliver critical projects in every region of the state and implementing improvements to our internal processes to continue to improve what we do for the people of this state while operating within our cash window," said Trogdon spokesman Steve Abott.

The DOT should've slowed down on spending, said Folwell, who believes Gov. Roy Cooper should oversee the department's finances by way of the Office of State Budget and Management. That way, NCDOT can focus on building roads, he said.

Cooper has been silent on the matter, Folwell told CJ.

In a response to CJ, Cooper's office dismissed Folwell's complaint. "A financial lecture from the nation's least effective state Treasurer, who boasts among the worst fiduciary return on investment and raised the cost of health care for state employees during his tenure, is not credible," said Megan Thorpe, a spokeswoman for Cooper.

"NCDOT is continuing to complete projects across the state while working within the guidelines set by the legislature in statute and navigating unprecedented costs from historic storms and flooding and the MAP Act Settlements," Thorpe said.

Taxpayers, agencies, and bondholders should be able to trust that their money is being used properly, Folwell said. The lack of oversight at NCDOT is outrageous, he added.