Weld, Walsh to Appear on Presidential Ballot, Election Board Rules 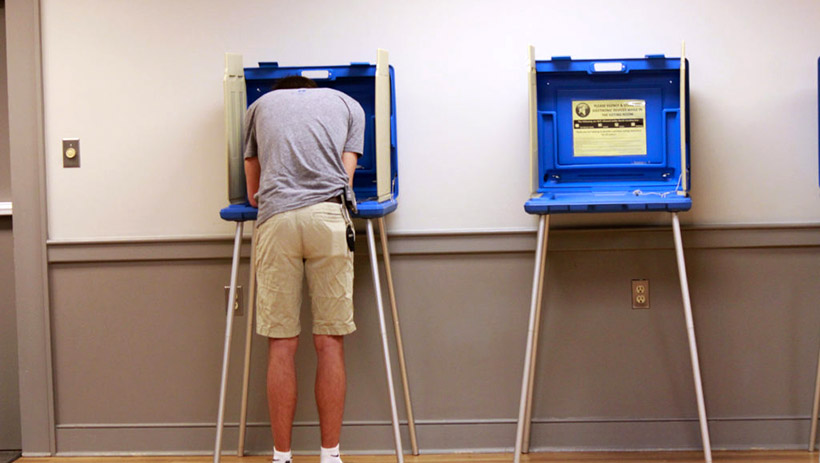 Two Republican candidates are joining President Trump on North Carolina's presidential ballot - against the wishes of the N.C. Republican party.

The N.C. State Board of Elections on Friday, Dec. 20, unanimously approved former Massachusetts Gov. Bill Weld and former U.S. Rep. Joe Walsh of Illinois to appear on the ballot for the 2020 primaries. Later in the meeting, the board dismissed complaints against two Bladen County Board of Elections officials accused of posting anti-Trump sentiments on social media.

Bob Orr, a Raleigh attorney and former N.C. Supreme Court justice who publicly opposes Trump, pushed for the ballot additions. To be added to the ballot without the endorsement of a political party, a candidate must be recognized by U.S. or statewide news media. Ballot approval remains in the hands of the state board.

Jonathan Sink, N.C. GOP executive director, opposed adding Weld to the ballot, telling board members Weld's candidacy isn't recognized by the national or state media and that a "simple Google search" would prove his point.

The elections board - three Democrats and two Republicans - approved Weld's and Walsh's candidacies without discussion.

Several other candidates whose names weren't submitted by their parties handed in written requests for ballot access. But none had a representative to advocate for them meeting and, consequently, weren't added.

Presidential candidates can also access the ballot through a petition of 10,000 voters who are registered with the candidate's party, the board noted in a press release.


The elections board dismissed complaints against two Bladen County Board of Elections members for criticizing Trump on social media.

A teacher from Bladen County, Jane Pait, accused two board members - Patricia Sheppard and Chairman Louella Thompson - of posting anti-Trump sentiments on their social media pages. Pait said she took screenshots of the posts before they were taken down.

Pait said one of Thompson's posts showed a woman in 19th-century dress advocating for a "Trump-free day" and a "Trump-free future." Pait said it was posted in June, after Thompson and Sheppard were sworn in. Another post on Thompson's page showed Trump's face superimposed on an image from Disney's "Lion King," captioned with the words "Lying King."

Pait issued a complaint against Sheppard for a series of posts from April 1. The posts accused Trump of lacking "class and decency," and of being "adulterous," "racist," "sexist," and a "white male deviant." Pait argued that even though Sheppard took her oath of office two weeks before posting those statements, she was appointed to the office March 21.

"There is no way to look at those posts and not say they were trying to sway people against the candidate," Pait said.

Joshua Malcolm, lawyer and former elections board chairman, represented Thompson and Sheppard in the hearing. He argued there was no basis in the law for acting on Pait's complaints or removing the two board members from their office.

"This is not emotional. It's about the law," Malcolm said.

The Board voted 4-1 to dismiss the complaints, with only Republican Kenneth Raymond opposed.

"We can't ignore this," Raymond said. "People have got to have confidence that our local county board members are fair and unbiased when it comes to the candidates."

Chairman Damon Circosta said it's a "common sentiment" that board members should stop posting partisan opinions on social media and should delete old posts that would reflect poorly on their office.

Board member David Black argued that board members lose certain freedoms when they are appointed to run the state's elections. That includes the right to post opinions about public officials. He suggested board members delete their social media accounts altogether.

"This stuff has consequences," he said. "We're getting to the point now where we hear a lot of this."
Go Back