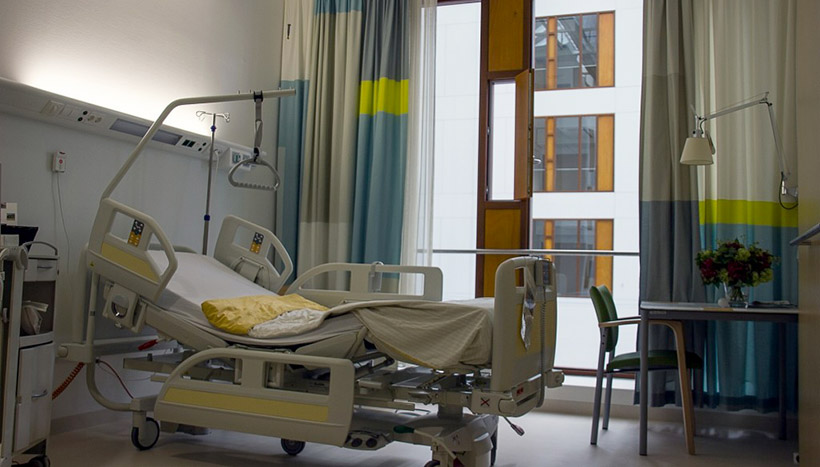 The possibility of a Republican version of Medicaid expansion has died in North Carolina.

Republicans in the House had flirted with a version of Medicaid expansion that would extend coverage only to low-income working adults. But now that a federal appeals court has struck down work requirements on Arkansas' Medicaid program, Medicaid work requirements across the nation are legally vulnerable, and N.C. Republicans are backing away from House Bill 655, or N.C. Health Care for Working Families.

"The key word there was working families," said Rep. Donny Lambeth, R-Forsyth, the bill's sponsor. "If the work requirement is struck down, I have no interest in pursuing that bill. It will die in the short session."

A three-judge panel Friday, Feb. 14, unanimously declared the federal approval of Arkansas's work requirements "arbitrary and capricious." They shot down work requirements for "implicat[ing] the 'core' objective of Medicaid: the provision of medical coverage to the needy," wrote Judge David Sentelle in the decision of the U.S. Court of Appeals for the District of Columbia.

The fate of the work requirements has sunk the chances of a Republican alternative to Medicaid expansion. Lambeth's bill would add some 600,000 people to the state's Medicaid rolls, with the federal government picking up 90% of the tab for residents earning less than 133% of the federal poverty level. Premium fees and a new hospital assessment would cover the rest.

H.B. 655 made it onto the House calendar during the budget stalemate, when Gov. Roy Cooper vetoed the 2019 budget and called for Medicaid expansion. But the bill disappeared into committees, and Lambeth says he won't try to resurrect it after the federal appeals court's decision.

Arkansas first slapped work requirements onto its Medicaid program in June 2018. With federal approval, the state required beneficiaries ages 19 to 49 to prove they were working, searching, studying, or training for at least 80 hours per month. Failing to comply evicted non-exempt beneficiaries from the plan, and blocked them from re-enrolling until the following plan year.

A federal court froze the program almost one year later, after more than 18,000 Arkansans were removed from Medicaid rolls for failing to meet the work requirements.

In Friday's decision, Sentelle wrote that Alex Azar, secretary of U.S. Department of Health and Human Services, failed to consider whether the work requirements would "promote coverage."

Azar said he hoped the work requirements would "encourage beneficiaries to obtain and maintain employment or undertake other community engagement activities that research has shown to be correlated with improved health and wellness."

It's not yet clear if the Trump administration will appeal the decision to the U.S. Supreme Court.

In North Carolina, the uncertainty makes it too "risky" for Republicans to pass H.B. 655, Lambeth said. House leadership has maintained its opposition to traditional Medicaid expansion.

"A federal appeals court striking down Medicaid work requirements, like ... Governor Cooper's decision to block Medicaid transformation, adds additional uncertainty to the future of Medicaid and makes clear North Carolina should not expand the program until these critical factors are resolved," said Joseph Kyzer, a spokesman for House Speaker Tim Moore, R-Cleveland.

"The litigation landscape changes all the time, but one thing that remains constant is Governor Cooper's Medicaid expansion ultimatum," said Lauren Horsch, a spokeswoman for Senate leader Phil Berger, R-Rockingham. "He needs to drop the ultimatum so the millions of dollars in the state budget dedicated to expanding access to health care can flow to groups that are already improving the lives of North Carolinians."