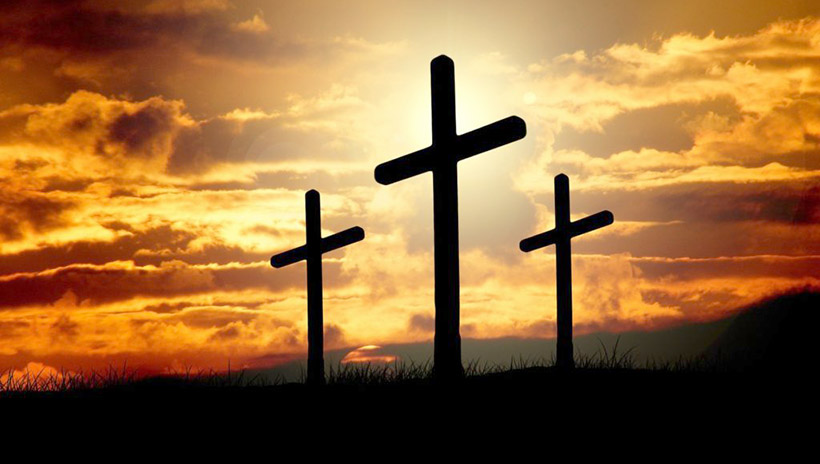 Things at Plymouth Church in Raleigh are mostly quiet.

The church's administrative assistant still comes in, but just once a week.

Dr. Chris Partin, Plymouth's pastor, can't visit members of his church family in hospitals or rest homes. Opportunities to fellowship, a crucial aspect of faith and worship, no longer happen, at least not in any tangible way.

A Wednesday night service at the church typically draws 100 people. In normal times - which these are most definitely not.

Partin had a simple idea to celebrate the most holy week for Christians, one that kept people 10 feet apart and seemingly put no one at risk. Sort of a passion play, sans costumes and theatrics. Worshippers would stay in their cars, and church staff - again, spread out in the parking lot - would try to relay a bit of normalcy.

Gov. Roy Cooper in a letter, said Partin, appeared OK with the idea. But, in these strange - and often illogical - times, when local orders often supersede those from the governor, Wake County disagreed.

The situation raises concerns over the free exercise of religion, as guaranteed in the First Amendment.

"We were going to have different stations, with staff members, like our musician was going to be playing a keyboard outside at one station," Partin told Carolina Journal.

"And then you drive up to the next one. And again, we would be at least 10 feet away from everybody and my wife and I would be there and we would read part of the Easter story and wave and say 'hey' to everybody. ... My children's minister would be there, and was going to have balloons and posters and lots of things, signs saying how much we miss you and all that ... ."

Partin got the idea for the Easter service, at least in part, after his wife, Dawn, joined dozens of teachers from an elementary school in Fuquay-Varina - before the lockdowns - who got in their cars and traced school bus routes, visiting students from the street.

"I mean, I even saw little, old ladies, from two-story windows, waving both their arms, like they hadn't seen another human being in a month, you know, and I saw the expressions on the kids' faces. They were so excited to see my wife and the teachers."

In a letter to the governor dated March 31, obtained by CJ, the N.C. Sheriffs' Association asked whether drive-in church services - with fewer than 10 people - would be allowed under the state's shelter in place order.

"The way these church services have been explained," the NCSA writes in the letter to Cooper, "all church members are 'quarantined' inside their vehicles, with the windows down, with the pastor standing outside giving the sermon via a speaker. Some of our churches would like to do this and we need to know whether or not it is lawful under your executive order."

In response, Cooper, in another letter dated March 31 and obtained by CJ, wrote, "I trust law enforcement's judgment in directing people to abide by local and state health department guidance. These gatherings appear to be acceptable as long as individuals remain in their vehicles and avoid contact."

The Wake County proclamation - the Wake County attorney's letter, dated April 4 and also obtained by CJ - states, "provides that faith organizations and institutions may only be allowed to stay open 'for the purpose of providing online distribution, audio or visual broadcasting of services providing only minimal staff, required for said broadcast or distribution, are present and implement social distancing practices[.]' Since drive-in/drive-through church services would involve the presence of not just 'minimal staff' but other individuals as well, they are prohibited under Section 10(p) of the Proclamation."

Violations of the county order could result in a misdemeanor, including fines and even jail time.

Partin, to his credit, reached out to the appropriate officials. His primary concern is for his congregation.

Partin saw the correspondence between the sheriffs and the governor and, because people were in their cars, thought he would be fine to proceed with his Easter service plans.

"Let me say my main concern as a pastor is for the spiritual and physical health of my church, so I'm not going to do anything that I think is going to put anybody at risk.

I don't like the drive-in (idea), because it's completely weather-dependent. No. 2, how are you going to stop people from sitting on the tailgate or kids needing to go to the restroom inside ... ."

"Or, you're blasting through the speakers, so, you know, you can have neighbors complain and things like that. So, I had the idea, just on Easter. ... We've been doing the online thing and getting very good success with that, and it's been a blessing to have this technology, but I was thinking. ..."

Partin's motive was wholly altruistic. He doesn't want to cause problems or create trouble. Still, he has concerns over the county's ruling.

"I'm not pushing ahead with this, obviously," he said, "but this is the first time since 1776 that ... the government has mandated that churches close. To me, it sets a terrifying precedent. Because, if they can do it over a virus, you know, why can't they do it over other issues that the government decides? ... If the Bible's considered hate speech by some. ... To me it opens a box that I'm very uncomfortable with."

Jon Guze, director of legal studies at the John Locke Foundation, has similar concerns, including infringing on people's right to the free exercise of religion.

"The courts regard the free exercise of religion as one of the most sacrosanct of all constitutional rights," Guze says. "As a result, regulations that restrict the free exercise of religion are subject to the highest level of judicial scrutiny and will only be upheld if they meet a two-part test. First, they must further a 'compelling governmental interest.' Second, they must be 'narrowly tailored' so that they achieve their objective in the least restrictive way possible."

Preventing the spread of COVID-19, without a doubt, Guze says, constitutes a compelling government interest. But, he said, the restrictions on the movement of people imposed by the county's order fail the "narrowly tailored" part of the test in two ways.

"In the first place, the county attorney's statement that religious services do not qualify as essential under the order simply can't fly. If the exercise of religion is sufficiently important to merit a specifically enumerated constitutional right, it must certainly be important enough to be classified as an essential activity under any emergency order. Either the county attorney is misinterpreting the order, or the order itself is unconstitutional in that regard."

Even essential services can be restricted, Guze says. But when it comes to restrictions on the free exercise of religion, the restrictions must accomplish their objective in the least restrictive way possible.

"At least as interpreted by the county attorney, these restrictions don't do that. A well-organized drive-in church service would clearly minimize the risk of infection, so any order forbidding such services violates the constitutional right to the free exercise of religion."

Churches in North Carolina continue serving their congregations, based on local rules and attorneys' interpretations.

At Central Carolina Community Church in Asheboro, in Randolph County, members drive into the parking lot and stay at least six feet apart, a Spectrum News report from Sunday says.

Lead Pastor Edward Arroyo preaches from a stage built at the front of the church.

"We're going bigger," Arroyo told Spectrum. "We're going to have a full band and a full trailer, and we're just going to do what we can to remind the community that even though COVID-19 has canceled a lot of things, it hasn't canceled the Resurrection."

Says Partin, "I know the church is not a building, the church is the people. But I just wanted to see the faces, and I thought that it would do good."