If being cooped up for days has made you irritable, so irritable that you’ve taken out your frustrations online, a recent ruling from the N.C. Court of Appeals might offer a small degree of comfort. carolina journal, social media, rant, death threat, april 7, 2020
Home
Categories
Login 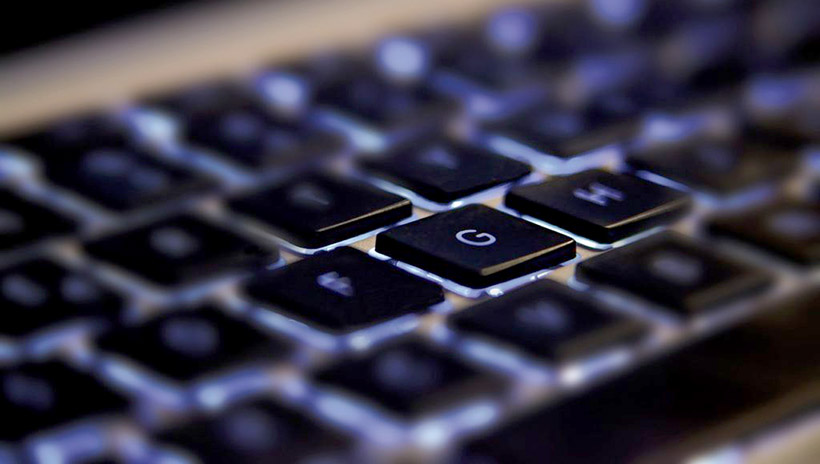 If being cooped up for days has made you irritable, so irritable that you've taken out your frustrations online, a recent ruling from the N.C. Court of Appeals might offer a small degree of comfort.

Three appellate judges agreed a Facebook tirade should not serve as the sole basis for convicting a man of threatening to kill a court official.

After the COVID-19 pandemic is over, the ruling could have a significant long-term impact on free-speech rights in North Carolina.

The story starts in August 2016. Macon County resident David Taylor was angry. He had learned that his local district attorney did not plan to press charges against parents of a child who had died recently.

Taylor knew D.A. Ashley Welch. With an office next to the county courthouse, Taylor saw Welch daily while both took smoke breaks. Another regular courthouse smoker, a Macon sheriff's detective, was one of Taylor's Facebook friends. Taylor's face-to-face interactions with Welch and the detective "were always polite," according to the detective's testimony. The smokers often discussed politics.

Yet Taylor's Facebook commentary of Aug. 24, 2016, disturbed the detective. The decision not to prosecute in the child's death showed that the "judicial system" was not working, Taylor wrote to his online friends. He made disparaging remarks about the system, politicians in general, and Welch in particular. One post included the line "[i]f our head prosecutor won't do anything then the death to her as well."

The detective took screenshots of Taylor's Facebook comments. She forwarded the comments to authorities and called Welch and the county sheriff. An "hour or two" after the screenshots, the detective returned to Facebook. She noticed Taylor had deleted all inflammatory posts.

The SBI arrested Taylor the next day. He was charged with threatening to kill a court officer. He was convicted in Macon County Superior Court in January 2018. The charge carried six to 17 months of prison time. That sentence was suspended as Taylor faced two years of supervised probation.

Taylor's lawyers argued during the trial and on appeal that the First Amendment blocked prosecution in the case. They contended that a case against Taylor required proof of a "true threat" as defined by the U.S. Supreme Court.

In Chief Judge Linda McGee's 120-page opinion, the Appeals Court noted that North Carolina has not settled issues involving "true threats." It's an important topic, since "The freedom of citizens to express dissatisfaction with government action is at the core of the First Amendment."

"The freedom to associate with like-minded people and exchange ideas, as well as the freedom to express unpopular ideas in a public forum, are fundamental rights under the First Amendment," McGee added.

The issue of "true threats" cropped up among a half dozen questions the Taylor case placed before the Court of Appeals for the first time. Among the vital issues to be resolved: How would a state prove that a defendant had issued a "true threat"?

To answer that question, judges needed to consider the context of Taylor's remarks about Welch. "All of Defendant's comments, even the most disturbing, were directed toward a call for political change, or an expression of disdain for the political system," McGee noted. "The alleged threats against D.A. Welch were completely intertwined with Defendant's political rants."

"It is not uncommon for some of the posts on Facebook and other Internet platforms to be 'over the top,' exaggeratedly offensive, threatening, or irrational," she added.

After considering all relevant legal issues, including the context of Taylor's online rant, McGee and fellow Judge Valerie Zachary determined that prosecutors had applied the anti-threat law in an unconstitutional way. They agreed to throw out Taylor's conviction.

The third judge in the case, Richard Dietz, joined one portion of the majority opinion. He agreed with colleagues that the state failed to prove that Taylor had communicated a "true threat." For that reason, he supported reversing the criminal conviction.

But Dietz focused much less attention on the legal nuts and bolts. He pondered instead the nature of Taylor's comments. The judge looked closely at the exact wording of the alleged threat against Welch.

"Even in isolation, this statement is not necessarily a 'true threat,'" Dietz wrote. "In modern English language, calling for 'death to' something quite often is not a threat to kill that thing - it often expresses a desire for the downfall or ruin of that thing."

"We know this not only for English usage generally, but from Taylor's own usage in this same series of Facebook posts. Shortly before his 'death to her as well' comment, Taylor stated, 'Death to our so-called judicial system since it only works for those that are guilty!'"

Taylor was engaging in "political hyperbole." Rather than threatening the district attorney, he was expressing a general distrust "in politicians, the justice system, and the government," Dietz concluded.

"The advent of social media has given us a window into our fellow citizens' views that we did not have before," Dietz wrote. "Drunken political tirades like Taylor's once were confined to living rooms or pool halls. They now can be seen by everyone, everywhere."

"The First Amendment protects them either way," he added. "Taylor's rant was not a true threat - it was 'a kind of very crude, offensive method of stating a political opposition to' the district attorney. His speech is protected by the First Amendment and cannot be criminalized."

It's unclear whether prosecutors will appeal to the N.C. Supreme Court. If so, one can hope that the justices will follow the Appeals Court's lead. They should recognize the difference between constitutionally protected political speech, however irrational or "over the top," and an illegal "true" death threat.