The Great Debate: To Wear or Not to Wear? 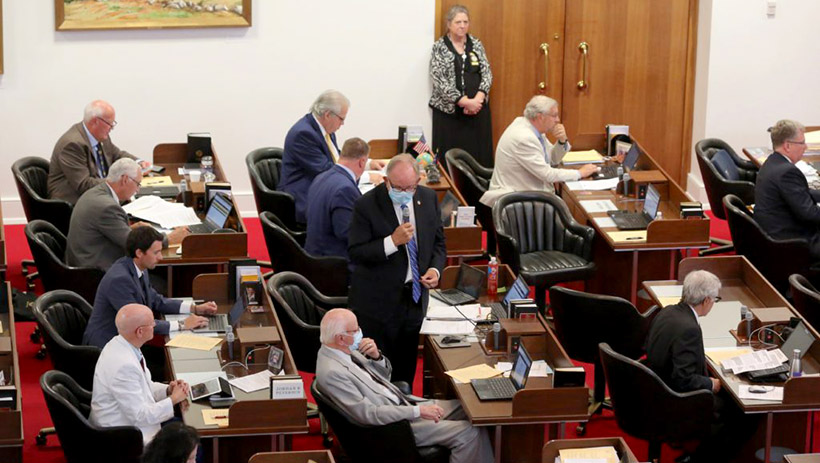 It's trite to say the country is divided. It's a presidential election year and the racially charged protests over police conduct ended whatever fleeting moment of national unity there was in the age of coronavirus. Splits along racial, generational, and ideological lines run deep, and much ink has been spilled describing them. But here I'm interested more in a subtler but nevertheless important cleavage brought to light by what I call the great mask debate of 2020.

To wear or not to wear? That has become a question pitting Americans against each other. Should people don masks outside the house? Pollsters have discovered that, for many, the mask is an expression of political opinion, a visible statement of beliefs. Roughly two-thirds of those who always wear a mask in public are supporting Joe Biden for president this fall. Only 7% of those who never put one on say they are.

Much has therefore been made of those who refuse the mask. To the many in the media, they are Trump supporters mimicking the president's reckless machismo and dangerous disregard of expertise. Or perhaps they are principled but kooky ultra-libertarians. Either way, they are misguided and represent a clear threat to public health, particularly to those who seemed most vulnerable to the coronavirus, immigrants, racial minorities, and the elderly.

Serious self-examination is not a strength of the righteous. The coverage of the divide has been superficial and one-sided. Beyond their obvious good sense in supporting the Democratic presidential candidate, little is said about those who want everyone in a mask. But the motives and behavior of "maskers" tell us a great deal about American public life.

Many who believe leaving home without a mask is dangerous believe in a truth with all the zealotry of a revivalist preacher. Some are indeed experts in a field, although inevitably most are not in anything related to medicine or public health. They base their faith on a deep trust in an understanding of science and its practitioners, a world where there exist not just objective facts but an endless supply of them. Through an educational credential or two, these maskers believe they have been taught to know. They therefore have a monopoly on knowledge. It's their duty to impose it on others. To challenge them is heretical. Even requests to consider the epidemic a complex problem with considerable economic and health costs related to lockdown is illegitimate. They have, as my daughter would say, a "Karen"-like quality.

In an ironic twist, many senior maskers' intellectual heroes are from the counterculture of the 1960s. These radicals' mantra was relativism, that there is no truth, and everything is a social construct. These ideas have long been forgotten. At the vanguard of the current masker movement are the young and the Woke. Skepticism is out; absolutes and conformity are in.

Of course, one thing we have learned during this crisis is there's a lot that medical experts don't know. They're also a very contentious bunch. Think about how predictions on cases, hospitalizations, and deaths have changed, how we have received conflicting advice on matters like the production of ventilators, use of drugs in treatment, the need to treat surfaces, the nature of transmission, and the virus's seasonal effects. It's more than an oversimplification for journalists to report "experts say," it's inaccurate. Some or many experts might say it, but far from all. But most journalists are maskers. Strict adherence to the advice of a supposedly unified medical community is the only rational course of action.

A lot of "maskers" seem smug. That's because many are professionals whose careers have high barriers to entry — graduate degrees and years of preparation, for example — but then protect them from market forces and job loss through licensing and tenure laws. While the virus and lockdown brutally sideswiped millions, these engineers, professors, and lawyers pontificated on how best to confront the pandemic from the comfort of their home offices. Because the immediate economic costs they paid were small, the health costs they potentially faced seemed high. They could afford to resist the economy's reopening.

The mask debate — or more accurately a proxy conflict over how quickly to reopen the economy — has also brought to light a deep schism in the business community. Big corporations with their economies-of-scale, significant web presence, and diverse supply chains can weather the current disruptions in economic activity. Small businesses, disproportionately represented in the service sector and with employees who must work on site, cannot. The Payroll Protection Program has helped alleviate the harm to small businesses somewhat, but many owners have tapped into personal savings and 401ks to prevent going under.

So, "mainstream" media, let's have a little more balance to the coverage of the pandemic, particularly the issue of mask wearing. A little humility on your part wouldn't hurt, either.