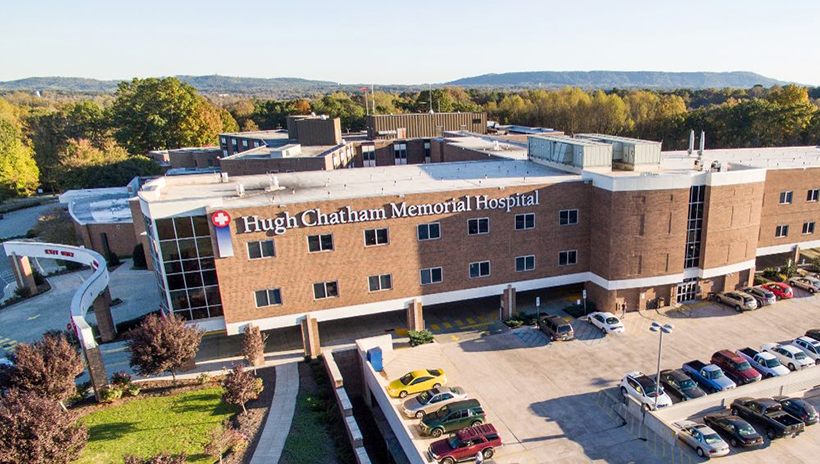 Gov. Roy Cooper's administration froze elective surgeries to prepare for an onslaught of coronavirus patients and at the same time destroyed a major revenue source for hospitals.

Those hospitals lost millions while waiting for COVID-19 hospitalizations to spike in their communities. But that surge hasn't materialized.

Cooper has signaled he will refreeze elective surgeries if hospitals become overwhelmed. If that happens, the damage to rural public health may be irreversible.

"We believed this was our turnaround year, to get back to the positive side of those things," said Joann Anderson, president of Southeastern Health in Robeson County. "And then COVID hit. What was supposed to be our turnaround was actually catastrophic."

For Martin General Hospital in Williamston, the past few months have been devastating. In April, revenue plunged roughly 40%. They dropped 30% in May. Elective surgeries are the "bread-and-butter" of rural hospitals. Without them, hospitals founder, says John Jacobson, interim chief executive officer.

"That's the lifeblood of a small, rural hospital," Jacobson told Carolina Journal. "We run pretty thin margins out here in the rural community. It's not a high-profit business. Being able to break even is our goal."

Even as the state prepares for the next coronavirus surge, rural hospitals are cutting services or reducing staff. Patients in the most underserved areas will suffer.

Cooper's shutdowns already shuttered services and clinics across Robeson County, where Southeastern Health serves one of the largest and poorest counties in North Carolina. Three in 10 residents live in poverty and rely on Medicaid for coverage. The county covers more than 900 square miles.

The hospital lost $17 million. It closed a handful of offices and a clinic on the outskirts of its service area. It had already slashed salaries, projects, benefits, and expenses. It closed 236 job positions, Anderson told CJ.

"In the beginning of COVID, it was as if we had a hurricane every month," Anderson said. "If we went back to Phase One again, that's another huge financial hit. I hate to use the word 'catastrophic.' ... But you can't weather that many storms in one year and be financially OK."

"The nightmare scenario is that the damage of this wipes out health care provider infrastructure," Holmes said. "Hospitals close, clinics dry up, people quit the profession ... a dramatic decline in access, and it won't be equitable."

For Robeson County residents, losing the local hospital would mean driving 30 minutes or more to get care. Patients on Medicaid would lose their coverage when crossing into South Carolina. But Anderson says closing the hospital is still a distant possibility.

Even without backsliding, Hammes expects a slow recovery. Patients remain wary, and hospital leaders fear the damage of shutdowns will be permanent. They worry mass unemployment could dismantle patients' coverage and their ability to afford care.

Congress sent rural hospitals billions in federal relief. But that money is like an inflatable lifeboat, says Holmes. At some point, it will run out of air.

North Carolina gave $30.9 million to 17 rural hospitals in hardship payments. The state accelerated supplemental payments to all hospitals. The state Department of Health and Human Services submitted a plan to allow Medicaid payments to offset Medicaid losses due to COVID-19. The department is waiting for federal approval, spokeswoman Kelly Connor said in an email.

"I don't think it's enough to cover anyone's losses at this point," Dr. Roxie Wells, president of Cape Fear Valley Hoke Hospital, told CJ. "We will respond because that's what's required of us."