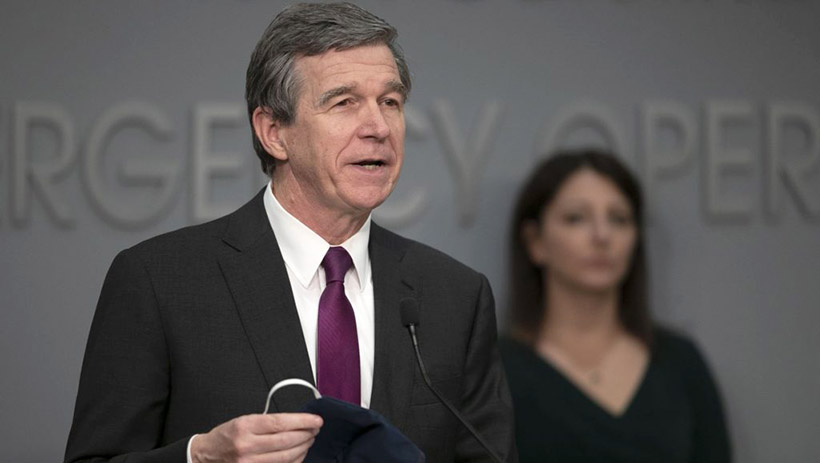 It is hard to know things. It's harder to know how to know things. Harder still is knowing how to know the right things. In North Carolina, Gov. Roy Cooper and much of the press corps have frequently repeated that he's basing decisions about masks, bowling, schools, and anything else related to COVID-19 on "science and data."

This contention leaves open the question of whether state government and the reporters are collecting and analyzing the right data the right way. My colleagues Don van der Vaart and Jon Sanders have argued in a series of reports on the "fog of COVID-19 data" that numbers are being misused and abused. Sanders has noted when news stories have highlighted high case counts without referencing the number of tests reported that day. In an extreme case, WRAL — like that guy who can tell you the last time Houston Astros pitcher Justin Verlander gave up a home run in the fourth inning of a day game — trumpeted the highest number of cases on a Monday. Needless to say, the same day also had the highest number of tests reported on a Monday.

While most have focused on the number of cases, the number of people hospitalized, or the number of deaths, Sanders has paid more attention to ratios. Some of the days with the highest numbers of reported cases also had high numbers of reported tests, which resulted in low rates of cases as a share of tests. For example, May 23 was the first time new cases exceeded 1,000 in a day, but the state reported 26,358 test results that day, for a 4.2% positive ratio. The 14-day average of cases as a share of tests has been nearly flat, around 7% since June 6.

Comparing the number of COVID-19 patients in the hospital against lab-confirmed cases after one week, using seven-day averages for both, the hospitalization rate has consistently been between 0.7% and 0.9% since late May. Looking at hospitalizations two weeks after a confirmed case, the rate fell from 20% in late May, to around 11% in late June, and was down to 9.1% July 26.

The death rate two weeks after a reported case fell from 4% in May to less than 1% earlier in July and is now 1.2%. The rate three weeks after a reported case fell from roughly 5% also to less than 1% and is now 1.4%. Using figures like these to compare cases to tests and hospitalizations and deaths to cases, Sanders has concluded North Carolina is doing well, and Cooper's restrictions are too severe.

Defenders of the governor will often agree with Sanders when they're pressed into a corner. They'll agree testing criteria make it difficult to understand the state of COVID-19 in North Carolina as an anonymous critic on Twitter did: "The testing metric is flawed from the start. It's incomplete ... lags with testing backlogs ... and mainly includes only people who show symptoms. It's not an accurate picture at all."

North Carolina lags the rest of the country in reporting excess deaths to the Centers for Disease Control and Prevention, which may be the best way to know the impact of COVID-19. One explanation provided by the state health department is that just 60% of deaths are reported within 10 days, which calls into question what the agency's Division of Public Health has done with money appropriated in 2015 for an electronic death records system. We can't know the COVID-19 mitigation effects on other conditions, such as mental health, child abuse, heart attacks, strokes, etc. People are seeking less health care, but there's also no way to know if, when, or how much it will rebound.

Moreover, the health department has repeatedly revised its reporting with no explanation. Reported deaths are now revised as much as two months after the fact, up and down. There's no clear indication of whether a death is someone who died of COVID-19 or simply with COVID-19. Also not reported is whether people had respiratory infections beforehand or other known risk factors. The health department may have told counties not to make death certificates available, a question that is part of a broader public records lawsuit filed in May by six North Carolina media organizations.

Even test reporting, which seemed to be based on the date of the report, has been changed, and the number of tests on previous dates is being revised both up and down. Only cases by reported date have been reported consistently.

"We will continue to be transparent at the state level," N.C. Department of Health and Human Services Secretary Mandy Cohen said July 16. But the state hasn't been transparent in providing information to the public. Adam Marshall, an attorney with the Reporters Committee for Freedom of the Press, said, "The more data that is released, the better the public is informed and the better the governments are able to figure out what needs to be done."

Charles Piller in Science Magazine wrote states' refusal "to share highly specific information for their COVID-19 cases, which some scientists warn is hampering efforts to identify targeted measures that could stem the spread of SARS-CoV-2 without full-scale lockdowns."

To judge from the science and data the Cooper administration has made available to the public, they are flying by instruments that provide incomplete, and in some cases simply wrong, information.

Joe Coletti is a senior fellow at the John Locke Foundation.