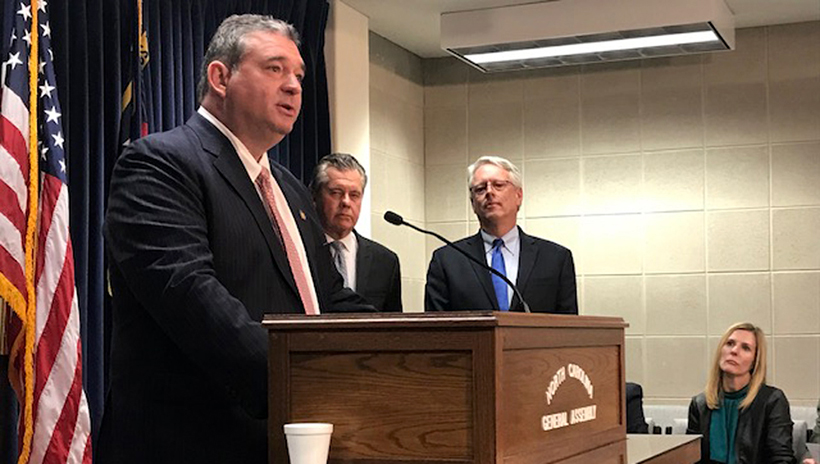 Facing federal charges of making a false statement to a bank and failing to file a tax return, powerful N.C. state lawmaker David Lewis has resigned from his position "effective immediately."

A court filing alleges that Lewis diverted $65,000 from his campaign bank account to his business in 2018, using an account known as NC GOP Inc. as a conduit. Lewis controlled the NC GOP account, which had no connection to the state Republican Party.

Less than a month after the surprise announcement that he would not seek re-election, Lewis, a Harnett County Republican, submitted a three-sentence resignation letter dated Thursday, Aug. 20. The chairman of the powerful N.C. House Rules Committee addressed the letter to the House speaker. The letter did not mention the federal charges.

"I want to thank the people of Harnett County for the privilege of serving them for the past 17 and a half years," Lewis wrote. "It has been an honor of a lifetime."

WBTV reports a longer statement from Lewis that references the criminal charges.


Political observers had known since July 24 that Lewis would not seek a 10th term in office.

In a statement posted on his website, Lewis said at the time that he was withdrawing his name from the November ballot. At the time, he did not indicate any plans to leave the General Assembly before finishing his term. The early resignation means Lewis will not take part in House sessions scheduled for early September.

"Since 2003, I've had the honor and privilege of representing the people of Harnett County, and I've taken this great responsibility seriously, offering everything I have and everything I am in service, to improve the lives of my neighbors and our community," Lewis said in July. "I'm proud of the growth both in our great state and within our beloved county, and I know the future of our community is strong."

Lewis, arguably the most powerful member of the House aside from Speaker Tim Moore, R-Cleveland, was an architect of Republican fiscal and regulatory reforms. He led election redistricting efforts in the House.