Pandemic Should Prompt Questions About Who Makes N.C. Education Policy 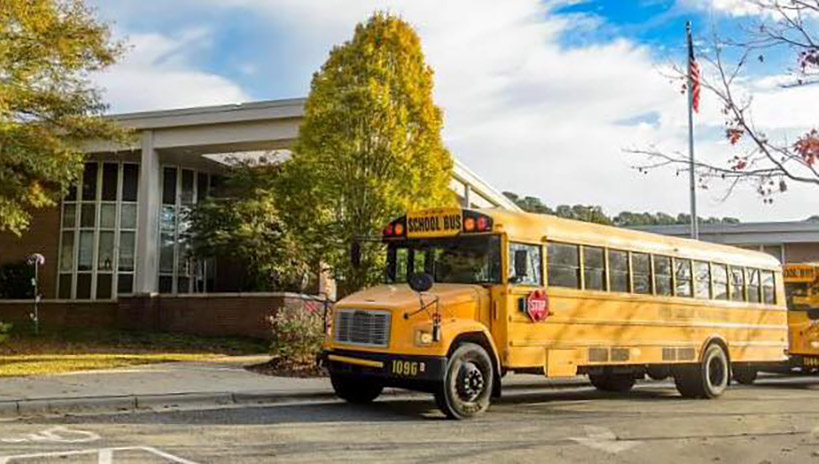 COVID-19 has upended our traditional way of educating kids. So now is a good time to ask questions about the traditions — from the schoolhouse to the statehouse.

Among the most important questions: Who makes key decisions about education in North Carolina?

An order in a longstanding court case reminds us that the answer is complicated. In a society that values accountability, the complications should raise concerns.

Most parents of school-age children have been thrust since spring into playing some — if not most — of the role of the traditional classroom teacher. The move to home-based online instruction has reminded us of the critical role teachers usually play in students' daily lives.

Many families have multiple kids with varying needs at different grade levels. Parents in those settings might have developed a renewed appreciation of the school principal's job. If they've huddled with other parents and tried to coordinate complex schedules for learning, playtime, and other activities, perhaps they've thought about the work of the local school board and superintendent.

The roles of those traditional players in local education appear fairly clear. But the picture starts to lose focus when the conversation expands to state education policy. Who sets the ground rules for school boards, principals, and classroom teachers?

Voters across North Carolina elect a state superintendent of public instruction every four years. We'll elect a new one in November: Democrat Jen Mangrum or Republican Catherine Truitt. But that superintendent does not exercise final authority over education policy.

Nor does the governor. Incumbent Gov. Roy Cooper has exercised more authority than most. He decided unilaterally to close schools in the spring. He offered local school systems limited options for reopening in the fall.

But a governor's influence over education policy typically plays out through budget proposals and appointments to the State Board of Education.

It's hard for a single governor to dominate the state board. While the governor appoints 11 of the board's 13 members, each appointment can last eight years. That means a governor could serve a full four-year term in the Executive Mansion without ever seeing his appointees constitute a board majority.

Nor does the governor have the final say over education budgets. That role belongs to the General Assembly, subject to the governor's veto. State lawmakers also write laws that direct much of the activity of the State Board of Education and the associated Department of Public Instruction.

Even if the state's education decision-making flow chart seems a bit confusing, most of us understand and accept that the governor, state superintendent, state school board, and legislators all play some role. All hold some degree of accountability to N.C. voters and taxpayers.

More surprising, and of greater concern, is the role of one semi-retired Superior Court judge and a California-based education consulting firm. Neither is accountable to the N.C. public. But both could end up playing an outsized role in state education policy.

Thanks to the ongoing Leandro school-funding lawsuit filed in 1994, Judge David Lee of Union County has become a major player in state education policy. Lee oversees court proceedings involving the Cooper administration, the State Board of Education, and litigants who seek additional state education funding.

Lee signaled plans this month to sign an order requiring the state to spend billions of dollars in the years ahead, including an immediate infusion of more than $400 million. The extra spending is tied to an effort to resolve the quarter-century-old Leandro case.

Billed as the result of an agreement among the affected parties, Lee's order raises at least three major areas of concern.

First, as confusing as the state's formal education decision-making structure might be, it makes much more sense than turning education policy over to a single judge. That's especially true of a judge based in a single judicial district who never will have to face voters again.

"Those kinds of decisions should be made by elected officials using constitutionally established means of deliberation and lawmaking, rather than by an unelected judge doing the bidding of the Leandro parties." Terry Stoops, vice president for research and director of education studies at the John Locke Foundation, offered that assessment to Carolina Journal.

A second concern involves Lee outsourcing his decisions to an even more unaccountable group. The plan for spending hundreds of millions of N.C. taxpayer dollars comes straight from a 300-page document drafted by WestEd. That's a consulting firm headquartered across the country in San Francisco.

"The WestEd report is little more than a hodgepodge of recommendations designed to satisfy politicians, technocrats, and other elites that want to spend billions more on North Carolina public schools," Stoops said.

Some ideas appear reasonable. Others appear wasteful. Still others seem pointless, such as a recommendation to change one test's name.

Most WestEd proposals deserve much more debate and deliberation before taxpayers pour hundreds of millions of dollars into supporting them.

This brings us to the third concern tied to Lee's order. WestEd's menu of policy proposals ought to be hashed out in the normal flow of public legislative debate, not in a San Francisco office building or a closed courthouse conference room. WestEd's "technocratic, elite" solutions deserve no more consideration than other ideas flowing through the halls of the state Capitol and Legislative Building.

Supporters of WestEd's recommendations should find a legislative champion. Try to push them through the General Assembly. The best ideas will survive, perhaps in an improved form. Not-so-good or lower-priority items will fall by the wayside.

If voters, taxpayers, and parents don't like the outcomes, they can respond at the ballot box.

As families spend more time these days thinking about the nuts and bolts of their children's schooling, it makes little sense to remove them — and their elected representatives — from major education decisions.