Published: Saturday, October 10th, 2020 @ 2:36 am
By: Carolina Journal   ( More Entries )
Publisher's Note: This post appears here courtesy of the Carolina Journal. The author of this post is Donald Bryson. 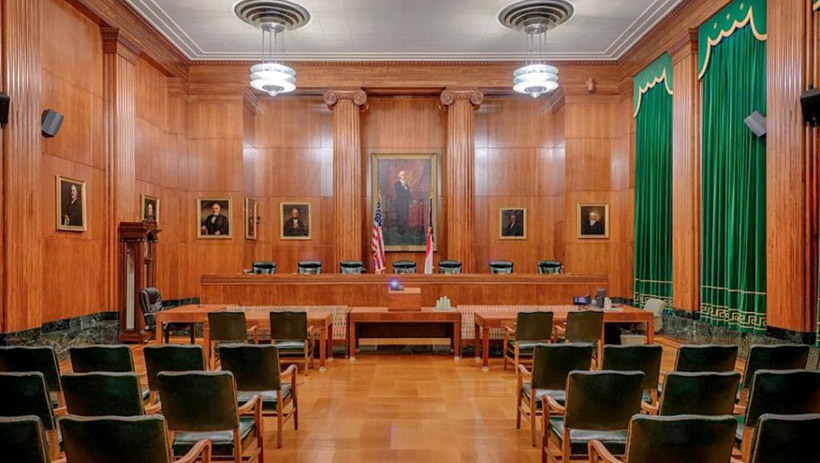 When it comes to the state's highest court, 2020 is a high-stakes year for N.C. Republicans.

Democrats now enjoy a six-to-one majority on the N.C. Supreme Court. Because North Carolina's Supreme Court Justices serve "staggered" eight-year terms, three of the seven seats are up for election this year, including the chief justice's seat.

The best-case scenario for Republicans gets them to a three-to-four minority on the court. While that's still a minority, it would be a much stronger position than having only one Republican on the bench.

If Republicans can make a clean sweep, a tall order, they're in a more advantageous position when two more Democrat justices up for re-election in 2022.

But can Republicans make a clean sweep of all three Supreme Court races this year? According to polling from the Civitas Institute and the latest campaign finance data, it's possible but difficult.

The Civitas Poll regularly fields questions termed "generic ballot tests" for Congress, the General Assembly, and the state Supreme Court. This measure is the percentage of likely voters in statewide surveys who say they intend to vote for either the Republican or the Democratic candidate for a given position. Since there are multiple judicial races, it may seem the generic ballot is too broad to forecast the outcome. But it has proven to be an accurate predictor of statewide and national partisan distribution of votes.

The latest Civitas Poll, fielded Sept. 17-20, shows the generic Democrat and Republican Supreme Court candidates tied, with 43% each. For Republicans, this is an uptick from April, when they trailed by 3%, 36 to 39. Looking into these numbers, it appears Republicans have made marked improvements with high propensity voters, men, and in the Charlotte media market.

In a state where Democrats have historically dominated in voter registration, tied on the generic ballot test is not a bad place for Republicans in September.

But two variables should give judicial Republicans concern: campaign fundraising and the undervote.

The most recent data, from the N.C. State Board of Elections, are from the second quarter campaign finance reports. According to that data, Republicans have a substantial money problem. Combined at that point, the three Democratic candidates had $2.02 million cash on hand, while the three Republican candidates had a combined $1.028 million. In other words, going into the long summer of an election year, Democrats had a nearly two-to-one cash advantage.

Looking at the race for the chief justice seat, we see a similar tale. Democrat Chief Justice Cheri Beasley's campaign, up until June 30, had raised $1.09 million and had spent $222,379. Meanwhile, Republican Justice Paul Newby's campaign had raised $598,375 and had only spent $39,111.

Democrats have been much more aggressive in the realm of campaign finance — even during a global pandemic — about fundraising than Republicans. Unfortunately for the three challenging Republicans, that means they're at a marked disadvantage.

The purpose of campaign fundraising is to promote yourself, your ideas, and your principles to the general public to garner widespread support. The ability to create more support for yourself than your candidate becomes difficult when you have a substantial financial disadvantage. It becomes even more complicated when considering the problem of the undervote.

Undervote occurs when no vote is cast for a single-choice election on the ballot. For example, in 2016, 4,741,564 people cast a vote in North Carolina for the presidential election. In 2016, there also was an election for the state Supreme Court, which saw 3,961,352 votes cast. In other words, 780,212 fewer votes, about 16.45%, were cast for the state Supreme Court than for president.

Why? Voter awareness is low. Many North Carolina voters are surprised to find we elect Supreme Court justices instead of the federal appointment model. And even if they did know, the ability to make an informed decision is more difficult because of the lack of accessible information, compared to Congress, for example. This lack of awareness is even more disturbing when considering the state's highest court's duty, weighing legal decisions on issues such as school choice, voter ID, and the death penalty.

All these issues come together to make 2020 an incredibly important judicial election year for Republicans and, even then, only working on getting to a more substantial minority on the state's highest court. But if Republicans succeed in winning at least two of the three Supreme Court races, 2022 will be hotly contested because the partisan majority of the court will hang in the balance.

On the other hand, if Democrats win all three, they'll have a majority until at least 2026.

Donald Bryson is president and CEO of the Civitas Institute, a public policy think tank in Raleigh NC. Reach him @donaldbryson