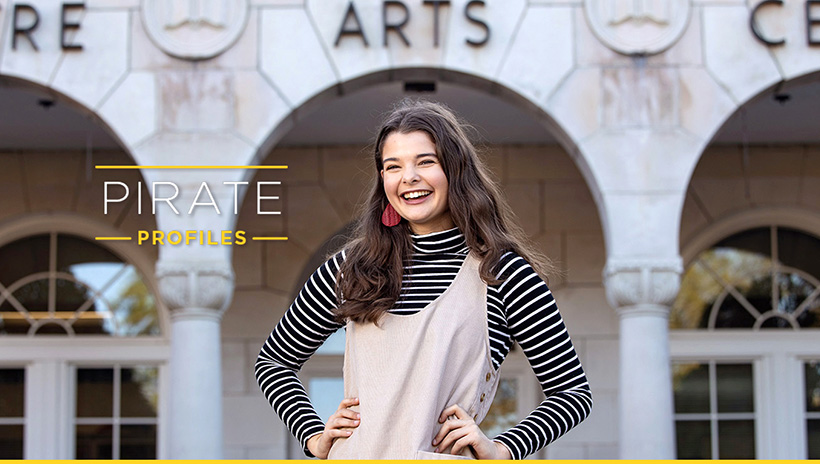 If not for an unsuccessful basketball tryout, Morgan Gillespie might not be pursuing a career in theater.

The East Carolina University senior, who graduated on Dec. 4 with a bachelor of fine arts in theatre arts, played several sports and took dance lessons growing up in Allison Park, Pennsylvania. She loved singing and tapping around her house, and always wanted to act. But sports practices and competitions conflicted with those other interests.

"My freshmen year of high school I didn't make the basketball team, which in my mind at the time was the worst thing ever. That day I told myself that I would audition for the upcoming musical at my high school. I got into the musical, which was 'Young Frankenstein,' and I completely fell in love with performing," Gillespie said. "I got bit by the theater bug and know that it's something I need to be doing for the rest of my life." 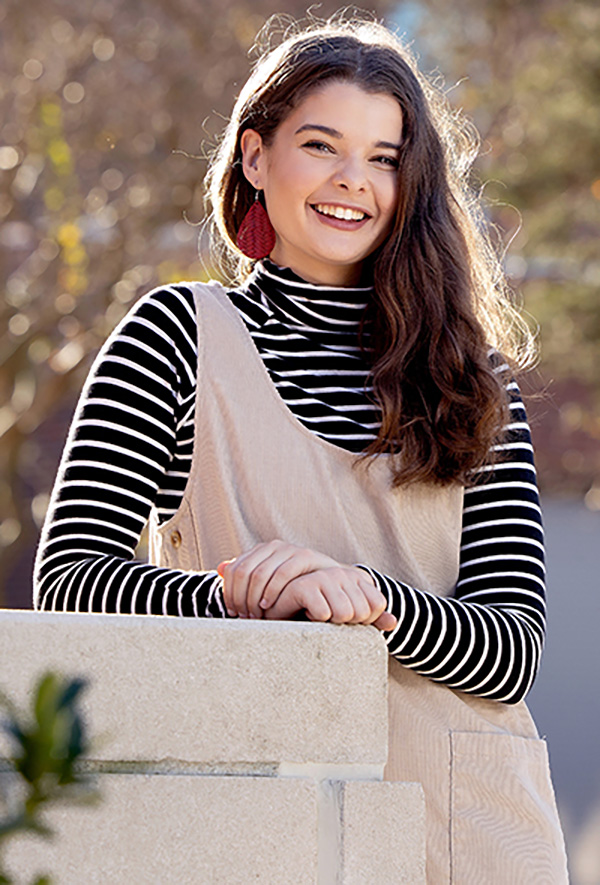 Morgan Gillespie is aiming for a new stage once the public health crisis ends.
By her senior year in high school, Gillespie applied to ECU and auditioned on campus for the musical theatre program in February 2016. She had visited the previous summer with her twin brother and parents; her mother Heidi is an ECU alumna who earned a degree in child development and family relations with a minor in psychology in 1984.

While Gillespie wasn't initially accepted into the program, she decided to attend ECU anyway as a planned musical theatre major.

"That first year, I would go to the practice rooms in Fletcher multiple times a week to work my audition cuts and monologues for the upcoming spring auditions," Gillespie said. "That year of being intended really taught me that hard work and dedication are essential to following your dreams and accomplishing goals along the way."

After being admitted to the program in the spring of her freshman year, she has been involved in mainstage productions, ECU Storybook Theatre and the Fifth Street Players. She also completed the two-year Meisner acting training program.

Morgan Gillespie is aiming for a new stage once the public health crisis ends.

One of Gillespie's favorite roles was as Little Red Riding Hood in ECU's 2019 production of "Into The Woods." Director and ECU faculty member Bryan Conger helped her nail the character, she said.

"It was difficult at times but it reminded me why I want to pursue theater professionally," Gillespie said. "It was a beautiful time of growth that I got to share with some of my best friends, and I will truly cherish it forever."

"It has been an awesome experience to creatively make art and perform despite being in a global pandemic," she said. "I cannot wait to see where theater takes me in my life. At some point I would love to be on Broadway or on the West End. I want to travel as much as possible and experience the world while performing and doing what I love. It'll definitely be a little bit before theater completely goes back to normal."

Along with staying active by dancing or biking almost daily, Gillespie plans to spend time with her family before possibly moving to New York once venues can safely reopen.

She's also learned something else from the pandemic: how to create meals with fewer than 20 ingredients in her refrigerator. "My best meals by far have been making homemade tomato soup and broccoli cheddar soup," she said.

What is something cool about ECU that you wish you knew during your first year? I would just say take advantage of this beautiful campus while you can. It wasn't here while I was a freshman, but the student center is such an awesome piece of campus. I love the outdoor study area on the third floor. It really helps me keep focused on my school work while also being able to get some fresh air. I would also say for the theatre majors to take advantage of the open dance studios and classrooms in Messick. I and my friends have had such awesome singing and dancing sessions at like 1 a.m. on a school night. Those are some of the best memories I will cherish forever. 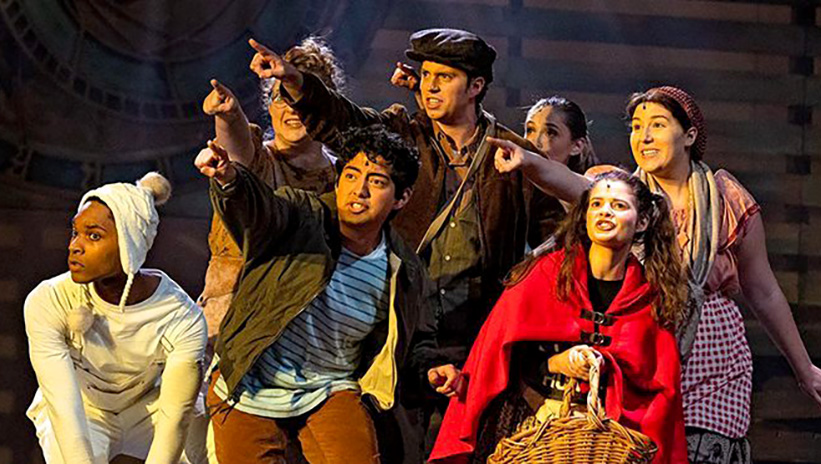 This Pirate persisted through singing, dancing and acting.