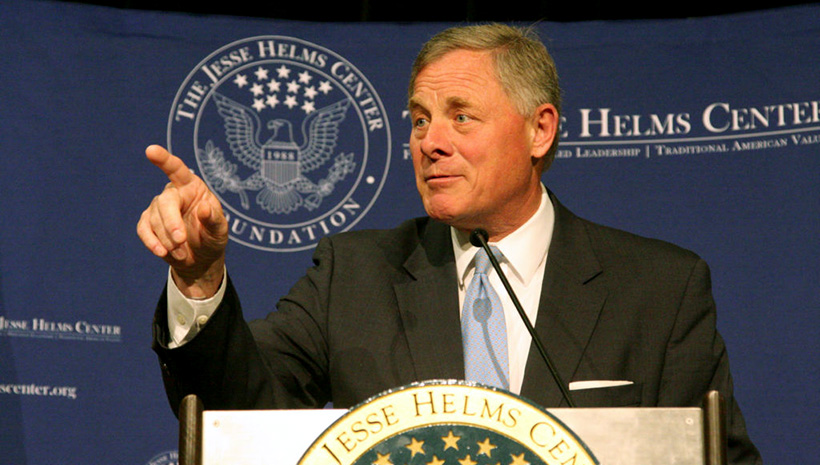 N.C. GOP Chairman Michael Whatley says former President Trump will inevitably cast a long shadow in North Carolina politics for the foreseeable future. He believes the policies Trump championed are still winning policies for 2022 and beyond.

"We had 82% Republican turnout," Whatley said. "We set a record with 2.758 million votes for Trump. I think that has staying power. I think that anybody that is going to run is going to have to adopt his agenda."

Whatley spoke about the complexity of the vote on Capital Tonight with Tim Boyum of Spectrum News.

While Burr's vote to convict shocked many, those who know him best say they weren't surprised.

"If you watch Richard over his career, he always tried to do what he thinks is right, and he does not care what the political consequences are," said Doug Heye, a former Burr communications director, in a televised interview.

"He will vote in ways that are counter to ways that people expect, added Heye. "Most notable his vote to allow gays in the military. If you follow his career you will see these examples that show he really is an independent thinker."

Burr was first elected to Congress in 1994 and to his third term in the U.S. Senate in 2016. He issued a statement following his official rebuke by party leaders.

"It is truly a sad day for North Carolina Republicans," Burr said Monday night after the censure. "My party's leadership has chosen loyalty to one man over the core principles of the Republican Party and the founders of our great nation."

Burr announced in 2016 that he would not seek re-election in 2022. He previously voted to dismiss the impeachment trial on the basis that it was unconstitutional to impeach a president who was no longer in office.

But in a move that startled and confused members of his own party, Burr joined six Republican senators in finding Trump guilty of "incitement of insurrection." He then explained in a statement that once the Senate voted to proceed with the trial, a precedent was established.

"I do not make this decision lightly, but I believe it is necessary," Burr stated. "By what he did and by what he did not do, President Trump violated his oath of office to preserve, protect and defend the Constitution of the United States."

NCGOP Central Committee party members described the meeting to Carolina Journal as "somber" and "difficult." One member is said to have become emotional in explaining his yes vote for censure while acknowledging the many positive contributions Burr has made to the N.C. Republican Party and America through his work on the intelligence committee.

The NCGOP Central Committee is made up of about 30 voting members including the party chair, vice-chair, legal counsel, treasurer, 13 congressional district chairs, and leaders of various GOP clubs across the state were unanimous in their condemnation of Burr's vote and unified in their vote to censure Burr. Several county GOP groups including Wake, Cherokee, Graham, and Clay passed resolutions of their own condemning Burr's vote with more planning to do so.

The 11th District chair Aubrey Woodard said "the vast majority of activists in my district are in favor of censuring Senator Burr to send him a message, and I think we have to stand with those activists and show we will fight with them, for them and for the party."