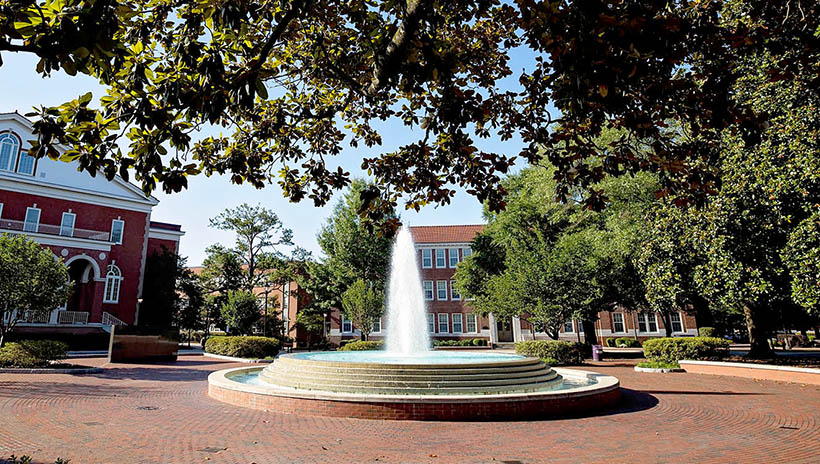 Senior theatre major and aspiring actor Haley Sanders loves creating magic for audiences under the dazzling lights of the stage. A double concentration in professional acting and theatre for youth allows her to gain experience in all aspects of theater in both college and community settings.

But off the stage, natural light and fluorescent light — like the ones in many classrooms — cause Sanders physical pain. Called cone-rod dystrophy, the eye disorder means she has extreme sensitivity to light in addition to difficulty seeing certain colors. 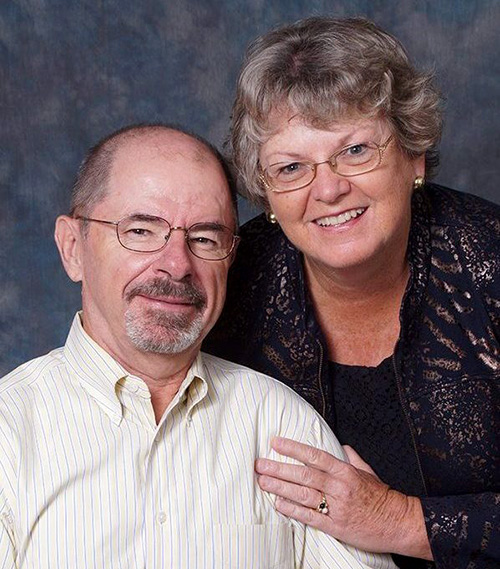 Steve and Bonnie Smith created a scholarship endowment for students with disabilities. | Photo: Contributed
"In a nutshell, it means that my eyes don't process light properly. Therefore, being outside or in bright light without sunglasses is painful. When there is a lot of light, I have a hard time with depth perception," Sanders said. "I am always wondering if I will fall because it's difficult to see where a curb is or the next step on a staircase. It's dangerous crossing the street because it's difficult to tell how far away cars are."

School is also difficult because she struggles to see computer screens and paper worksheets when the light in the room is too bright. Adaptive technologies like inverting color settings on her phone and computer help with the strain but don't eliminate it.

Sanders is one of 1,870 students registered with East Carolina University's Disability Support Services, an office that is committed to providing accessible technology and educational resources. ECU works to comply with accessibility standards to enable all users to fully participate. In addition, Sanders is the first recipient of the Stephen C. and Bonnie S. Smith Endowed Scholarship. The scholarship is awarded to students with a diagnosed disability.

"This financial aid is appreciated beyond words. In a sense it recognizes the fact that someone with a disability works a thousand times harder to receive their education. Every assignment has an added level of stress and accommodation needed to even the playing field," Sanders said.

Alumnus Steve Smith '72 and his wife, Bonnie, created the scholarship in honor of Steve's younger brother. Bill Smith, also an ECU alumnus, was born with cerebral palsy but never let it stop him from living a full life. Cerebral palsy is a motor disorder that affects a person's ability to move and maintain balance.

Steve Smith describes his brother as extremely capable and hardworking. After graduating from ECU in 1976, Bill Smith went on to get his master's degree in health care administration from the University of Maryland. He married and became a homeowner and father. But he still faced discrimination.

"He looked for a job for five years. He'd have several phone interviews with people who didn't know he was disabled. Then, he'd go in for an in-person interview. The moment he walked in with his awkward gait he could feel the air change in the room. He never complained about it. He didn't want special treatment," Steve Smith said. 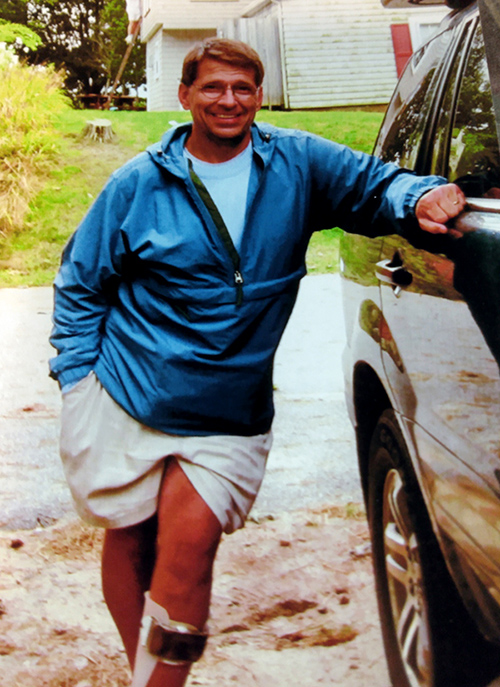 A year before his death, Bill Smith spoke at an event for the Easter Seals, a nonprofit organization for disabled children that provided him with his first pair of leg braces. In an article recapping the event, Bill described his experience living with cerebral palsy (CP).

"At first, a diagnosis of CP, or any one of a number of disabilities is a devastating event," he said. "To their credit, my family absorbed the blow, made adjustments, did their research and went about living life. We recognized it was a big problem and we had to manage the problem, but it was never a paralyzing event ... and that attitude always accrued to my benefit."

Steve and Bonnie Smith hope that, like Bill, students with disabilities can live their lives as normally and successfully as possible, which includes getting a college education.

For Sanders, her time at ECU has been filled with performances, collaborations with students on campus and in other countries, and work that inspires children through theater. After graduation, she plans to move to Atlanta to start a career on stage and screen.

Nothing, especially not a disability, will stop her from pursuing her dreams.