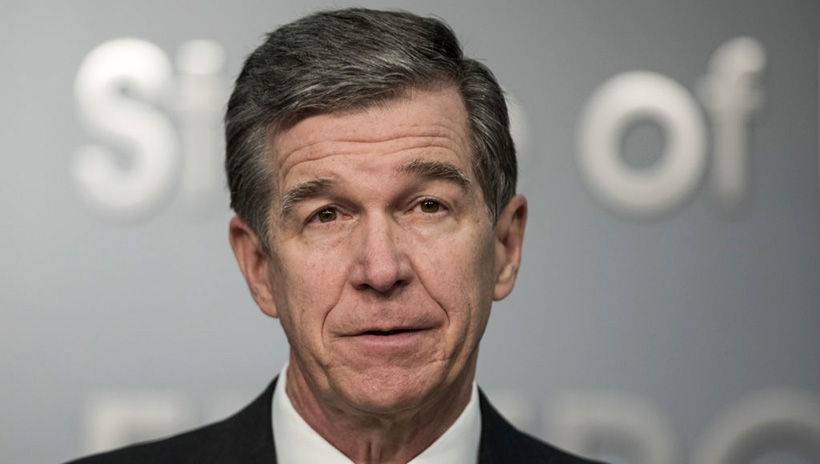 These are some key initial reactions from budget experts at the John Locke Foundation to Cooper's spending plan. State lawmakers will review Cooper's ideas as they draft their own budget proposals in the weeks ahead.

"The COVID-19 pandemic gave Gov. Cooper an opportunity to step back and reassess the way state government goes about serving the people of North Carolina," said Mitch Kokai, Locke senior political analyst. "It's unfortunate that this budget document shows little sign of such a necessary adjustment. Instead the latest Cooper budget is like others he has presented. It's a political document designed to score partisan points."

Cooper would spend $2.8 billion more in 2021-22 than the state budgeted for this year. "That's an 11.6% increase," said Joseph Coletti, Locke senior fellow in fiscal studies. "That is 9.3% ($2.2 billion) more than the rate of inflation and population growth for the year. It is also 4.9% ($1.2 billion) more than the level needed to place state appropriations back on the path state government faced before Gov. Cooper stalled spending increases with his budget vetoes two years ago."

The governor's proposed $4.7 billion bond package for a November 2021 statewide vote also raises concerns. "There is no reason to borrow," Coletti said. "The governor's budget leaves $1.7 billion unspent in the first year only to use it all during the second year. Appropriations in each year would exceed available revenue, which puts the state on an unsustainable path."

"The $4.7 billion bond plan would increase the state's fiscal fragility," Coletti added. "Basing the bond on today's interest rates ignores that bonds would be sold over many years, and rates are already climbing. Holding the bond vote this fall means there would be extremely low turnout. If a bond really is necessary, it can wait until November 2022 when more voters will have a voice."

Cooper deserves credit for avoiding proposed tax increases. But two items he describes as tax "cuts" raise red flags, Coletti said. "The state earned income tax credit is still a bad idea for North Carolina," he said. "It keeps all of the challenges of improper payments from the federal EITC with none of the benefit of providing significant incentives to work."

A new tax credit for child and dependent care amounts to a subsidy that could be addressed in other ways. "A higher standard deduction, lower personal income tax rate, and higher child deduction provide many of the same benefits to families without the complication and other concerns linked to Cooper's proposals."

Cooper continues to push for expanded eligibility for the state's Medicaid program. It's a goal he's pursued since taking office in 2017. Republican legislative leaders have repeatedly rejected the idea.

"Gov. Cooper hides the cost of Medicaid expansion, though his budget acknowledges it to be at least $500 million to cover 600,000 people," Coletti said. "That likely still underestimates the cost to the state and continues to assume hospitals will cover the gap in the long term, something they have been reluctant to do in the past."

"It is Christmas in March — thanks largely to gigantic federal stimulus bills. Cooper said the proposed pay raises reflect that educators had not received a pay raise in recent years. Of course, let's not forget, the governor vetoed teacher pay raises four times."

There's one notable omission from Cooper's "hefty" $804 million increase in education spending over the next two years, Luebke said.

"Evidently, the governor could not find any additional funds to help poor children find a better school," he said. "As he has done in previous years, Cooper recommends eliminating the popular Opportunity Scholarship Program, which currently enrolls almost 16,000 students. So much for all that talk about helping poor kids and getting a chance at a better life."

The budget discussion now shifts to the General Assembly. "Crafting a budget in the uncertain times surrounding COVID-19 is tough — there's no question about it," Kokai said. "But Gov. Cooper has decided not to make the tough, serious decisions about state government spending that would allow his proposal to get serious consideration from the General Assembly."

"The governor emphasizes that everything is on the table as budget negotiations move forward," Kokai added. "Let's hope that means he will accept good ideas for enhancing the state's economy, education, and health — while dropping proposals that would move North Carolina in the wrong direction."
Go Back