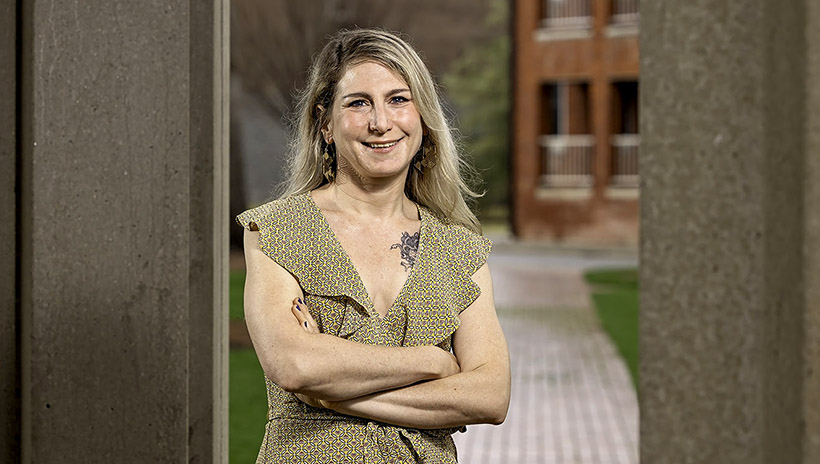 Dr. Amanda Ann Klein has published a book exploring MTV’s shift to reality programming and what it reveals about the network’s target audience. | Photo: Cliff Hollis

When MTV launched in 1981 with "Video Killed the Radio Star" by the Buggles, it was billed as a 24-hour video jukebox, and the success of that format showed that it was possible for a cable network to succeed by identifying and targeting a market niche and tailoring content for that specific audience.

MTV targeted the youth audience, specifically Generation X, loosely defined as American children born between 1965 and 1982, said Dr. Amanda Ann Klein, associate professor of film studies at East Carolina University. But beginning in the mid-1990s and for the next decade and a half, Gen X began to grow up and age out. MTV responded with audience research to figure out how to stay relevant with a new generation of youth — millennials. 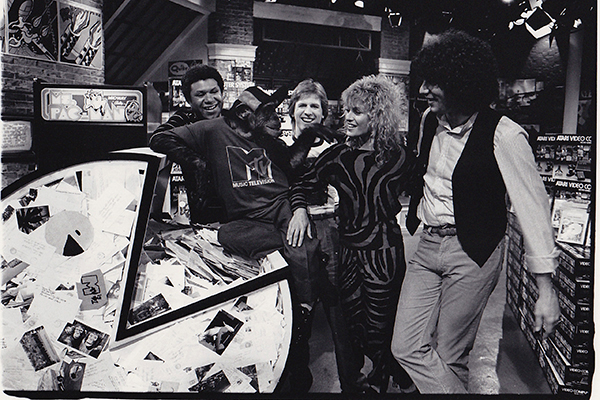 When MTV launched in 1981, the network was billed as a 24-hour video jukebox. The studio was designed to appeal to its youth audience. | Photo: Contributed
As a result, by the early 2000s catching a music video on MTV became difficult, and in 2010 the network dropped the word "music" from its corporate logo and branding, an acknowledgement that the youth market was the most important thing, not the music.

Klein's new book, "Millennials Killed the Video Star," explores how MTV shifted its programming toward identity-based reality shows and what that shift can tell us about the generation of youth that became its new target audience.

"It's always good to point out when you talk about generations and these kind of labels that it's not a real thing; it's not like you're born in this or that year so you're fundamentally different from someone who was born (at a different time)," she said. "But talking about generations can be a really useful way to look at someone's social location. I'm impacted by my gender, my race, my social class, my education, but a factor in how I see the world and my touchstone for experiences is when I was born.

"And so MTV is really interesting when talking about youth culture, because it's a channel that's about targeting youth."

MTV's experiment with reality television started in the early '90s with "The Real World," she said, and really picked up steam after the success of "Laguna Beach," which debuted in 2004.

"And so you see in these later MTV series these opportunities for white kids to feel like they have an identity. You see that really strongly in shows like 'Jersey Shore' and 'Buck Wild.'" 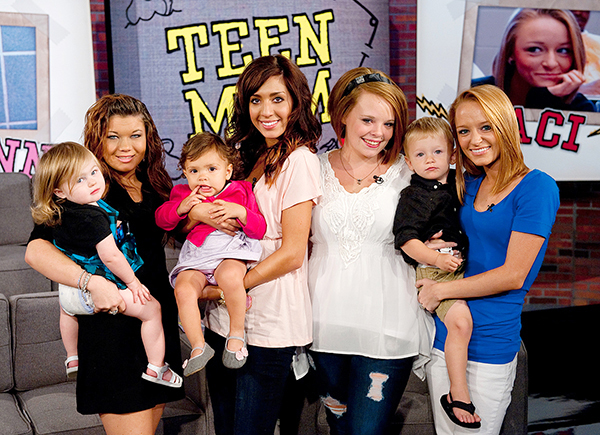 By the mid-2000s MTV had shifted its programming almost entirely to reality shows such as “Teen Mom,” which debuted in 2009. | Photo: Contributed
As MTV researched its youth audience they found that millennials were comfortable filming themselves and being filmed because they've always had the technology to do it, and who also felt that they were interesting, that their own lives, experiences and reactions were worth documenting.

At the same time, the youth were learning and exploring how to craft their own identities and portray them in a curated fashion using social media. But Klein makes clear that this freedom to pick and choose identities is generally offered only to white youth audiences.

Drawing on interviews with producers and actors from several of the shows, Klein's book shows "how MTV generated a coherent discourse on youth and identity by intentionally leveraging stereotypes about race, ethnicity, gender and class."

Klein also examined shows like "The Hills" and "Teen Mom" in the context of white women's identities and post-feminism. The former shows girls who have it all and portrays them as go-getters, while the latter shows girls who are failing because they've made a mistake — they've had sex and gotten pregnant, she said.

"So these models that are presented to girls are that if you're successful, you've done it all yourself. And if you failed, you're also responsible for that," Klein said. "It kind of ignores all of the influences and circumstances that really may have played a big role in that."

The title of the book is a reference to the network's first video and to the perceived economic power of millennials; a headline trend in the 2010s blamed the generation and its consumer tastes for the decline of entire industries.

Klein's work on youth culture and reality television has resulted in several media appearances of her own, including on E! Entertainment's series "For Real: The Story of Reality TV," which premiered March 25. And Salon.com published an excerpt of the book related to the guido stereotype featured in "Jersey Shore."

For more information or to read the introduction chapter, visit "Millennials Killed the Video Star."
Go Back