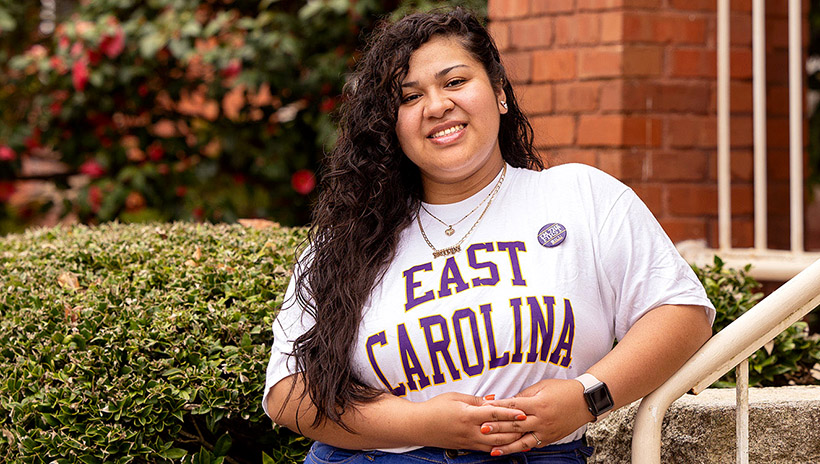 Jocelyne Alfaro-Ruiz is a first-generation student and president of the student-led I’m the First organization at ECU. | Photo: Rhett Butler 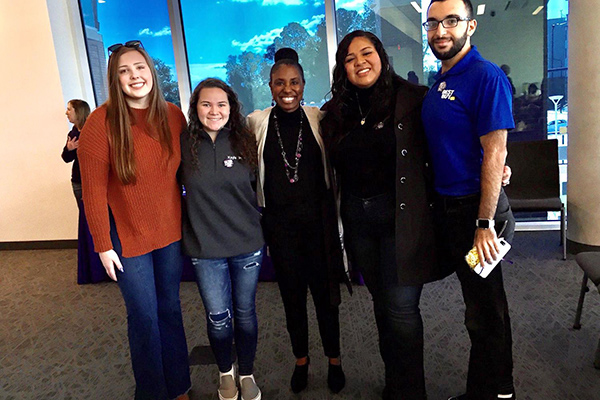 Left to right, Cheyenne Kober, Kayla Brown, Vice Chancellor of Student Affairs Dr. Virginia Hardy, Jocelyne Alfaro-Ruiz and Mohammad Sarsour attended the National First-Generation Celebration in 2019. | Photo: Contributed
Being the first in a family to attend college can be exciting and challenging all at once.

Kayla Brown, a junior and first-generation student at East Carolina University, said there were many unknowns beginning with the college application process, figuring out how to apply for financial aid, and completing other paperwork that is needed to simply be a student.

It was a struggle, but things got easier, Brown said, especially with ECU's resources.

In recognition of ECU's commitment to first-generation student success, the university was recently selected as a member of the 2021-22 First-gen Forward cohort by the Center for First-generation Student Success. The national organization is an initiative of NASPA, which is the Student Affairs Administrators in Higher Education organization, and the Suder Foundation.

ECU will be able to network with national and regional colleagues of First-gen Forward institutions and will benefit from professional development, community-building experiences and access to the center's research and resources.

At ECU, a student-run organization called I'm the First provides peer support through monthly meetings, and social and informational activities geared for first-generation students. Brown is a member and mentor for incoming students along with club president Jocelyne Alfaro-Ruiz, who has been involved since the group was founded in 2018.

"We help each other navigate through college and life as well sharing tips and previous experiences," Alfaro-Ruiz said. "We also have implemented a mentor and mentee program that helps the development of professional skills by providing members with tools and resources. We hold each other accountable, providing support and encouragement along the way." 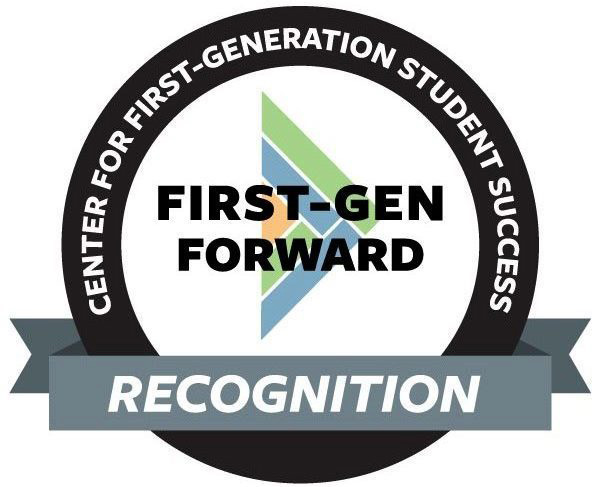 ECU is a First-gen Forward institution.

Alfaro-Ruiz experienced many challenges and obstacles, especially at the start of her college career, when she felt she was at a disadvantage without insight about what to expect academically or socially.

"Many times I felt like an imposter because I truly believed I did not belong here," she said. "My biggest challenge that I faced was the guilt I felt for deciding to come to college and leaving my family behind. When I was home I had a big role in my family as most first-gen do, but especially since neither of my parents speak English and I was leaving my little sister alone.

"It took me a long time to be happy with my decision because I felt like I was failing my family. I was not able to meet the same demands that I had while I was at home, and I was not able to go home to see my family because they didn't understand the academic demand I had. When I did go home they never understood why I spent half of my time doing schoolwork instead of spending it with them."

An important step for first-generation students is asking for help when they need it, said Alfaro-Ruiz, who is from Kernersville and will graduate with a bachelor's degree in biology in May.

"A common feeling among us is 'I have to do it myself.' We demand high standards from ourselves in order to show our family and others that we can do it. Many times we see asking for help as a sign of weakness because up to the point before college, we relied on ourselves," she said.

"If I ever had questions, I knew who to ask and what to do after that class," Brown said. 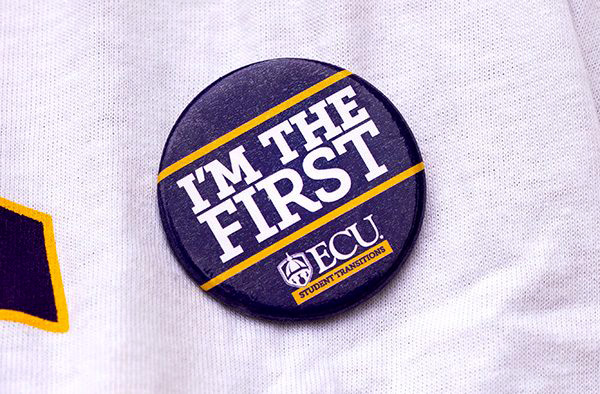 I'm the First was founded by students in 2018 at ECU to provide peer support for first-generation students. | Photo: Rhett Butler

Alfaro-Ruiz said the class helped her step out of her comfort zone. "There were assignments where I had to meet with professors or go to events. I lost some of my fear after coming to the realization that the university does everything they can to help us, BUT we have to ask. ECU has many resources and tools that are available to help guide us in the right direction."

For the past four years, ECU has participated in the National First-Generation College Celebration with events ranging from receptions to panel discussions about supporting first-generation students.

At orientation, there's a session for family members of first-generation undergraduate students to help them learn how to support their student in the transition to college and what to expect, Smith said.

For students making their college decisions this spring, Alfaro-Ruiz and Brown want them to know they belong and won't be alone at ECU.

"I would like to tell incoming first-gen students that there is always a spot for them here and not to worry," said Brown, a biology major with a concentration in ecology who is from Richlands. "Do not stress yourself out when you are stuck because there are unlimited resources for you. And make as many connections with people as you can."

ECU is one of 58 institutions selected in the 2021-22 class of First-gen Forward, the nation's first recognition program acknowledging higher education institutions for their commitment to first-generation student success. ECU joins a group of 157 colleges and universities from two previous cohorts in the national organization. 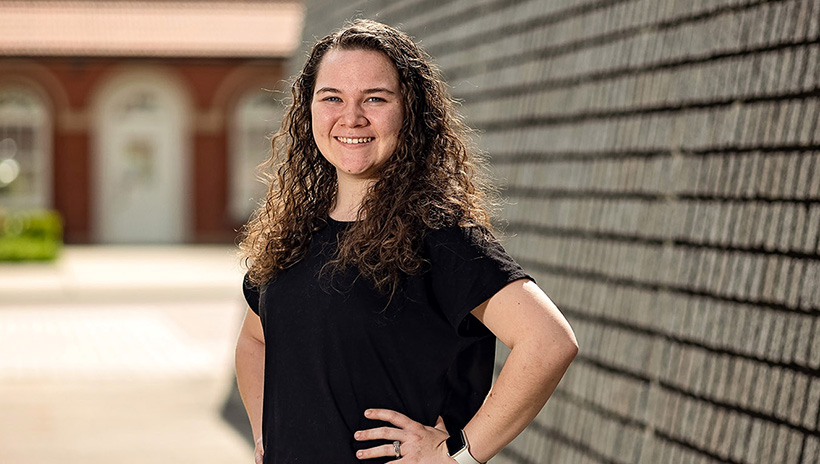 Kayla Brown of Richlands is a junior biology major at ECU, where she is a member of I'm the First. | Photo: Cliff Hollis
Go Back