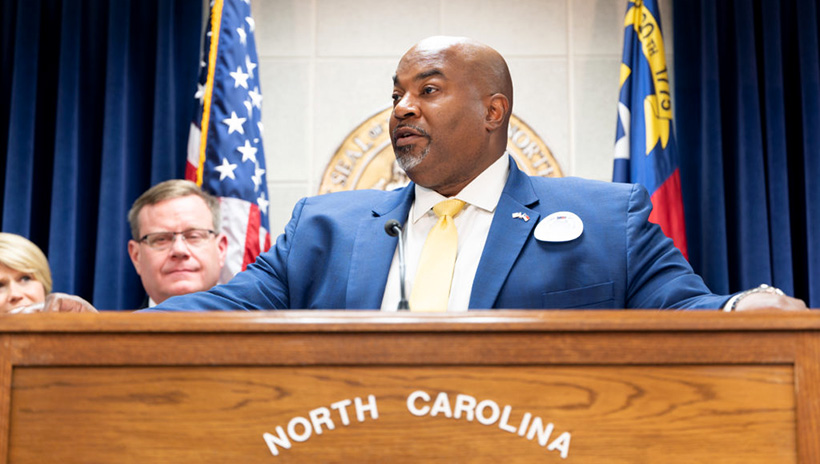 Lt. Gov. Mark Robinson and the Senate's top officer are calling out Charlotte-Mecklenburg school leaders, after the state's second-largest school system paid $25,000 to a top proponent of Critical Race Theory.

"This is clear and direct evidence that Critical Race Theory is being pushed in North Carolina," Robinson said in a statement released Wednesday from the state Senate. "The fact that a public school district would pay someone who chooses to teach others that 'the only remedy to past discrimination is present discrimination' is unimaginable.

"This kind of thinking does not help us move forward from the days of Jim Crow, in fact, it is leading us back to them," Robinson added. "This makes it clear that the left is working to bring back a racial divide and not unity. It is time that we all take a stand as Americans against Critical Race Theory."

Kendi also opposes capitalism, according to the release. "He advocates an overthrow (death by 'unnatural causes') of the economic system that has generated more wealth and progress than any in the history of the world," the release reports. "He wrote, 'Capitalism is essentially racist; racism is essentially capitalist. ... [T]hey shall one day die together from unnatural causes.'"

Berger and Robinson assign importance to CMS' apparent endorsement of Kendi's views. "This is not some footnote to a school curriculum's consideration of America's racial past," according to the news release. "This is the state's second-largest school district embracing a discriminatory ideology by paying $25,000 to learn from the ideology's most prominent adherent."

"To say I'm troubled by this insidious, discriminatory doctrine's creep into North Carolina public schools is an understatement," Berger said. "Children must not be taught that it is appropriate to engage in 'present discrimination,' and public schools must be held to account for advancing this dangerous line of thinking."

It's not clear from the news release whether Berger or Robinson plan to pursue any official action targeting CMS because of the $25,000 payment to Kendi.
Go Back